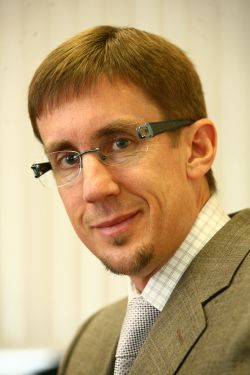 Doing business in Russia is a fascinating experience for many reasons. It is almost always a multicultural experience involving some combination of participants from countries of virtually every continent, in addition to Russians. But for me the most intriguing part is the Russians themselves, as well as the complex set of perspectives that shape the prism through which any individual Russian views a personal or business relationship or decision. This essay explores one of the less apparent, but powerful, factors that forms an important component of many Russians’ view of the world and life. It is a factor that has become deeply imbedded in the Russian character, particularly during the last century.

History teaches Russians that the power of fate to destroy is such that few institutions are strong enough to last — be they governments, banks or corporations. For most Russians, the foundation of stability in life is provided not through savings or life insurance, but through owning one’s own apartment. Receiving an apartment was the ultimate achievement during Soviet times, and it remains the primary goal of most young families today. This priority will be familiar to people of other cultures.

The difference arises when it comes to saving for, buying and choosing the location of the apartment and reliability of their employers.

Perhaps Russians value personal relationships so much because they put little trust in institutions and believe that fate is a capricious force that preys on us all. If it is difficult for an employer to convince most of the staff that the company’s mission is great and holy, although there is a distinct strain of believers that will enthusiastically embrace corporate infallibility, it is quite realistic to grow a strong sense of community and family at work.

The team, or kollektiv, can be an amazingly strong binding force that drives incredible commitment and sacrifice. There can exist an extremely strong sense that we are in this together, that we must stick together to overcome the threat of some outside force, be it competitors, the tax authorities, market forces or corporate headquarters. The veteran Russian kollektiv will display the same sense of camaraderie found among soldiers who have survived a campaign together.

Equally, it can also present an unassailable wall for the expat manager who is viewed as an outsider. Corporations and leaders seeking to develop and change a local Russian business, particularly one that has successfully navigated the dynamic growth and crises of the last 20 years, must recognize the challenge and opportunity that a strong kollektiv represents. All successful organizations exhibit a natural resistance to change. But here such resistance is often underpinned by the deeply ingrained Russian yearning for stability and fear of change — that hand of fate that may once again come and sweep away everything one has built.

Fifteen years after moving to Russia, I find myself in a strangely contradictory position. I spend most of my time working in Russian with a largely Russian kollektiv in which we have grown up and experienced a lot of success together. At home I am absorbed in a loving Russian-American extended family. As the head of our kollektiv — which is now the Russian branch of a major international corporation — I am challenged to lead change and growth without becoming the destructive hand of fate in the eyes of our kollektiv. I seek to retain my credibility at headquarters as the right leader who understands where we must go and has the will to take us there, while retaining the trust of my colleagues that I will not betray them for the sake of career.

Five years into the role, we seem to have made some progress along the right path. Frankly, the global economic crisis that hit Russia hard has been a help. It presented an undeniable need to change to a group that had unavoidably become somewhat spoiled by success. It brought near ruin to several competitors while leaving us relatively intact, which helped convince the head office that we more or less have the right approach. And it helped me personally recognize that part of being loyal to the kollektiv is facing up to change and getting out in front of it, rather than reacting to it. But there are plenty of interesting challenges ahead — we have a long way to go, and who knows what fate has in store for us next!

Be it selling change to a successful team or designing a market campaign for a new product or service, the expat should do his best to take into account how strongly fate hangs in the background of the Russian psyche.