If we find ourselves in hell, what voice will we scream with?  "Not with our own," observed the Russian writer Andrei Sinyavsky in his 1973 book of gulag reflections, "A Voice from the Chorus." The implication was existential: hell can be defined as a place where we have lost touch with our true selves.

The search for authentic identity is a major preoccupation of modern culture that is often experienced at a personal level. The war in Ukraine has seen this coming out in national form, however, as the war can be seen as an attempt by the Russian state to assert a certain kind of imperial identity. And, in view of the Russian Orthodox Church’s endorsement of the war, it is an identity containing both political and religious elements.

Many people find this version of the Russian voice unconvincing in light of the war though: both Russians and those with an affection for Russia do not believe that brutal violence and systematic lying can ever reflect the true spirit of the country.

Fortunately, there are other voices present in Russian spirituality and culture — voices pointing to a more thoughtful kind of country.

Churchmen and thinkers alike have often encouraged people to listen to the voice of conscience in their hearts, while also warning them that if they are not careful they can become desensitized to it.

The 19th century Russian bishop Ignaty Bryanchaninov described conscience as a "subtle bright voice" that distinguished good from evil. By contrast, evil "darkens, dulls and deadens" the soul, he said.

Sculptor Ernst Neizvestny’s famous design for Khrushchev’s gravestone in Moscow’s Novodevichy cemetery contains blocks of black and white marble facing each other. The implication being that the Soviet leader was a contradictory figure. There were, one could say, different voices at work within him, just as there are in everyone.

Clearly, people can lose their moral bearings or speak with self-seeking agendas. But the Russian priest Father Alexander Men — an influential figure in the late Soviet era — was optimistic enough to believe that people’s motivations could undergo fundamental change. He called love mankind's "highest happiness" and defined it as people being "internally available" to others. He also maintained that the grace of Christ could change individuals to such an extent that they could see others — even those they were initially repelled by — in a completely different light.

In Orthodoxy, the concept of sobornost (spiritual unity) is much emphasized. It has some attractive features to it, although it loses its appeal when it is politicized. Ideally, any unifying framework, if it is to be effective, contains space within it for people to express their distinctive voices and individual gifts. A well-functioning choir or committee will reflect this.

As another Russian priest, Father Serafim Batyukov once observed, people have very different personalities: "Every bird has its own flight. An eagle flies in the clouds, while the nightingale sits on the branch, but each of them glorifies God. And there is no need for a nightingale to be an eagle."

Can moral recovery occur at a national level? Can nations be reconfigured, as well as individuals? These are questions relevant to many countries, not just Russia. Germans wrestled with them after 1945. The legacy of misrule in the British empire is still evident in various ways.  Most countries have taken a wrong turn at some point in their history.

In Russian spirituality, the word prelest (charm) is often used to refer to the temptations and fantasies that sometimes assail people and draw them away from a grounded view of life. This can arguably also apply at the political or national level, as aren't nationalism, materialism, and individualism in their extreme forms all types of prelest?

Due to the relational nature of human identity, our own voices — personal and national — are often shaped by the voices we choose to listen to. If we listen to impulsive, strident voices, we can in turn find ourselves becoming more aggressive and less in control of our responses.

A well-known episode in the Jewish scriptures has Elijah finding God’s wisdom in the "still small voice" — rather than in the more obvious forms of earthquake, wind, and fire. The traditional Russian version of the same phrase is "gentle breeze" (tikhii veter). When we do not take time to become conscious of this breeze it can easily be missed, with potentially significant consequences.

"How many divisions does the Pope have?" Stalin famously asked, failing to understand that strength cannot be measured in purely military terms. The idea that spiritual power — though of a different order — is sufficiently real is neatly expressed in Mussorgsky’s "A Night on a Bare Mountain." The music depicting a witches' sabbath and the night-time presence of evil forces is impressively tumultuous. But in the morning a quiet bell rings and the darker powers disperse.

Russia wants its voice to be heard. But which voice? Which voices from its history will Russia choose to heed as it seeks to respond to the challenges it faces in the world today? Currently, its voice is being drowned out by the sounds of missiles and bombs exploding in Ukraine. But embedded in Russian history and culture are other voices articulating a more universal message that the world might genuinely benefit from hearing. 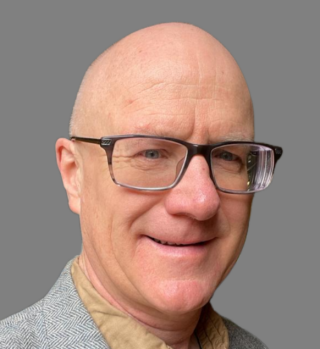 Dr Philip Boobbyer is a Reader in History at the University of Kent.
Read more about: Religion , Culture

The comments follow the beheading of a French schoolteacher for showing cartoons of the Prophet Muhammad to students.
church and state

The cathedral will be crowned by a 46-meter (150 feet) bell tower surrounded by more than a dozen domes.
clash of views

Russia Is No Nirvana: How Yogis Are Becoming a Persecuted Minority

An innocuous blend of gymnastics and Eastern philosophy increasingly popular with Russians has found itself the latest target of a series of repressive...