Western governments have not made a formal finding of responsibility for this week’s sabotage attacks on two Russian underwater pipelines carrying natural gas to Europe. While all of the evidence is being carefully reviewed, it seems reasonable to expect that some of it will soon be declassified. In the meantime, NATO, the European Union, and key figures like International Energy Agency director Fatih Birol are not holding back about the identity of the culprit. “It is very obvious… who was behind this issue,” the latter said on Sept. 29. At the same time, Russian officials are unsurprisingly placing the blame on the West and have convened a United Nations Security Council session to discuss the matter.

There are aspects of this mystery that resemble an Agatha Christie novel, in which nearly everyone involved appears to have a motive or would benefit from the outcome. It’s useful, therefore, even as a thought experiment, to look at what we know (and don’t know) about what happened and the all-important question of who stands to benefit.

Unlike an oil spill, gas leakage is relatively harmless for the surrounding area. At the same time, some climate experts are warning that the amount of methane — a powerful greenhouse gas — being released from the damaged pipelines could have a significant impact on climate change. According to initial estimates, a total of 500 million cubic meters of gas was lost, which is the equivalent of 8 million tons of carbon dioxide, or 1/5000 of annual global CO2 emissions.

In a normal political and business environment, all three damaged sections could probably be repaired within a year by a single repair fleet. It is quite possible that the biggest problem would be not the subsea work itself, but pumping out the water from the three 1,200-kilometer stretches of the pipelines. Rock debris would also have to be cleared out lest it damage the inside of the pipelines once the flow is restored. Another concern would be the state of the inside polymer coating, which is not designed to withstand prolonged contact with seawater. The total bill might run into hundreds of millions of dollars, maybe even billions, but it is a small fraction of Gazprom’s annual budget.

The work would require specialized equipment, and here the circumstances for Nord Stream 1 and 2 are quite different. Nоrd Stream AG is formally a Swiss company, not subject to any sanctions, and a member of the Pipeline Subsea and Repair Intervention Pool led by Norway’s Equinor, which provides its members with access to specialist equipment and crews.

Nord Stream 2, however, was sanctioned by the United States, and the pipelaying was completed solely by Russian ships. The pipeline was completed last year but never launched: Germany put an end to the project in February, two days before Russia’s invasion of Ukraine. The repairs would require a work permit from the Danish government, since it would be carried out in their territorial waters. Given the current political environment, it probably would be very difficult to obtain such permission. There are provisions within the existing sanctions for a waiver to be issued if work is needed to prevent damage to the environment or to navigational safety. Nord Stream 2 might apply on those grounds, but it is unlikely to be granted. Most likely, any repairs will have to wait until the end of the war in Ukraine, if not longer.

Given the reports of explosions and the statistical unlikelihood of three accidents occurring on the same day, sabotage seems certain. The charges could have been delivered in several ways: as depth charges dropped from a surface ship or even from a plane, or as explosives with a delayed charge installed by divers or delivered by a submarine, or even from inside the pipeline, the same way that a pipeline inspection gauge (a “pig”) goes through Nord Stream 1 every year to inspect it and remove debris and sludge.

The scale of the operation — the multiple sites and amount of explosives involved — suggests the involvement of a state. Despite initial speculation that the attack could have been the work of non-state actors, that seems highly unlikely. Given reported drone sightings near oil and gas platforms in the North Sea in recent months, European and U.S. officials and energy companies have every reason to be worried about what Moscow is up to. Certainly, there will be very close inspection of global flight tracking services and MarineTraffic data by both professionals and amateurs looking for possible culprits. The Baltic Sea is a busy place, of course, but it can be assumed that governments, military units, and companies are already pooling their information.

Some commentators have already leaped to self-serving conclusions that simply raise eyebrows. Russian Foreign Ministry spokesperson Maria Zakharova, for example, claimed that the attacks occurred in “countries that are completed controlled by the U.S. intelligence services.” Fox News television personality Tucker Carlson also implied a U.S. role in the explosions. “If you are Vladimir Putin, you would have to be a suicidal moron to blow up your own energy pipeline,” Carlson argued. “That’s the one thing you would never do.”

The explosions are clearly rattling Western governments that are already on edge following Putin’s nuclear saber-rattling in a Sept. 21 address to the nation. The current state of energy flows in Europe, however, was not directly impacted, nor is there any immediate economic effect. That is because Nord Stream stopped operating at the beginning of September following gradual supply reductions during the summer, whereas Nord Stream 2, despite containing gas, was never launched. Europe was not counting on the resumption of supplies by this route any time soon, and the pipelines were in any event doomed to lose their value in coming years as Europe moves to procure its gas from anywhere other than Russia. In strictly economic and commercial terms, this case might be the equivalent of the traditional potlatch ceremony held by Native Americans, a spectacular destruction of a dysfunctional piece of infrastructure with little residual value.

The attack may, however, have signaling value. If so, that does change the strategic landscape in the energy war. If perpetrated by Russia, the signaling value toward the West — which would certainly know Russia is behind the explosions — may be a threat to the rest of the marine energy infrastructure. Back in 2021, Putin told a gathering of military leaders: "If our Western colleagues continue the obviously aggressive stance, we will take appropriate retaliatory military-technical measures and react harshly to unfriendly steps. I want to emphasize that we have every right to do so." Was the Nord Stream attack a hint that similar mishaps might happen to some or all of the seven major pipelines delivering Norwegian gas to the UK and continental Europe? The explosions coincided with the inauguration of the Baltic Pipe taking Norwegian gas to Poland, so this is hardly an academic hypothesis.

One irony of the attack is that Russia’s Gazprom potentially stands to benefit: it will no longer need to invent excuses not to supply Europe via Nord Stream 1. Now it can claim a force majeure, which will dramatically reduce the risk of compensation claims for non-delivered volumes. This logic, however, does not explain the damage caused to Nord Stream 2. On the other hand, the Nord Stream consortium companies and eventually Gazprom might even hope to collect some insurance for the damaged pipelines. Given that they already looked set to become a stranded asset, that would be far from the worst outcome for the giant company.

The elimination of Nord Stream’s gas supply capacity from the European energy equation also strengthens Ukraine's hand. Ukraine’s fear ever since 2014 has been that if forced to choose between Russian gas and support for Ukraine, Europe might choose the former and abandon Ukraine, and as long as non-Ukrainian supply routes existed, Ukraine would not be able to stop Russia from supplying Europe. This was one of the reasons why Ukraine opposed the construction of Nord Stream 2.

The explosions have removed some optionality and thus changed the state of the board for some players. Russia has lost the opportunity to offer an easy restoration of gas supplies to Europe in exchange for concessions from the West. For the Europeans, there is no longer the risk that binding contracts to buy more expensive gas will become loss-making if Russia suddenly floods the market with cheap gas following some sort of de-escalation.

In theory, Russia still has the physical capacity to increase gas supplies to Europe. It could accomplish that by relying on another non-commissioned line of Nord Stream 2 that was spared the explosion (though there are reports that this last line might also have been damaged after all), or the Yamal-Europe pipeline. Together they have a capacity of 60 billion cubic meters per annum, or 40% of the pre-war supply volumes. However, with the Yamal-Europe pipeline controlled by Poland, a resolute ally of Ukraine, and Nord Stream 2 having yet to be launched, pulling any of this off would be a lot more difficult than simply switching on Nord Stream 1 again.

Neither Miss Marple nor Hercule Poirot will be turning up to solve the mystery of who was behind the pipeline explosions. But in today’s increasingly transparent world, the truth might not stay buried for long.

This article was first published by the Carnegie Endowment for International Peace. 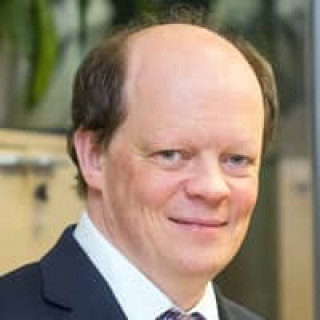 Sergey Vakulenko is an independent energy analyst based in Bonn, Germany.

Russian President Vladimir Putin on Wednesday said his country was a reliable energy supplier and blamed the West for disruptions on the market at an energy...
Start-stop rigamarole

Europe has been on edge over soaring energy prices as Russia curbed its gas deliveries in the wake of its invasion of Ukraine.
ENERGY RELIANCE