Corrected to reflected the fact that lawyer Ivan Pavlov is not facing treason charges in Russia.

For legal adviser Andrei Rinchino, each day begins by sorting through dozens of new messages from Russian soldiers and their families.

Each message is different but all are looking for the same thing: Rinchino’s guidance on how to quit the Russian army or avoid being sent to fight in Ukraine.

“A couple of weeks ago one of my followers wrote to me that her son and some of his fellow soldiers at the front handed in their notices,” said Rinchino, who is head of the legal department at the Free Buryatia Foundation, an anti-war organization founded by members of Russia’s indigenous Buryat community.

“A hundred people all [resigned] at the same time,” he told The Moscow Times.

Since the start of Russia’s bloody invasion of Ukraine in February, thousands of Russian contract soldiers and National Guard employees have refused to be sent into battle.

Helping these conscientious objectors are a handful of Russian human rights organizations, NGOs and individuals with legal training. But, as the Kremlin looks to shore up support for the war and crush dissent, Russian lawyers have faced an unprecedented wave of pressure.

“Even before [the invasion], the atmosphere in the country was not the best for working as a lawyer, but since the beginning of the war things have become absolutely horrible,” said prominent human rights lawyer Ivan Pavlov, who left Russia last year.

The Kremlin’s insistence on referring to the war in Ukraine as a “special military operation” — and its decision not to order a general mobilization — means refusing to fight is a relatively simple legal process.

To avoid being sent to a war zone, soldiers simply need to claim “anti-war convictions,” according to the Free Buryatia Foundation’s Rinchino.

“[This means] a person is not physically able to take a gun and kill people,” he said.

For Russian soldiers and members of the National Guard — a domestic military-style force usually tasked with maintaining public order — refusing to fight in Ukraine usually results in the termination of their employment with no possibility of return.

But some have hired lawyers in a bid to be allowed to keep their jobs.

Mikhail Benyash, a lawyer in Russia’s southern Krasnodar region, took on the case of 12 National Guard soldiers who were fired after refusing to take part in the invasion. All disputed their dismissal in court — and three pressed charges against their former employer.

A vocal critic of the Kremlin and the Ukraine war, Benyash has been arrested and reportedly even assaulted by National Guard servicemen tasked with quelling anti-government protests. Despite these experiences, he was still happy to help National Guard soldiers.

“You know, I have even defended some very corrupt people,” Benyash told Russian YouTube journalist Karen Shainyan in May when asked about his new clients. “For activists, it is sometimes difficult to understand [what lawyers do]. For them, the world is black and white… But us lawyers, we defend everyone.” 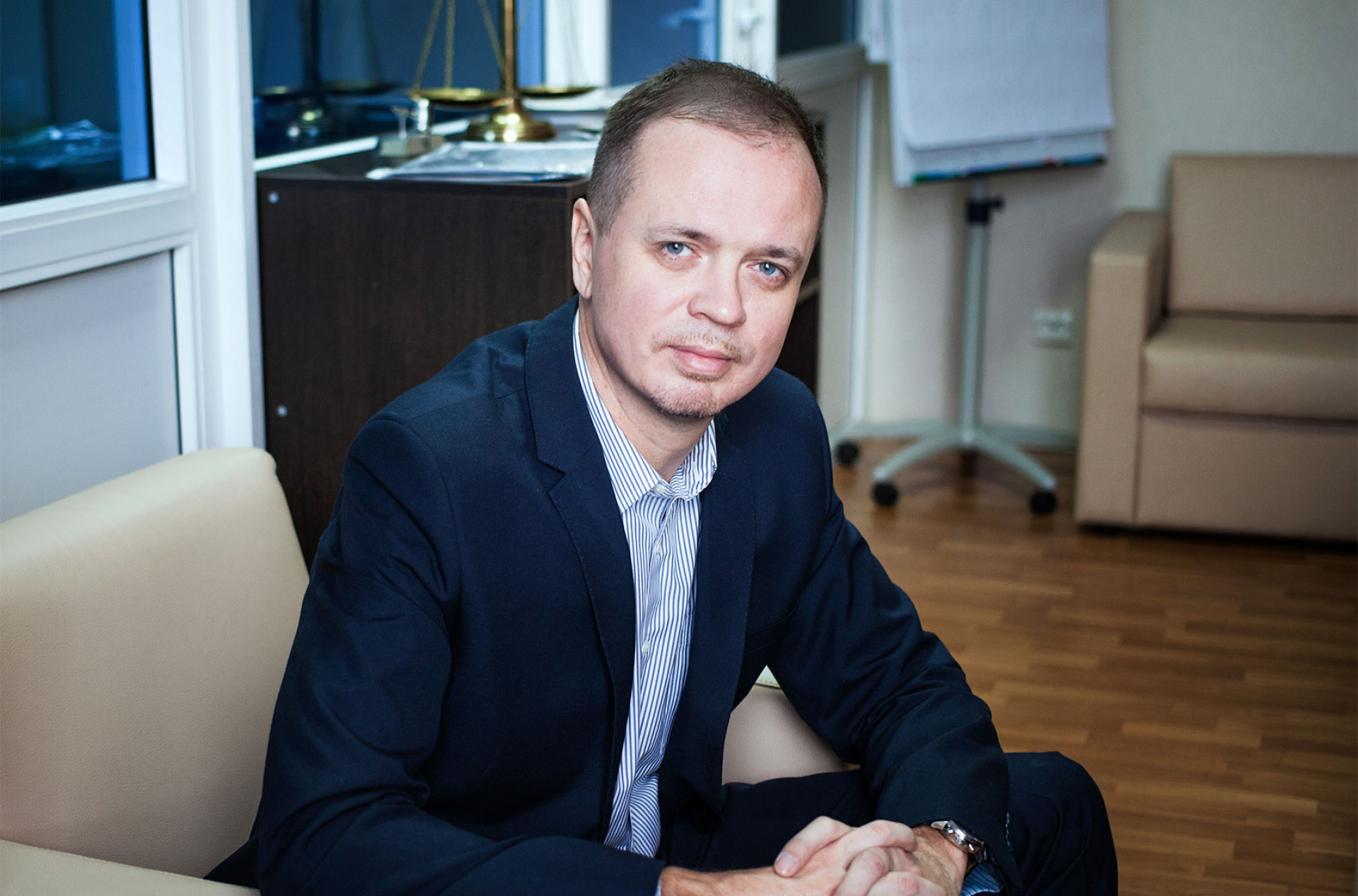 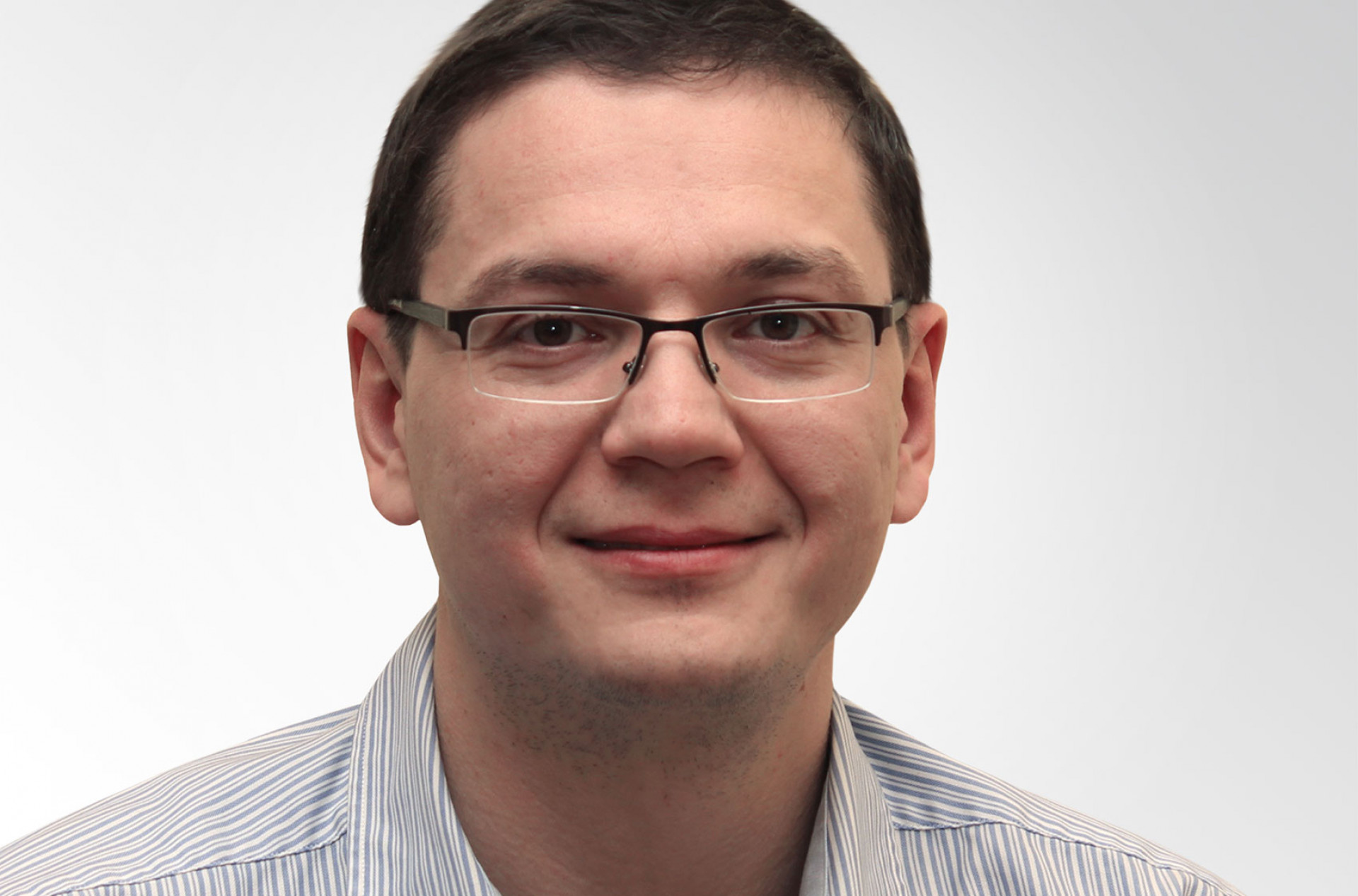 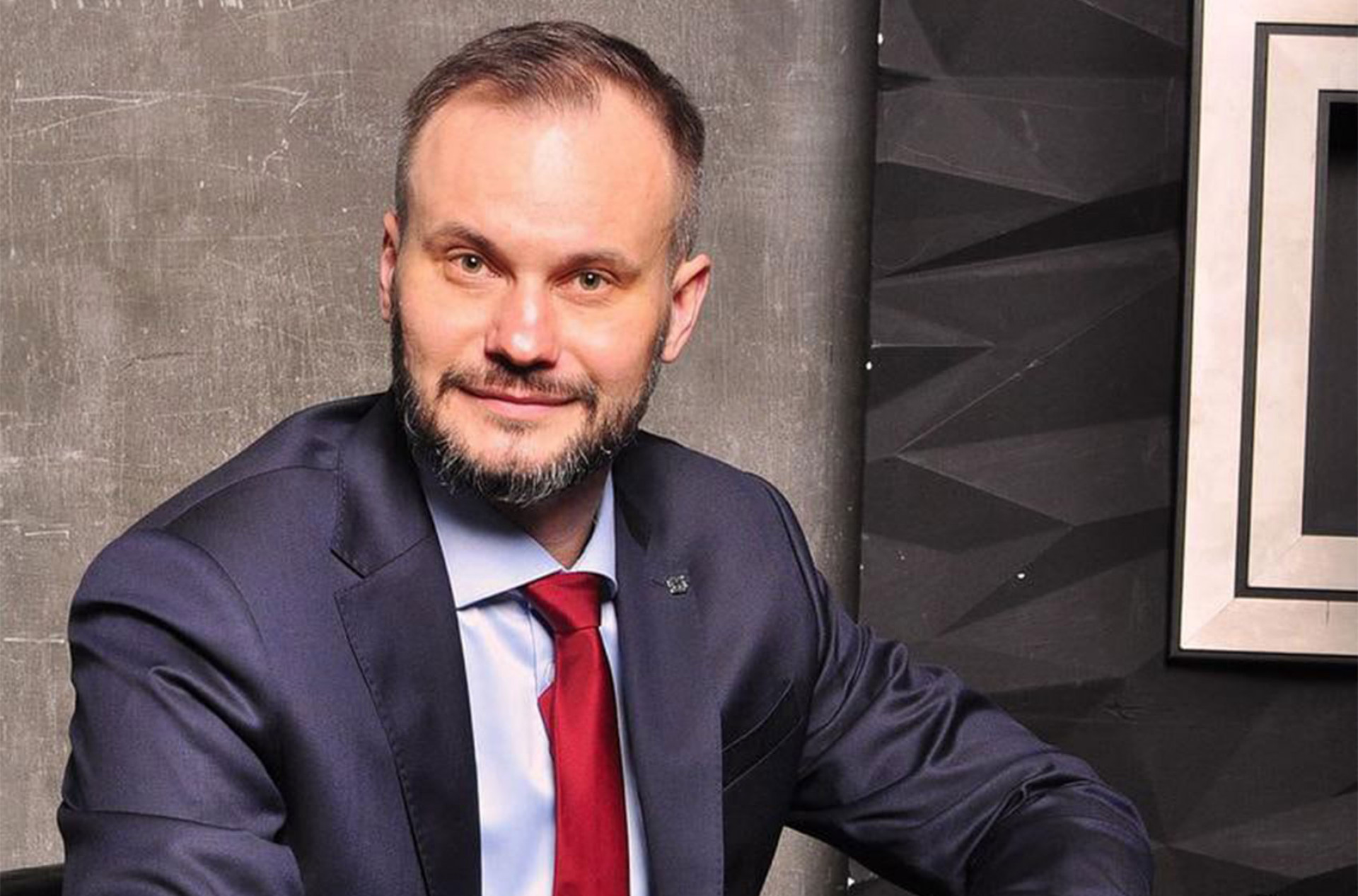 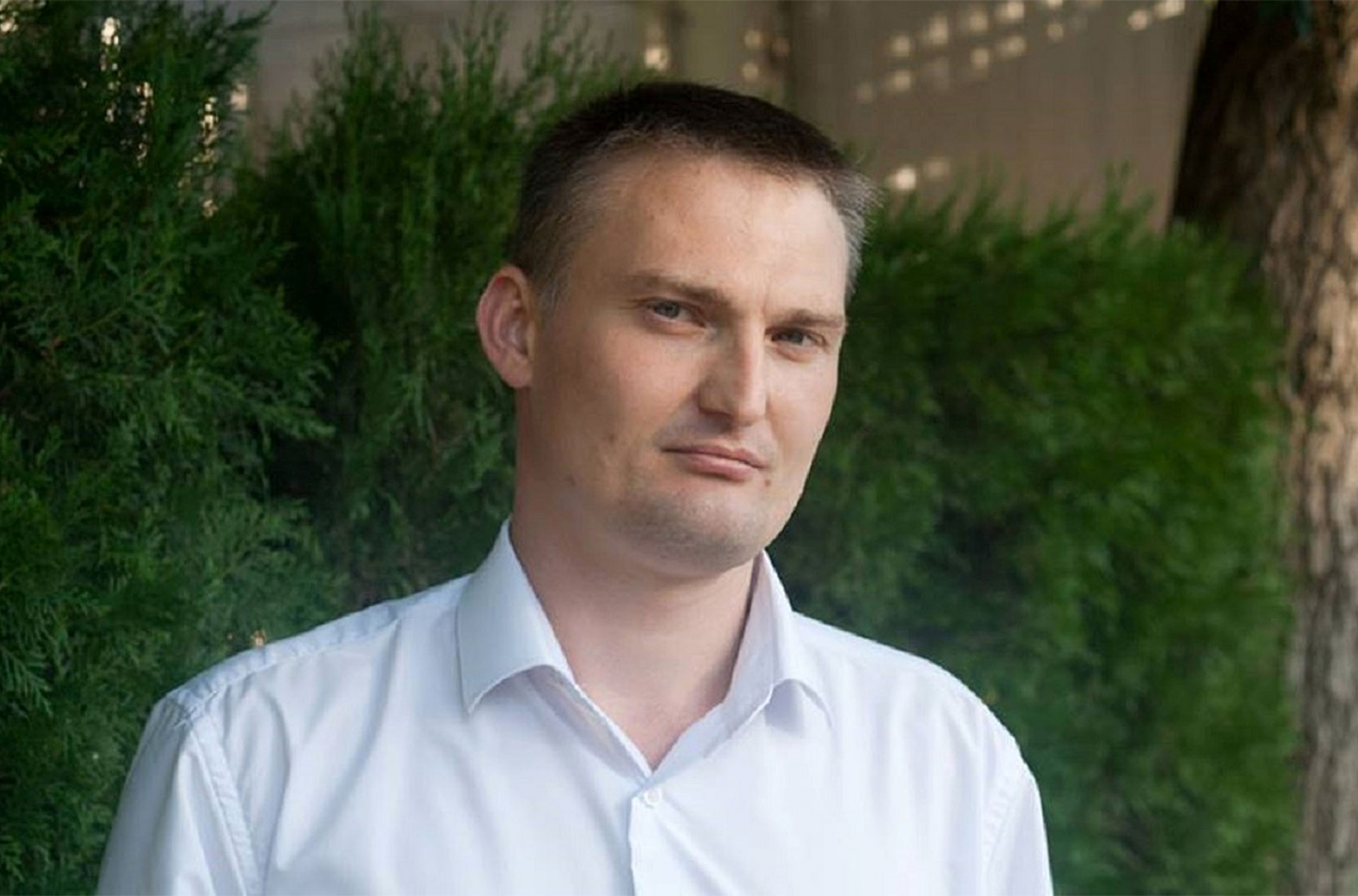 Both Grebenuk and Chikov declined to comment on their work when contacted by The Moscow Times.

As the war drags on, there appears to be no let up in the numbers of soldiers coming forward. Rinchino said that, despite the fact that the Free Buryatia Foundation’s legal initiative was created to assist ethnic Buryat soldiers, it has now grown far beyond its original scope with requests for help coming from other ethnic republics in Russia.

“It doesn’t matter to us if [the person] was pro-Putin in the past,” Rinchino said. “We are just like doctors, we save everyone.”

There is no publicly available data on how many soldiers have avoided being sent to fight in Ukraine with the help of lawyers, but the number is likely to run into the thousands.

The Free Buryatia Foundation has given legal advice to more than 350 conscientious objectors and many more have likely used step-by-step resignation instructions posted on the Foundation’s social media pages, according to Rinchino. And Chikov said in March that Agora provided legal advice to more than 700 servicemen in less than a month of fighting.

The head of the Free Buryatia Foundation said Monday that 150 contract soldiers from Buryatia had recently returned home after refusing to fight in Ukraine.

As Russia seeks to plug a manpower shortage among its forces in Ukraine, the risks for Russia-based lawyers helping soldiers to avoid the frontlines are only likely to rise.

“Everything that has to deal with the war is very sensitive for the state. Extremely sensitive,” lawyer Pavlov told The Moscow Times. “Of course, when examining a case somehow connected or associated [with the war], then the judge will always consider the signals they receive from the higher-ups.”

Another lawyer involved in the Safronov case, Dmitriy Talantov, was arrested last month on charges of spreading “fake information” about the Russian army and faces up to 10 years in prison if found guilty. And a court in the Russian exclave of Kaliningrad last month ordered lawyer Mariya Bontsler to pay a $1,000 fine for questioning Russia’s actions in Ukraine.

Rinchino, who is conducting his work from abroad, said that the pressure on his in-country colleagues is “massive” — though no one is planning to give up just yet.

“We are not working alone on this issue and that makes me happy,” he said. “I personally wish for more contract soldiers to reach out to me.”

'Not a Traitor': The Russians Fighting Alongside Ukraine's Forces

For Russians who have been fighting on Ukraine's side as part of the "Freedom of Russia" legion since President Vladimir Putin sent troops into Ukraine...
conscription

‘I Don’t Want to Be Cannon Fodder’: Panic and Fear as Russia Begins Mobilization

Thousands of conscription-age Russian men appeared to be attempting to flee the country Wednesday as others planned how to avoid being sent to the front...
locked up

Servicemen report that they are being prevented from resigning from the military.
manpower shortage

“There was a soldier in our company who didn’t know how a machine gun works," said one recruit sent to the front after five days training.