Two children were among the dead and six others among the injured, Ukrainian officials said, one day after Russia abandoned positions on a strategic island in a major setback to the Kremlin's invasion.

The missiles struck the two buildings in the town of Sergiyvka about 80 kilometers (50 miles) south of the Black Sea port of Odesa, which has become a strategic flashpoint in the now more than four-month-old war.

"The death toll in Odesa blast rose to 21," Sergiy Bratchuk, Odessa deputy chief of district, told Ukrainian television. A 12-year-old boy was among the dead, he added.

The country's head of emergency services, Sergiy Kruk, had earlier put the toll at 19. Thirty-eight people were wounded, including six children, he added on Facebook.

Ukraine says at least 18 people have been killed by a missile strike near Odessa that hit residential blocks this morning pic.twitter.com/REe2pl65qJ

The strikes were launched by aircraft that flew in from the Black Sea, said Odesa military administration spokesman Sergiy Bratchuk.

"The worst-case scenario played out and two strategic aircraft came to the Odesa region," he said in a television interview, adding they had fired "very heavy and very powerful" missiles.

Germany said it was time the Russian population faced up to the truth of their government's "cruel" actions.

"The cruel manner in which the Russian aggressor takes the deaths of civilians in its stride and is again speaking of collateral damages is inhuman and cynical," said government spokesman Steffen Hebestreit.

On Friday, Ukrainian President Volodymyr Zelensky hailed a "new" chapter of "history" with the European Union, after Brussels recently granted Ukraine "candidate status" in Kyiv's push to join the 27-member bloc, even if membership is likely years away.

"We're not close. Now we are together," he told Ukraine's parliament.

"Our journey to membership shouldn't take decades. We should make it down this road quickly," Zelensky said.

The president of the European Commission Ursula von der Leyen told Ukrainian lawmakers that membership was "within reach" but urged them to make anti-corruption reforms.

In a decision that immediately inflamed tensions further between Kyiv and Moscow, the UN's cultural agency inscribed Ukraine's culture of cooking borshch soup on its list of endangered cultural heritage.

Ukraine considers the thick nourishing soup, usually made with beetroot, as a national dish although it is also widely consumed in Russia, other ex-Soviet countries and Poland.

UNESCO said the decision was approved after a fast-track process prompted by Russia's invasion of Ukraine and the "negative impact on this tradition" caused by the war.

"Victory in the borshch war is ours... (we) will win both in the war of borshch and in this war," said Ukraine's Culture Minister Oleksandr Tkachenko on Telegram.

"To give the world a culinary example of 'modern Kyiv nationalism,' I will cite a fact: hummus and pilaf are recognized as national dishes of several nations," Foreign Ministry spokeswoman Maria Zakharova said on Telegram. "Everything is subject to Ukrainization."

On the ground, four people died and three were wounded in shelling in Izium and Chuguiv, two districts of the Kharkiv region of northeastern Ukraine, in the last 24 hours, Kharkiv chief of district Oleg Synegubov said on Telegram.

Capturing the city would allow the Russians to push deeper in the Donbas, which has become the focus of their offensive since failing to capture Kyiv after their February invasion.

"Evacuation from Lysychansk is not possible for now," he said. "The town is being ruined constantly," he added.

In Kyiv, authorities said schools in the Ukrainian capital would re-open at the start of the school year on Sept. 1 for the first in-person classes since lessons went online after the invasion began. 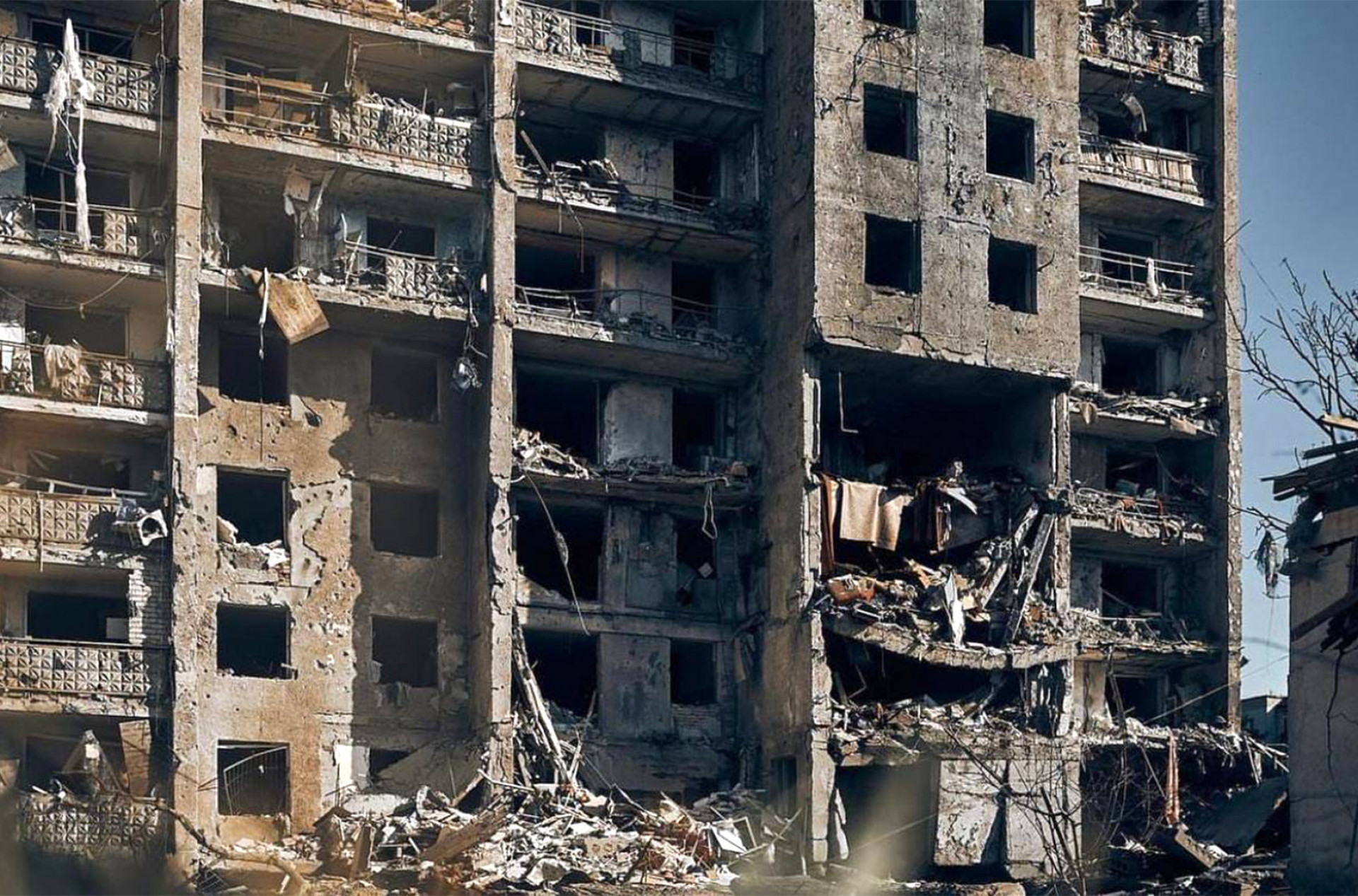 A missile completely destroyed an apartment building in the southern region of Odesa. State Emergency Service of Ukraine 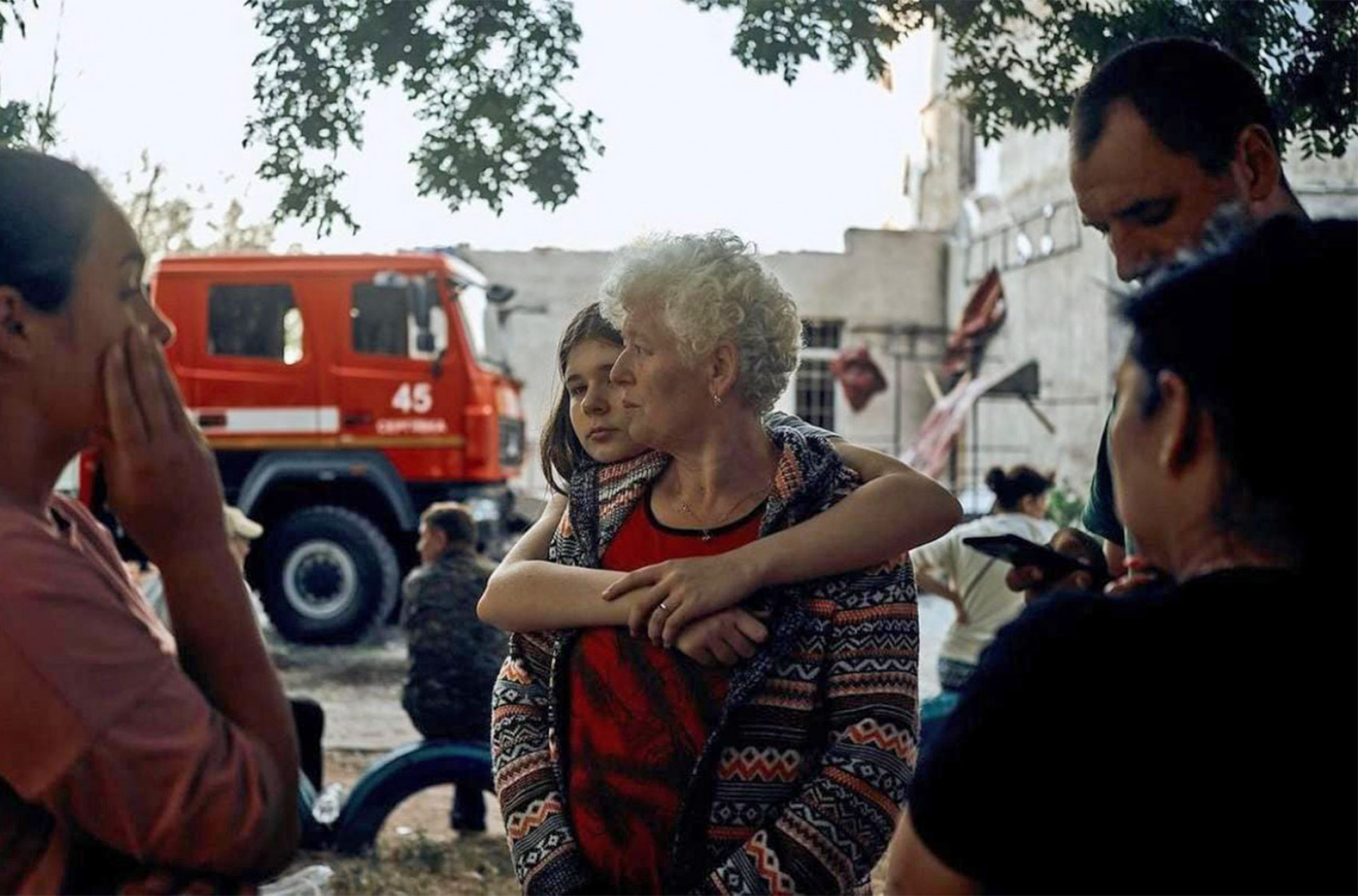 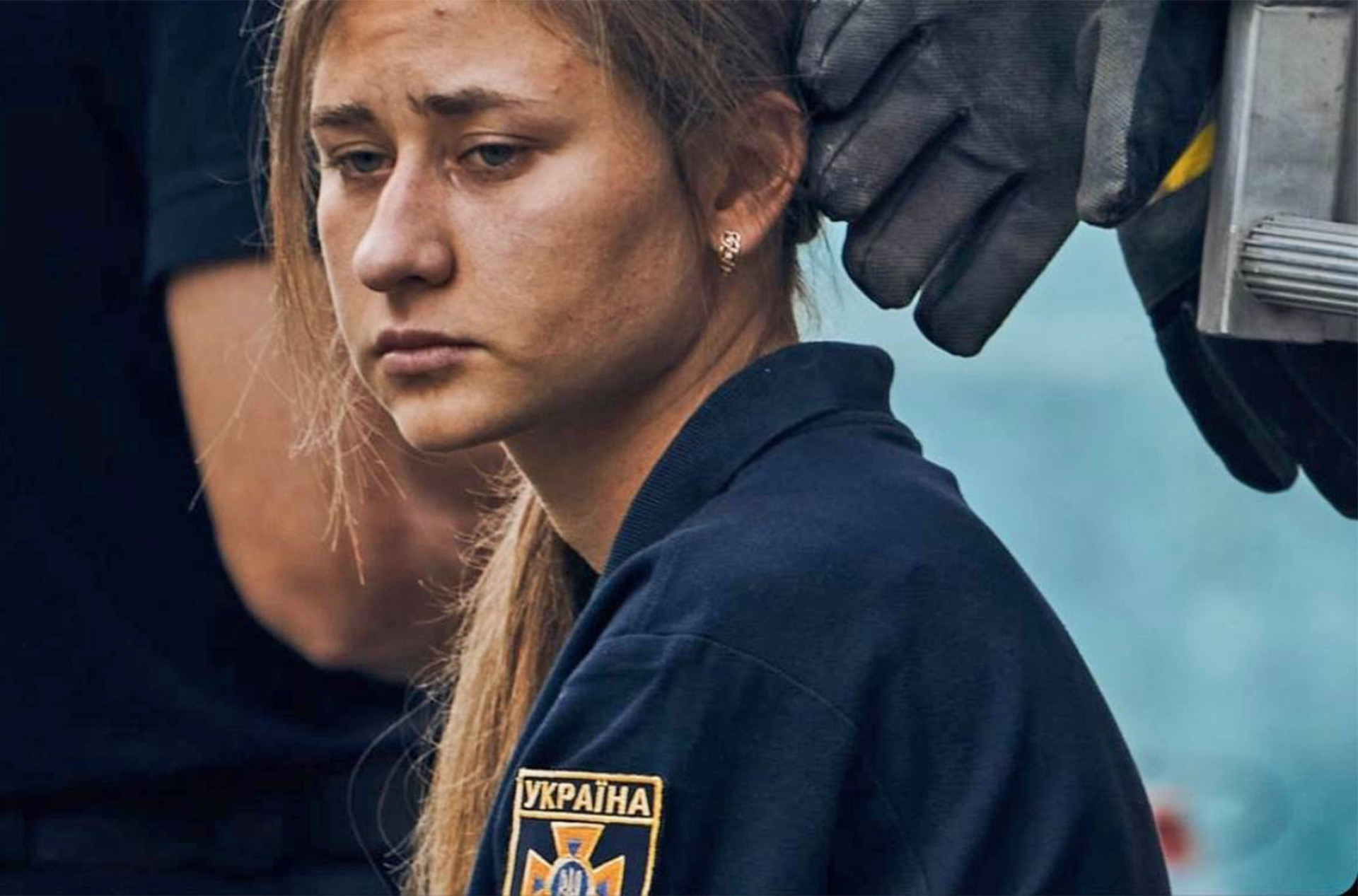 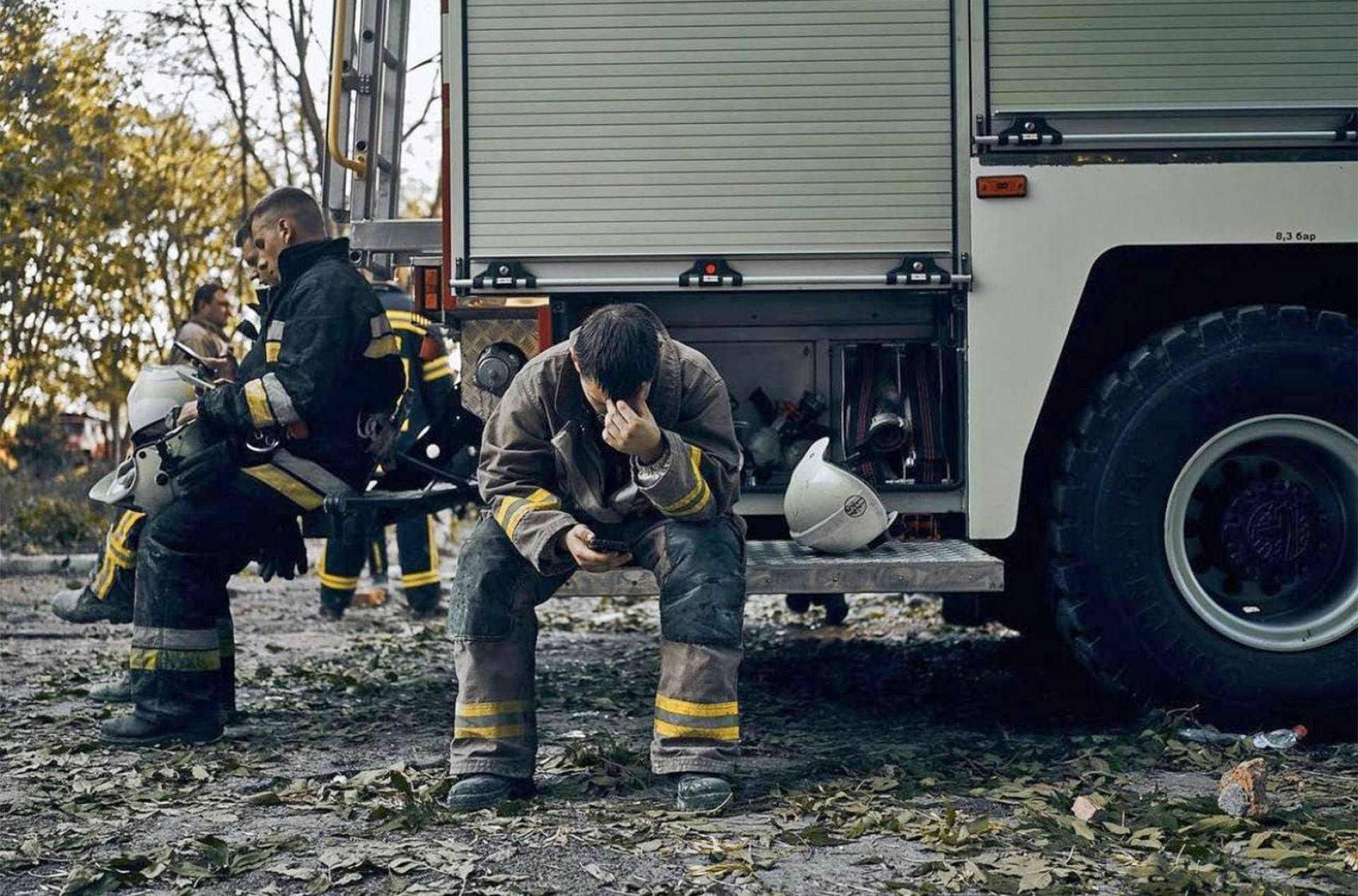 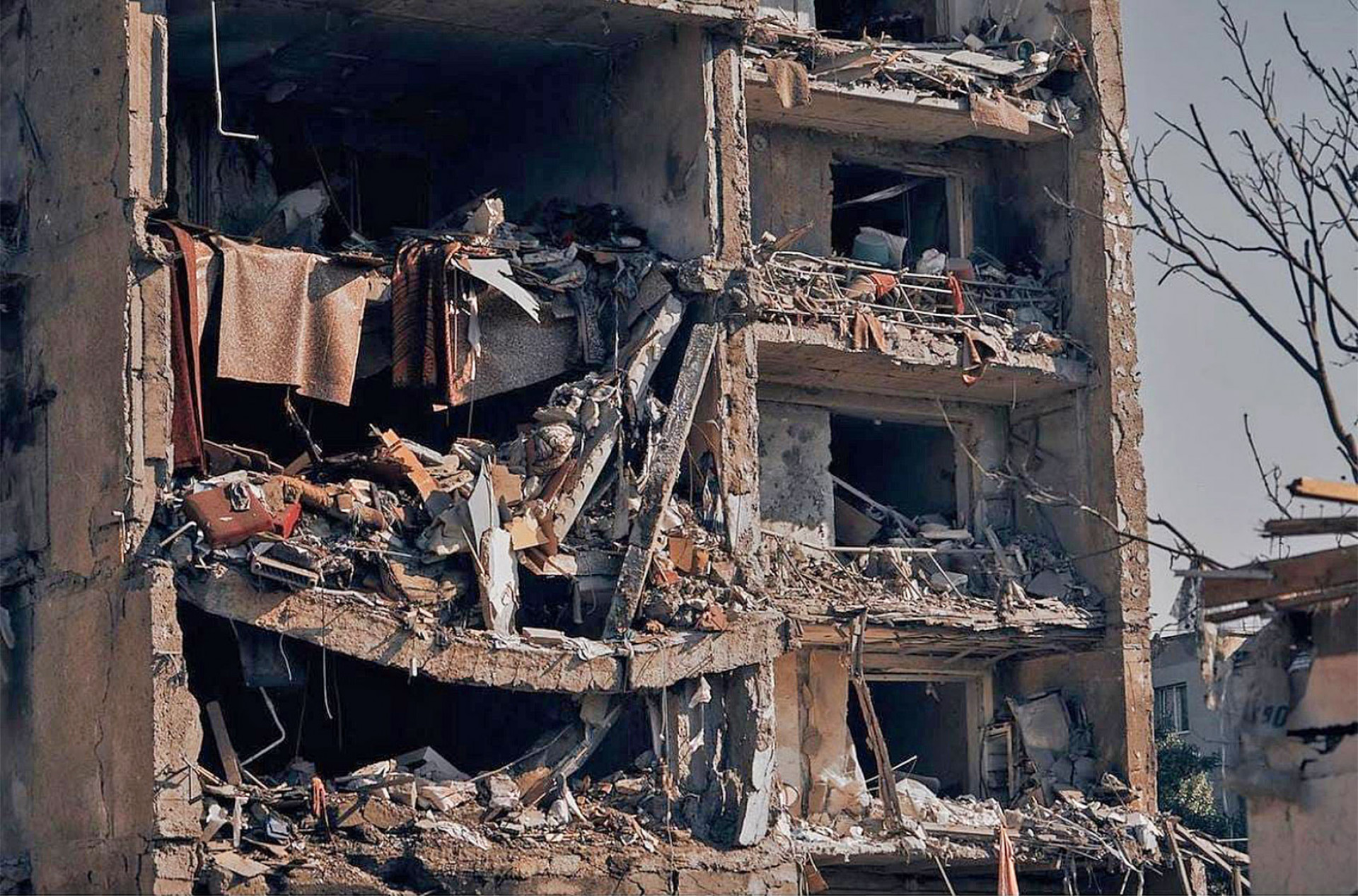 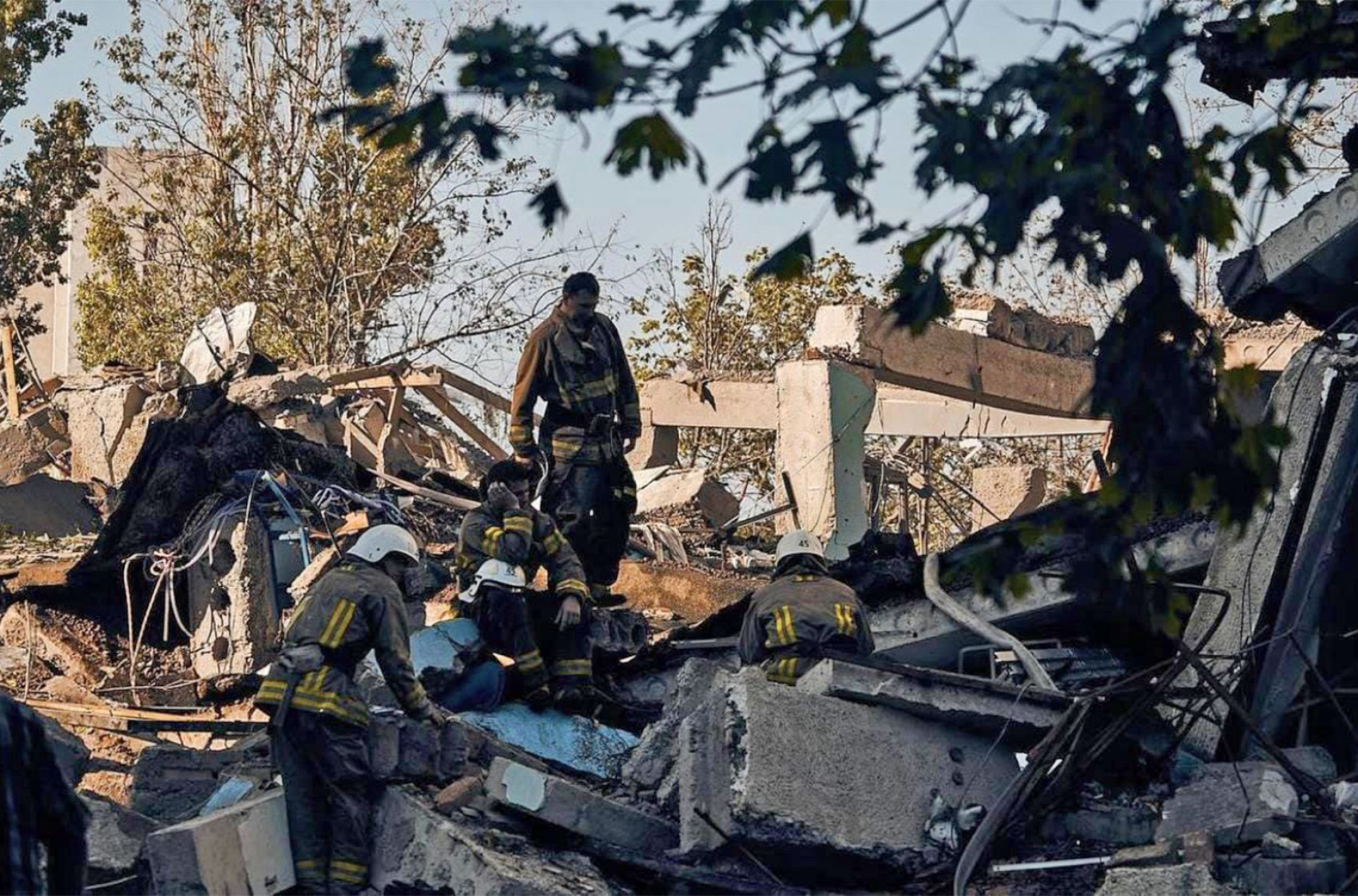 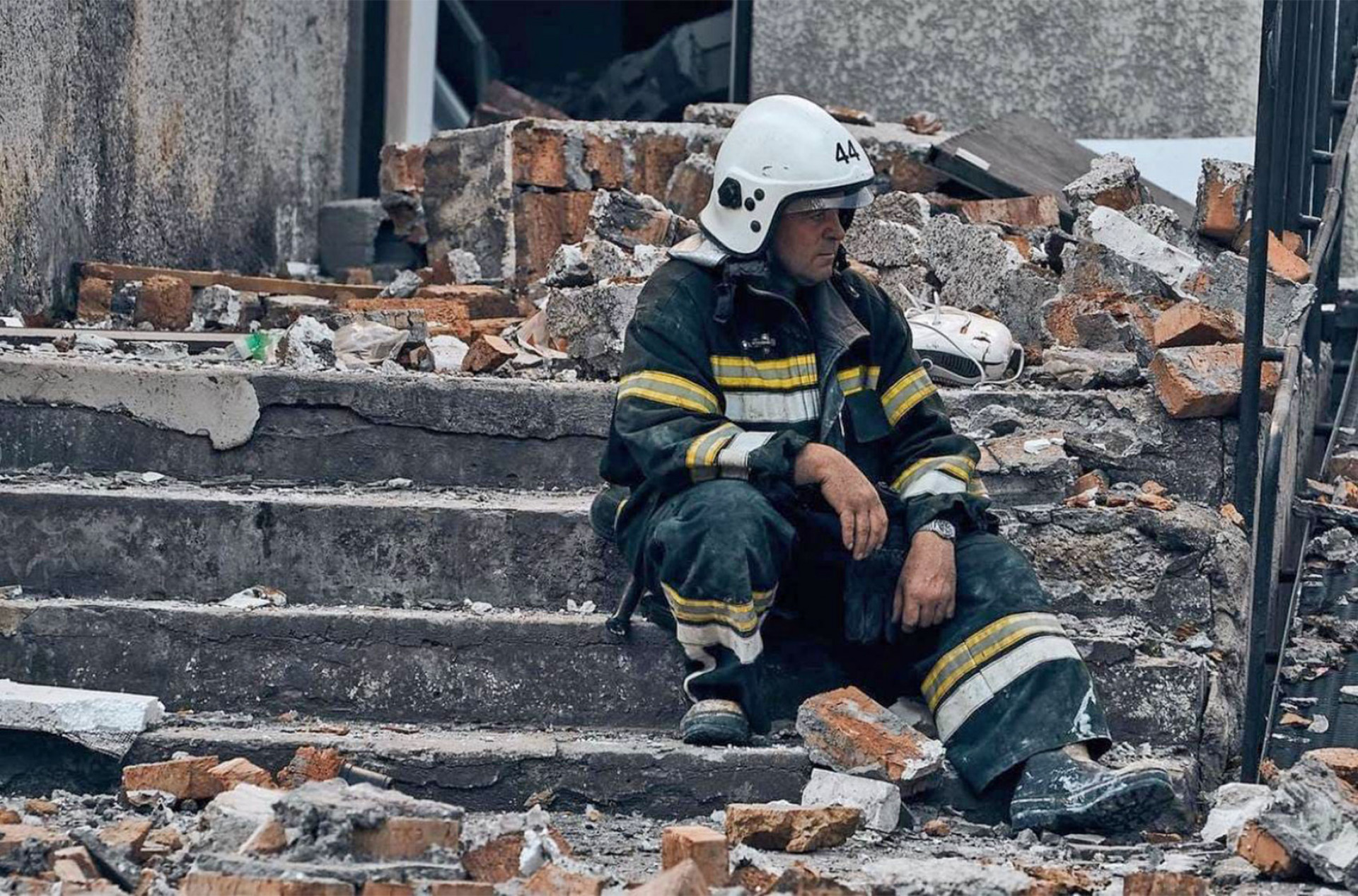 Olena Fidanyan, head of Kyiv's education and science department, said territories adjacent to the schools will be checked for explosives and bomb shelters in schools will be restocked with water, medicine and other necessities.

On Thursday, Russian troops abandoned their positions on Snake Island, which had become a symbol of Ukrainian resistance in the first days of the war and was also a strategic target, sitting aside shipping lanes near the port of Odessa.

"It does not yet guarantee that the enemy will not return. But it already considerably limits the actions of the occupiers," said Zelensky.

The Russian Defense Ministry described the retreat as "a gesture of goodwill" meant to demonstrate that Moscow will not interfere with UN efforts to organize protected grain exports from Ukraine.

The conflict in Ukraine dominated the NATO summit in Madrid this week, where U.S. President Joe Biden announced $800 million in new weapons for Kyiv and to "stick with Ukraine, as long as it takes to make sure they are not defeated by Russia."

Police in Finland have raised the alarm over the smuggling of Western-donated weapons from Ukraine by criminal gangs, Finland’s Yle broadcaster reported...
promise of freedom

Andrei had been serving his second prison term in St. Petersburg for car theft when he was released and sent to the frontline in Ukraine. The 22-year-old...
negotiation breakdown

The Kremlin blamed the United States for the breakdown in peace talks between Russia and Ukraine on Thursday, claiming that Kyiv pulled out of negotiations...
martial law