After her statement, the deputies demanded that Belyayeva be expelled from the council for what they called  “speeches directed against the nation.” The deputies also removed her from the deputy ethics commission and requested that the prosecutor's office evaluate her actions. She has since left the country.

Belyayeva told The Moscow Times why she decided to speak out against the war and whether she regrets her words.

"You have to ask yourself: What would Jesus Christ say? Ask yourself: Would you want to be 'liberated' like this? To have people come into your home with this kind of 'deliverance' and 'brotherly love'?"

I hadn't planned my speech in advance — I didn’t even know I’d be discussed at the council. The question was raised because I had previously published anti-war posts on social media, and someone sent in a complaint about me.

Deputy Vyacheslav Zhukov from the pro-government United Russia party thought that my posts were inconsistent with parliamentary ethics and suggested that the issue be discussed at the March 22 session. In the two and half minutes that he was reading his question, I thought about what I was going to do. Should I state my position or refuse to comment?

I decided that it would be a shame not to use the opportunity to say loud and clear why I am against the war, why I think it is a crime, and call for peace and for the withdrawal of the troops.

I realized that if I kept silent, I would not be able to respect myself. I wouldn’t be a true Christian and human being. It would be a betrayal.

I was very surprised at the support I got after the meeting. All kinds of people wrote me, not just from St. Petersburg and Moscow, where there are a lot of people who are actively speaking out. There were many people from small communities in our district who wrote, "Before your statement, I thought I was the only one here who thought like that.” Many people said that my statement helped them get up the courage to talk to their relatives about it.

Many people thanked me for what I said about God, about why a Christian can't support this war. This was really important for people to hear , especially because Patriarch Kirill had just spoken out in favor of this fratricidal war, even though the Kyiv Metropolitan Church is still part of the Moscow Patriarchate. So, it was very important for people to hear that the war is wrong from a Christian perspective.

It was important for Christians to hear that the Patriarch, or the president — who is often shown by the media holding a candle in church — or that other people they respect might be mistaken.

You have to ask yourself: What would Jesus Christ say? Ask yourself: Would you want to be “liberated” like this? To have people come into your home with this kind of “deliverance” and “brotherly love”? If you wouldn’t like it, then you need to treat another country the way you want to be treated — respect its sovereignty, respect its choice, and not even allow the possibility that someone could come and try to change the legitimately elected government, dictate changes in the Constitution, and destroy cities and people.

Communists and other left-wing people have also written me. It was important to them that someone with similar views spoke out against the war. What is propaganda trying to do now? Convince people that only liberals are against the war, a group the authorities say is a minority.

No matter what your political beliefs are, if you're a normal person, you will be against the war. After all, if you're a socialist or a communist, you support friendship among nations. You support social rights, you're for prosperity, opportunities for development. Obviously, a war of aggression is incompatible with this.

The war discredits the Russian people, Russian culture and the Russian language in the eyes of the world. As Zelensky correctly said, Putin is actually “derussifying” Ukraine and the whole world.

Regardless of their political views, any human beings will be against the war — that is, if they are patriots and not corrupt brutes who sell out for 20,000 or 2 million rubles.

Unfortunately I am no longer in Russia. I didn’t leave because of threats on social networks — I get a lot of those. I’m a public figure, a deputy, and so I get threats from bots or fanatics who have been warped by propaganda.  I wouldn't leave because of that.

I left because there was a threat of criminal prosecution and imprisonment. I consulted with a lawyer and people whose opinion I trust, and I realized that it was better to leave now. Once a criminal case is opened, it could be too late.

I can definitely say that I don't regret what I said. It's true that when I left Russia, my everyday life became less comfortable. At home I could afford more than I can now. But personal comfort can’t be more valuable than the life of another human being. What can be more precious than the lives and health of people who are now dying in Ukraine, the women and children being raped by Russian soldiers?

I can't imagine what is in the head of someone who for some comfort — for a dishwasher — is ready to justify murder and broadcast to the whole country that Russia is liberating Ukraine while in fact Russia has brought destruction, pain, murder and the horror of war to that country.

This is simply unacceptable to me. I don't regret anything, because I am at peace with my conscience. That is worth much more than comfort.

Even if only a few people in the Semiluk district heard me, I’d would still say the same thing again. 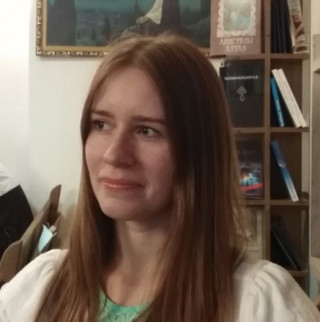 Nina Belyayeva is a people's deputy from the Communist Party in the Voronezh region council.

Nina Belyayeva is a people's deputy from the Communist Party in the Voronezh region council.