“Saint” is not a word used frequently today. But it describes qualities that have always been important: kindness, strength, and perseverance, which allows us not to judge others, and to forgive.

Journalist and theater director Olga Proskurnina recalled a conversation with the actress Rosa Khairullina about Mariette Boncompain, the main character in her play “The Penfriend.” “Once she asked, ‘Mariette is a modern saint, isn’t she?’ I don’t want to get melodramatic, but facts are facts, and yes, she is.”

Now with Mariette’s help, Olga is trying to tell the whole world a story about crime and punishment, sin and forgiveness, faith and mercy.

For Olga, this story began in May 2018, when her friend Natalya Smirnova asked her to have a look at a text she had recently finished translating from French. It was “The Penfriend. Strange Connections,” the real correspondence between a well-educated Frenchwoman — Mariette — and a Texas repeat offender — Carl Wayne Buntion — who had been given a death sentence for the murder of a police officer.

For Mariette, it all has started 15 years earlier, when she went to the bakery on a spring day to order a cake for her 60th birthday. On the way home, she bought the L'Itinérant newspaper and began looking at the page with addresses of people on death row. She considered it her duty to send prisoners greetings on their birthday, although she never got any replies. One day she saw the address of Wayne, who was jailed in the Polunsky Unit, a Texas prison for men condemned to death. She noticed that they happened to have the same birthday. She immediately wrote to the stranger, and two weeks later for the first time she received a reply.  And so their long correspondence began.

Olga couldn’t put Natalya’s translation of the book down. “As soon as I finished, I called her in Moscow and said I wanted to work with this story and get to know Mariette as soon as possible.” A small play immediately turned into an world of works. Olga decided to make an immersive performance in France (in an abandoned prison). In Russia, they decided to shoot a documentary film (which would include filming Wayne in the Texas prison); put together an audio performance in three languages, create something in virtual reality — and then the pandemic began. 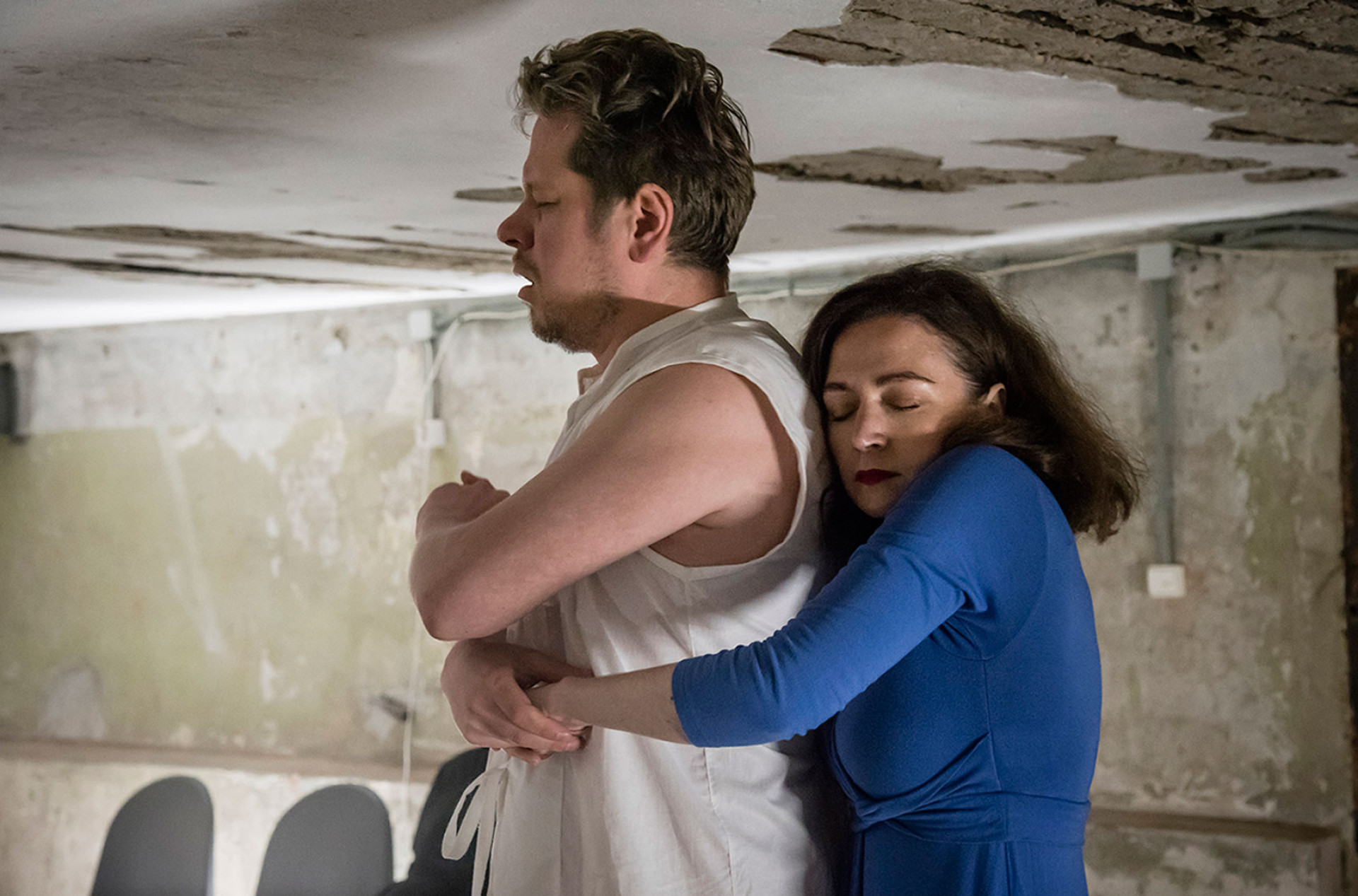 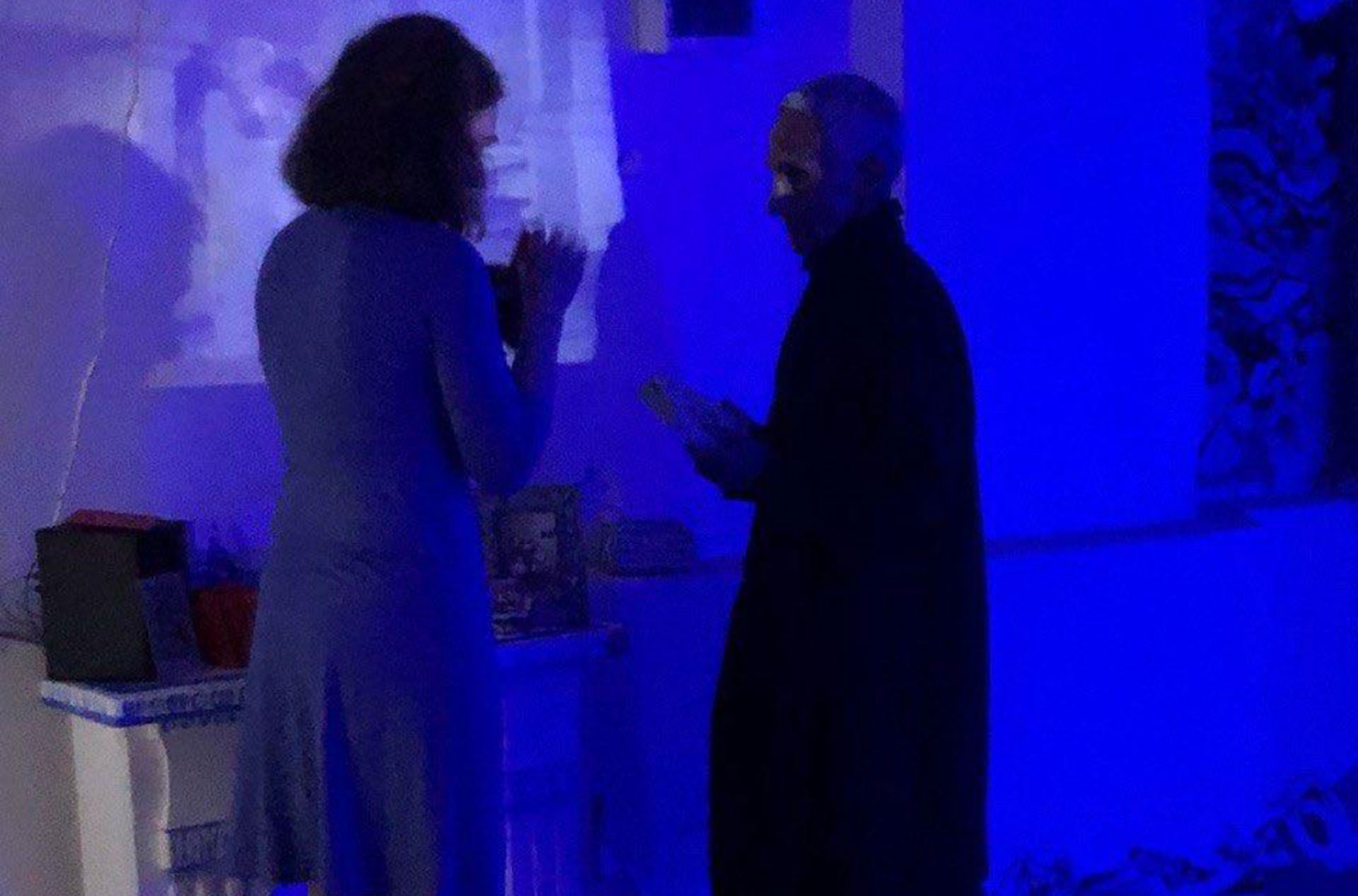 Actors, except for Rosa Khairullina, are not famous. Anna Shilova / MT 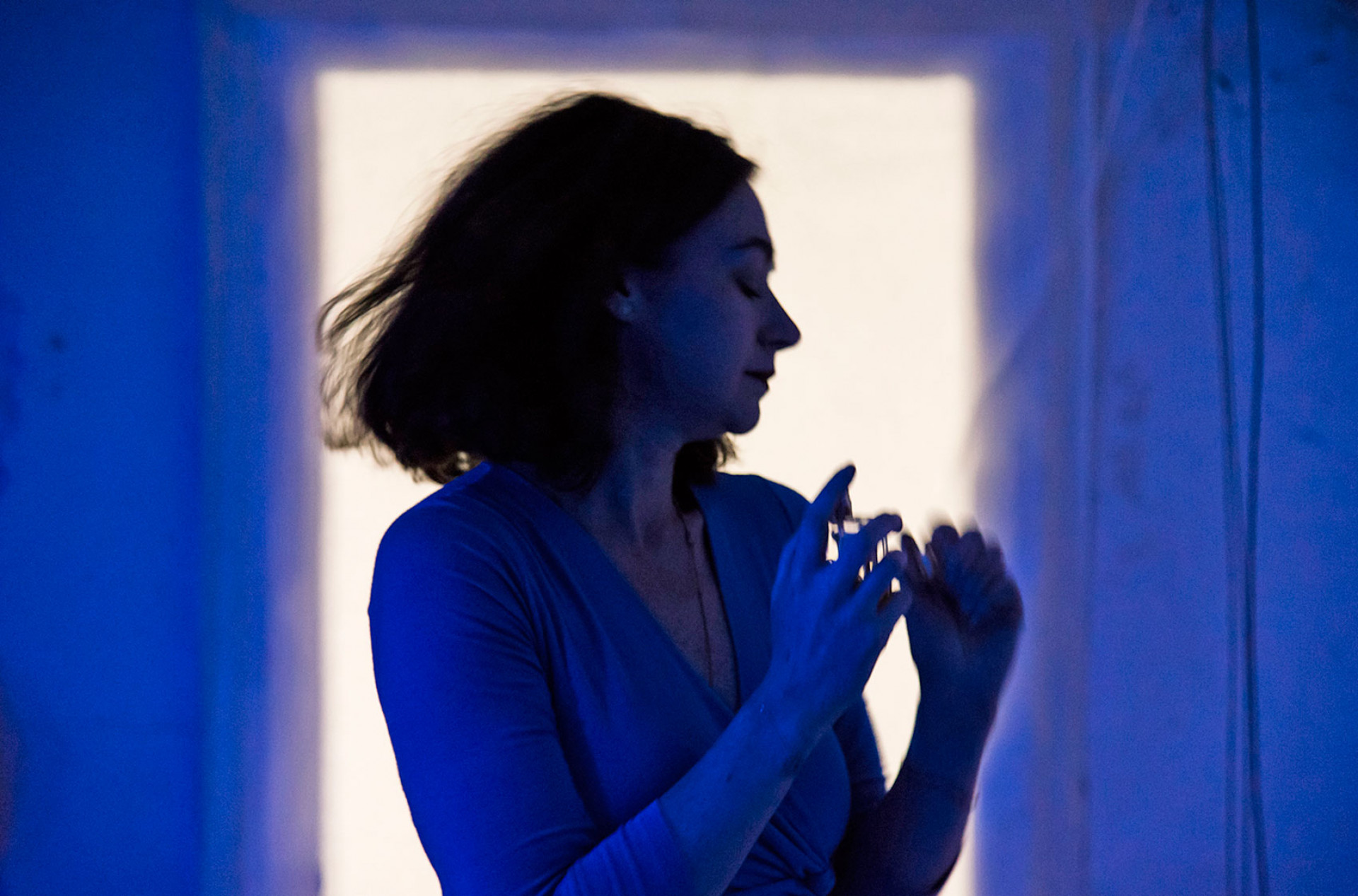 This is a conscious choice - so that possible associations do not interfere with the perception of the play. Tatiana Sushenkova 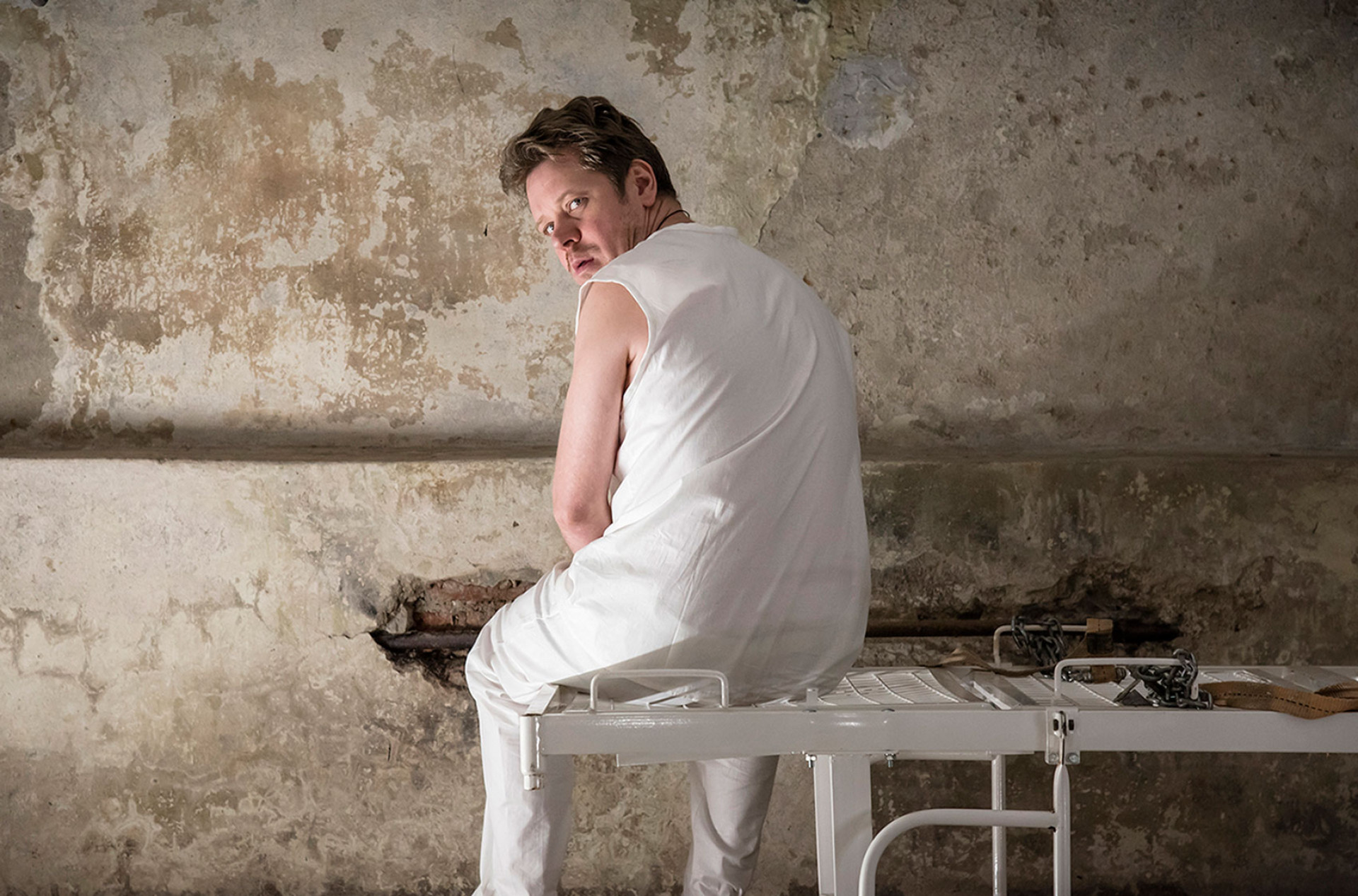 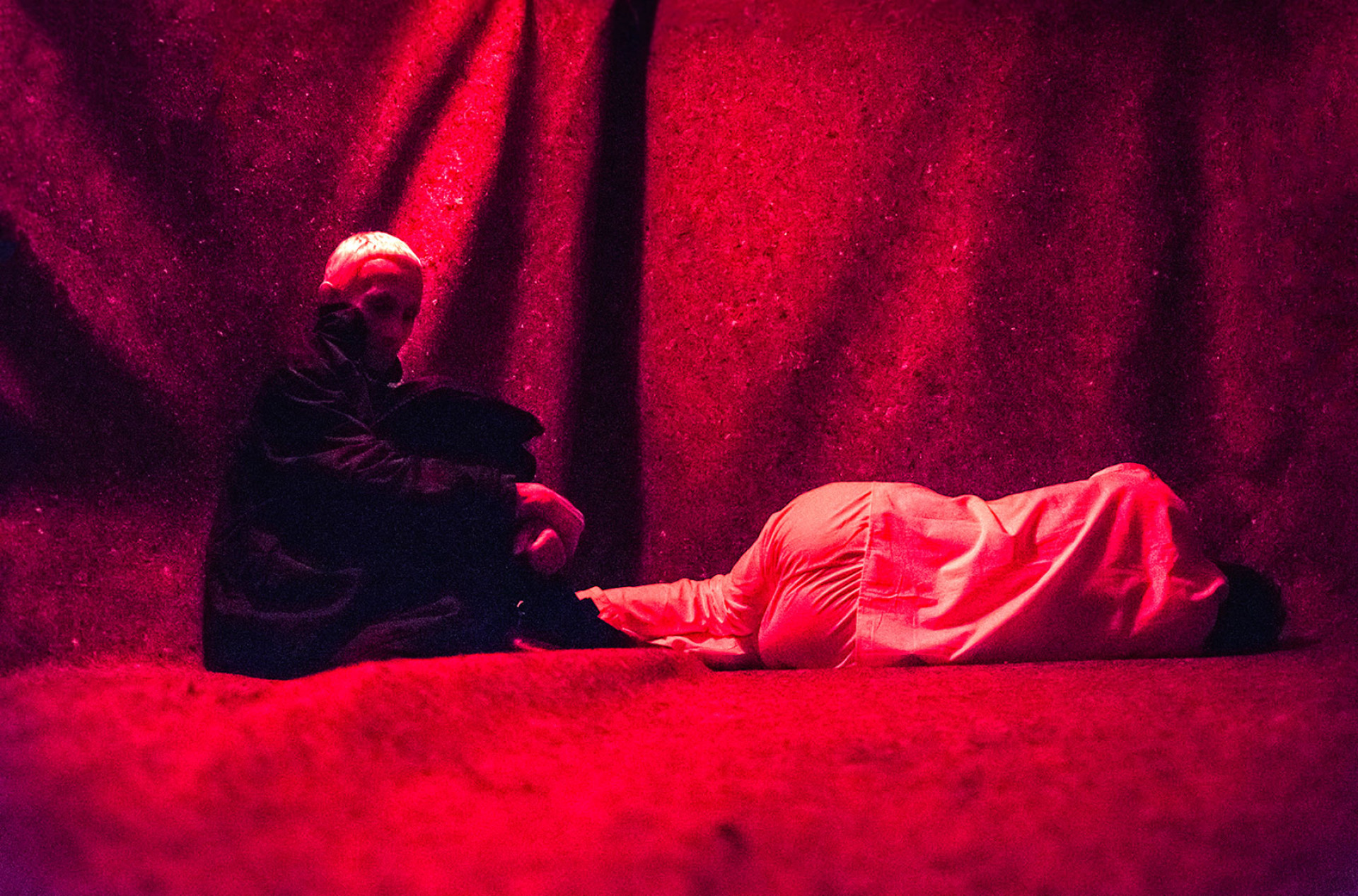 The play was premiered in the summer of 2021 in Russia. It was performed in the Bomba gallery, which is located in a former bomb shelter. Later the performance was moved to another former bomb shelter which Olga said had the kind of dark and closed-in space she wanted to give the strong sense of hopelessness and despair.

In this cramped space, with a low ceiling and dark corridors, the Russian film and theater star Rosa Khairullina appears. She is the audience’s guide. Actors read aloud the letters from Mariette to Wayne and from Wayne to Mariette, and they also dance to translate the emotions of the pen pals into movement.

The choice of space intensifies the experience. Since the play is performed in a small place with a very small audience, everyone’s reactions can be seen. No one is distracted by the phone, staring at the ceiling or yawning. When I saw it, someone was crying (I did not, although my experience was very emotional). After the performance many stayed to discuss what they had seen with Olga. Some left, saying they wanted to be alone and think about the performance.

How did Olga find the right tone for such a difficult piece?

Olga says it is due to Mariette. “She is a very good storyteller… with an ability to find the right words for very complex issues. She doesn’t pretend to be a savoir or moral compass. Most importantly, she does not justify what Wayne did, or pretend he didn’t commit any crimes, or even maintain that he doesn’t deserve the death penalty. 'You committed that act and you deserve what you get. But I don’t want you to be reduced to just that one act.' She leads Wayne to his death, but she takes him by the hand, helping him to come to accept the inevitable.”

It is an unexpected story of coming together and listening to one another in an age of polarization.

Olga disagrees with that assessment. She thinks it’s a better time than in the 1980s or 1990s, because technology lets us tell this story so that it remains intimate but is accessible to more people.

And besides, Olga says, the themes of mercy and forgiveness are eternal.

Wayne is the oldest convict on death row in the United States. At present his execution is scheduled for April 2022. The play will be performed at the end of February. For more information and tickets, see the site here.