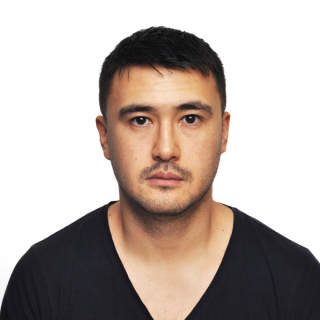 BISHKEK, Kyrgyzstan – Atai. T was in the office Tuesday when his phone lit up with notifications around noon.

Both his parents were trapped in separate elevators on opposite ends of Bishkek, the capital of Kyrgyzstan, as the city was hit by one of the biggest regional blackouts in Central Asia’s history.

They were two of several dozen apartment block residents stranded in elevators — and millions who were left without power and water — in the ex-Soviet country. The blackout, which also hit Kazakhstan and Uzbekistan, idled subway trains and disrupted flights in Almaty and Tashkent, and left skiers suspended in the air at resorts across the grid-sharing region.

“Son, do whatever you want, but I have a manicure appointment in an hour,” Atai recalls his mother saying, prompting him to race across the city to get municipal services to retrieve her.

Atai’s father, who is divorced and lives separately from his wife, ended up spending all of three hours in another elevator on the opposite end of Bishkek until electricity was gradually restored.

“Thankfully, he had his phone to avoid boredom,” Atai, who gave only his first name and last initial to remain anonymous, told The Moscow Times.

While Atai’s parents were merely inconvenienced for a few hours, the blackout left authorities scrambling to rescue many others from elevators and ski lifts — and dealt a devastating blow to Bishkek's small businesses.

The city’s central hospital turned on its backup generator to ensure the continued treatment of its more than 500 coronavirus patients, nearly 200 of whom are hooked up to the oxygen supply system.

Kyrgyz authorities announced a joint Kazakh-Uzbek-Kyrgyz commission to establish the cause of the region-wide outage.

Kazakhstan’s state power supplier said its system failed due to an “emergency imbalance” in neighboring Kyrgyzstan and Uzbekistan, which are interconnected by the Soviet-constructed Central Asia Power System. Uzbek officials, in turn, pointed to a domino effect caused by a major accident in the southern Kazakh section of the system.

Electricity was all but fully restored across Kyrgyzstan by late afternoon, the country's energy ministry said. But businesses were left to deal with lost incomes and blown-out equipment.

Malika Sootbekova, who manages a chain of 13 restaurants and coffee shops that employs 300 people across Bishkek, said the outage caused “total collapse.”

“When the power was restored temporarily, three of our electrical panels and transformers broke down, which we’ll have to repair at our own expense,” Sootbekova told The Moscow Times.

“Earnings dropped significantly. There were guests, but not everyone wanted to eat cold salads and snacks and drink soft drinks,” she added.

The city’s first eco-friendly hotel, which generates its hot water from solar panels, was also “caught off-guard” by the outage, its owner Mirbek Asangariev said.

“This lack of electricity throws off all our work,” Asangariev said.

“Our hot water supply is based on solar panels, but even they need pumps that are powered by electricity. One pump was malfunctioning after the power supply returned, so we had to call the repairman,” he added.

Television stations “broadcast into the void” when the power went out, said Ravshan Lichaniu, executive producer at Bishkek’s TV1.kg entertainment and news channel.

“Our broadcasting itself is protected by an autonomous power supply,” Lichaniu said.

“But it’s another story that no one actually watched us at the time.”

Jazz pianist Vikram Ruzakhunov’s arrest underscores the plight of Kyrgyz nationals detained in Kazakhstan during the country's week of unrest.
point made

Gender equality in Central Asia's most politically turbulent country has taken a back seat to what conservatives call "traditional values."
goodwill politics

What Did Japarov Get in Russia?