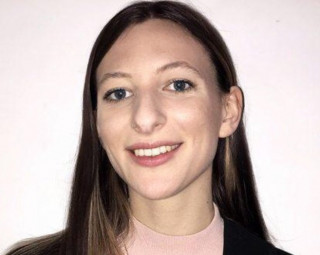 “It is as if you are stepping straight into one of Alexander Rodchenko’s postcards,” Kirill Cheburashkin, head of the Stroganov Academy Furniture Design Department, says as he leads the way to a reconstruction of the Workers’ Club designed by Rodchenko in 1925.

Alexander Rodchenko, a founder of constructivism, was integral to aligning the values of revolutionary Russia with a visual proclamation of a new world. He designed the Workers’ Club for the International Exhibition of Modern Decorative and Industrial Arts in Paris. It was designed as a place where people could socialize, read and play chess, of course. The club was built in France according to Rodchenko's design, but after the exhibition, it was gifted to the French communist party and has been mysteriously missing ever since.

“Perhaps somewhere in a basement in France there is the first Workers’ Club,” Alexander Lavrentyev, a professor at the Academy and grandson of Rodchenko, told The Moscow Times. He stood beside a portrait of his grandfather, who once attended and also taught at the institution, although at a previous edition named Vkhutemas (the Russian acronym for "Higher Art and Technology Studios”). Lavrentyev, along with the Furniture Design Department, the Chess Federation and the Art Russe Foundation are the collaborative force that supported the project’s realization.

There have been previous reconstructions built and exhibited at the State Tretyakov Gallery and other museums around the world. But this is the first one to reconstruct it using the proportions, techniques, and materials that were employed in the original.

At home in the Academy

It all began with a chess table designed by Rodchenko and the Tetris-like pieces added by his grandson, Lavrentyev.

Nikolai Golikov, a graduate of the Furniture Design Department of the Stroganov Academy, decided to build the chess table for his final-year project. He did and won a bronze prize at the 2018 European WorldSkills Championship for his work.

But then, one piece led to another, and he found himself building the whole club. “The hardest part was working straight from photographs and designs without any specific diameters and measurements,” Golikov told The Moscow Times. “It was especially challenging to create the curvature of the stools. Multiple test models were made of the set with various manufacturing techniques after round-the-clock research into furniture-making styles. We had to remain faithful to the materials available to cabinetmakers in the 1920s. Yes, new technology exists, but it really had to be built by hand.”

Two long tables convert into reading stations which are lined by twelve semi-circle stools that slot into the grooves of the tables’ base. “It could have been imagined just yesterday, but it was made decades before IKEA’s existence,” Cheburashkin said.

“Social media didn’t exist in Rodchenko’s day, but his aesthetic and passion for interaction was innovative,” he continued. On the wall he spins one of three rows of hexagonal drums, each surface displaying text and images. As the row rotates, the viewer can see different snapshots of the dynamic constructivist movement. Among them are captions of avant-garde manifestos, schematics of the club and pictures of Rodchenko’s class of 1914 in the college studios — a portrait of Lenin just visible on the wall behind them. Together, it is a kind of visual abacus. “Scrolling,” Cheburashkin jokes.

In-depth study of the Rodchenko family archives, assisted by Lavrentyev and project supervisor Kirill Cheburashkin, led to gratifying results. Lavrentyev said that “after multiple debates, we now know the true colors of the furniture. In addition to the striking red, there are two shades of gray, not just one.”

"In the past," he continued, "it was thought the chess board was horizontally rotated to change the color of the player, but actually it flips up to allow the players to swap chairs. So everything moves. Now, it actually works as it should, and I admire the extent of my grandfather’s ‘designer’s hands’ even more. My grandfather was a funny person,” he said, pointing at Rodchenko smiling in the portrait. “He believed creativity and humor went hand in hand.”

Everyone has a turn sitting at the chess table, including Golikov, who, it turns out, doesn’t play chess. “The first time I played with anything chess-related was making the pieces. And althought they might look complicated, they were actually the easiest part of the club. I had the most fun making them.” As the oldest of ten siblings, he added that “my whole family of twelve would happily fit in this room.”

There is a sense that this reconstruction of Rodchenko’s Workers’ Club is in its rightful place. “This seems to be the first time that Rodchenko’s project could serve, not only as an exhibition, but as a space for real work,” Cheburashkin said.

“Our Workers’ Club is a living space where students can learn and relax.” The computer in the corner doesn’t clash at all and on social media the response to the Club is buzzing. In the comments, there is already talk of a chess tournament next semester.

For more information about the Stroganov Academy, see the site here.

Julia Lesny is an arts and culture specialist and an Alfa Fellow.

Julia Lesny is an arts and culture specialist and an Alfa Fellow.

Nona Gaprindashvili filed the $5 million defamation lawsuit against the streaming giant in September 2021.
The MT List.

A new museum, Vivaldi in a mansion, a pub crawl and more await this weekend in the Russian capital.
'Totally unbelievable'

Fast-paced drama chronicles Alexei Navalny's investigation into the men behind the 2020 Novichok poisoning attack that almost killed him.
literary award

Pushkin House Gets Ready for Its 10th Anniversary Book Prize

The Pushkin House Book Prize showcases the best non-fiction about and from Russian.