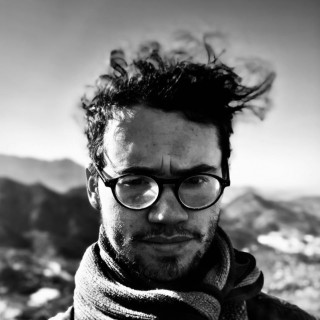 Belarusian opposition activists in exile are calling for the EU to ramp up sanctions on President Alexander Lukashenko’s regime after the forced landing of a Ryanair Athens to Vilnius flight and arrest of a dissident journalist onboard.

Outrage over the incident — in which Lukashenko scrambled a MiG-29 jet fighter to intercept the flight carrying 26-year-old Roman Protasevich — has already led to a ban on Belarusian airlines flying to the EU and a recommendation that carriers based in the bloc avoid Belarusian airspace.

While negotiations on expanding existing sanctions on Belarus to hit key sections of the economy are ongoing, the opposition in exile fears they might not be tough enough.

“The EU must decide between profits and principles,” Anna Krasulina, spokeswoman for Belarusian opposition leader Svetlana Tikhanovskaya told The Moscow Times by phone from Lithuania, where both have been living since fleeing Minsk last August after a presidential election they believe was rigged.

“Which one it will be, we will soon find out, but for now the future looks grim for democracy in Belarus, unless the EU takes action in orders of magnitude more drastic than what it is set on doing now,” Krasulina said.

Protasevich attracted the attention of the Belarusian authorities because of his role as editor-in-chief of NEXTA — a Warsaw-based Telegram channel that rallied and promoted some of the largest demonstrations in Belarus after the disputed presidential election.

NEXTA’s current editor-in-chief, Tadeusz Giczan, told The Moscow Times the outlet would continue its work regardless.

“It’ll be business as usual for us,” he said.

Some activists said the EU’s commercial interests took precedence over elections and alleged human rights abuses as soon as last year’s protests dwindled. A document circulated by the opposition cited by the FT said the bloc bought and is still buying fertilisers, fuel and more from Belarus.

“The moment the pretty pictures [from the marches] went away, they stopped writing about us, attention stopped,” said an activist living as a refugee in Ukraine who asked to be named only as “Kate” out of fear for her safety.

The head of Warsaw-based NGO Belarusian Home Aleś Zarembiuk said he believes fresh mass protests are impossible because of the methods Lukashenko’s regime uses to suppress them. He said thousands have been tortured in jail and described conditions as “Stalinist.”

A Minsk-based student who asked to be identified only as “Vlad” described a state of constant paranoia and perpetual police presence on the streets of the Belarusian capital.

“It’s as if everyone is waiting for something … maybe, some external cause, something from abroad will prompt people to action,” he said.

Belarusian activists still harbor hopes that international pressure on Lukashenko from the West, particularly the EU, will increase. Both Zarembiuk and Krasulina said they believe some form of a coalition will be required. Without such a coalition, Zarembiuk said, sanctions are not very effective.

“They are still needed, though, since Lukashenko only understands strength,” he added.

Nigel Gould-Davies, who served as the British Ambassador to Belarus from 2008-2009, said that Russia provides a precedent for an EU sanctions coalition, together with the U.S. and several other states.

“The EU's record in maintaining sanctions on Russia since 2014 is impressive. This has probably lasted longer than the Kremlin expected,” he said, adding that London’s importance in the global financial system means the U.K. could play a significant role in any sanctions regime.”

The Ryanair incident has prompted EU politicians to begin to see Belarus as a state that could pose a threat to EU citizens, according to Dr. Roy Allison, the Director of the Russian and Eurasian Studies Centre at Oxford University’s St. Antony’s College.

But he added that the EU is unlikely to entirely “abandon the carrot” in its dealings with Belarus as it is still important as “a European or a proto-European state.”

He pointed out that before Lukashenko’s 2020 crackdown on protest, the West was planning on opening up some ties and reluctant to let Belarus lean significantly toward Russia.

“The security apparatus of the two states will become more coordinated and that is not a good thing [for the West],” he said.

The Baltics and Poland had the most severe reactions to the arrest of Protasevich, with Latvian lawmaker Aigars Bikshe even proposing taking the Belarusian hockey team hostage until all Belarusian political prisoners were released as a response to what he called a “punch to the face of the EU,” according to Russia’s state-run RIA Novosti news agency.

Yet the sabre-rattling on the part of Belarus’ neighbours still has to persuade the EU giants. On May 25, French President Emmanuel Macron told reporters there was little more to be done with Lukashenko aside from cutting off flights with Belarus and bringing about more sanctions.

“You yourself don’t know what to say — in that case, do we start an armed conflict? Do we entirely cut off relations? We already did that. We go further, but to where?” Bloomberg News quoted him as saying.

As for opposition leader Tikhanovskaya’s spokeswoman Krasulina, she believes the forced re-routing of the plane and arrest of Protasevich could give activists a new opportunity to spur the West into action.

“The trust toward our team increased after the hijacking,” she said.

David Saveliev is a freelance journalist and a graduate student at the University of Oxford who specialises in revolutionary movements.

David Saveliev is a freelance journalist and a graduate student at the University of Oxford who specialises in revolutionary movements.
Read more about: Belarus , Europe , Sanctions

The package looks to hit key sources of revenue for Minsk after the forced landing of an airliner and arrest of a dissident journalist.
'hostile actions'

The sanctions followed global outrage over the forced landing of a Ryanair flight in Minsk to arrest a regime critic.
BLACKLIST EXEMPTION

The German newspaper said the need to keep lines of communication open will keep the strongman off the list.