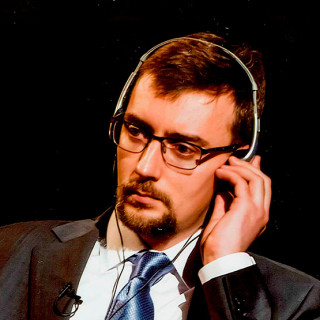 Following Joe Biden’s victory in the U.S. presidential election, there are many questions as to what it will mean for countries targeted by U.S. sanctions. The next president cannot change sanctions policy on a whim, since they are a part of routine processes, but he can influence several important aspects of that policy. He can, for example, change the style of decisionmaking, which would have implications for the United States itself, as well as its rivals and allies.

Former vice president Biden has seen a lot of sanctions come and go during his lengthy career: the Jackson-Vanik amendment that limited Soviet trade with the United States over the former’s strict emigration policy; the sanctions war with Iran; the gradual lifting of sanctions against China; the repeal of sanctions against Russia; and then their return. He entered politics at a time when trade sanctions and embargoes reigned; he worked in the Senate when targeted sanctions were in their infancy; and now he has become president at a time when the U.S. financial authorities have unprecedented foreign policy opportunities.

If we look at three countries currently under U.S. sanctions — Iran, China, and Russia — then Biden’s victory is most likely good news for Tehran. The Joint Comprehensive Plan of Action on Iran’s nuclear program was a triumph of multilateral diplomacy, but Trump announced in 2018 that the United States would unilaterally withdraw from the deal. This meant the return of a wide range of U.S. sanctions against Iran’s finance and energy sectors. The threat of extraterritorial U.S. sanctions forced many countries that had relaunched their Iranian projects when the deal was reached in 2015 to pull out of Iran.

Trump removed the exceptions made for allied countries on buying Iranian oil, and introduced additional sanctions targeting various sectors of the economy. The political manifesto of the new U.S. policy on Iran was Secretary of State Mike Pompeo’s list of twelve demands that needed to be met in exchange for the Trump administration lifting or easing sanctions.

Washington’s decision appears to have hit Iran hard, yet it hasn’t achieved any political results. Iran has been active in Syria, Yemen, and a whole host of other countries, and has also continued with its missile program. Now Biden’s task will be to restore that lost opportunity to influence the situation using multilateral diplomacy.

A priority will be to block the sale of conventional weapons to Iran, since the UN resolution banning such sales expired in October this year, meaning Russia and China, for example, could provide Iran with access to the latest weaponry.

Biden might even raise the prospect of relaunching the nuclear deal. It’s likely impossible to return to the 2015 regime (though the UN resolution is still in place), but Biden could ease certain U.S. sanctions, such as restoring exceptions to the ban on buying Iranian oil.

Pompeo’s twelve points will not become irrelevant, however. It’s more a case of changing the style in which those demands are made, and how goals are achieved. The Americans can restart talks with Iran, but the level of demands will not return to 2015. Still, even the smallest movement on sanctions is important for Iran’s economy.

China can also expect to see some change for the better. Biden may go back to implementing U.S. obligations under the first phase of the trade deal, after Trump refused to do so, citing the pandemic. But a turnaround in U.S. policy on China is unlikely.

Washington has embarked on a path of China’s technological containment, and will not swerve from that path. The executive orders signed by Trump relating to the telecom sector will remain in force, along with discriminatory measures against Huawei, ZTE, and other companies. Any Chinese investment projects will continue to be viewed with suspicion in the United States; the FBI will keep hunting for hackers and industrial spies with links to the Chinese government; and those who violate U.S. sanctions will be prosecuted.

Biden may take a tougher position than Trump on human rights issues in Hong Kong and Xinjiang, though major sanctions in that regard are not to be expected: they would only target individual heads of security services and officials.

Overall, the cold war against China declared by Pompeo will continue, but Biden will wage that war more politely and professionally. And for Beijing, that rational and professional enemy is more appealing than his less experienced and emotional predecessor.

Finally, there’s no good news for Russia. But there’s no outright bad news either. None of the sanctions in place will be reviewed: issues in the U.S.-Russian relationship like Ukraine, cybersecurity, the Middle East, and human rights are not going to show improvement, so nor will the sanctions policy.

Things could, however, undoubtedly take a turn for the worse. The United States has not yet adopted any sanctions over the poisoning of the opposition politician Alexei Navalny. This will likely happen before Trump leaves office in January. But there’s no reason to expect radical measures. Most likely, Washington will limit itself to blocking entry and visas to the United States for the Russian officials already included on the EU sanctions lists.

There is a risk that Washington might invoke the 1991 Chemical and Biological Weapons Control Act and increase limitations relating to Russia’s sovereign debt, but that’s unlikely.

If there are no major crises (such as Ukraine in 2014, the U.S. election interference scandal in 2016, or the Skripal poisonings in 2018), it’s unlikely that there will be an escalation of sanctions on Washington’s part. The Biden administration won’t, without any compelling reasons, move forward with the draconian DASKA (Defending American Security from Kremlin Aggression) act or other ideas for radical measures against Russia. The Trump administration also had reservations about the act, not least because of the potential damage from it to the United States itself.

It’s more likely that we will see more active sanctions related to human rights, such as the Magnitsky Act. They won’t have a fundamental impact on the Russian economy, since they will only affect individual members of the Russian security services or officials.

The Americans will keep up the pressure on the Nord Stream 2 gas pipeline from Russia to Germany one way or another: sanctions relating to the project are enshrined in law, so the president can’t change them single-handedly. Overall, the paradigm of fierce rivalry between Russia and the United States is unlikely to change. New political crises are possible, and will bring with them more sanctions.

Ivan Timofeev is the director of programs at the Russian International Affairs Council.

Ivan Timofeev is the director of programs at the Russian International Affairs Council.

Thanks for signing up!
Read more about: Joe Biden

What a U.S. Intelligence Report on Russia Really Tells Us About America

The U.S. is easily triggered by what is in effect Russian trolling because Americans are increasingly uncomfortable with internal threats.
'Very Concerned'

U.S. President Joe Biden said that talks on extending the soon-expiring New START treaty have to be prioritized.
FIRST MOVES

The nuclear arms deal is set to expire in two weeks.
new start

Russia Urges Biden to Be 'More Constructive' Over Arms Treaty

The Russian Foreign Ministry said the treaty should be extended in its current version without pre-conditions for five years.