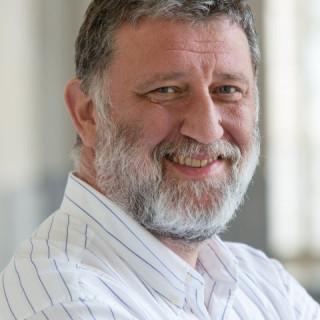 By Sergey Parkhomenko
Oct. 14, 2020
Not only Irina’s death but Slavina's entire life was highly emblematic. Her story is the story of a provincial schoolteacher who wanted to become a journalist and became one, who wanted to be independent and retained her independence despite all the pressure.

Over the last five years, this website has become quite popular in Nizhny Novgorod thanks to the fearlessly critical manner in which it covered the city news. The extraordinary interest in accessing the site on Friday was sparked by news of the suicide of the journalist Irina, head of Koza.Press. She had doused herself in petrol and set herself on fire on a park bench right in front of the city’s police headquarters.

It bears remarking that Irina Slavina was neither the chief editor nor the chief executive of her media outlet. She herself was the media — the only reporter, the only editor, the only manager, the only accountant, and the only social media manager at Koza.Press.

Irina and I never met, but I found our correspondence, which began five years ago. From time to time, Irina wrote to me about events in Nizhny Novgorod, most often about corruption scandals and abuses of power perpetrated by local officials — the sorts of things she thought would be of interest to the radio station where I host a weekly program.

Of course, I was also very familiar with Irina’s name from other news stories, stories in which Irina herself was the newsmaker, recounting, often reluctantly, events from her own life. For over the past few years, Irina had been the subject of special scrutiny by, and of keen interest to, the Nizhny Novgorod police, regional FSB, the prosecutor’s office, investigative committees, the Center for Combating Extremism, and a multitude of other security and law enforcement agencies in the region.

Time after time, Irina had been the target of persecution. The local law enforcement agencies had brought administrative charges against her for Koza.Press publications, Facebook posts, posters she carried at protest rallies in the city center, and her single-person pickets next to government buildings.

'Blame the Russian Federation for My Death,' Journalist Writes Before Self-Immolation

They watched her closely and methodically tormented her with accusations, investigative procedures, interrogations, deposition requests, and subpoenas. The charges did not vary much: violation of street protest rules, insulting a public official, damaging the business reputation of a local bureaucrat, or slandering some important person. Every charge ended in a guilty verdict and a fine. Irina had spent hundreds of thousands of rubles on those fines.

A year ago, in the summer of 2019, a new charge joined this assortment of pretexts for harassment.

The law establishing liability for “disrespect of the government” entered into force, and Irina was immediately charged with a violation under this new Civil Code provision when she published a derisive Facebook status in response to the news that authorities of a tiny town near Nizhny Novgorod had put up a memorial plaque to commemorate Josef Stalin.

The post, which is still visible to any Facebook users, accumulated a mere total of 134 likes, 36 comments, and four reposts, as her account did not have many followers. This did not stop the prosecution: the three lines of text resulted in a 70,000 ruble fine.

The human rights group Agora reported that this sum was the largest of all the court-imposed fines for this relatively new offense. The amount was especially painful for Irina, who had long since abandoned her profession of teaching Russian language and literature, had no salary, and had personally paid all the expenses associated with running her media outlet. Irina’s only source of income was her craft: she knitted colorful scarves that were in high demand among her friends and fans of her investigative work.

The matter is not just about fines, of course. The Russian police long ago mastered the art of “punishment by investigation.” The so-called preliminary investigation procedures by the police, investigative committee, and other law enforcement agencies comprise a range of harassment tactics, such as interrogations, police raids, and seizure of documents and photographs, as well as any electronic devices that one might use to write texts or communicate with other people.

The police learned to perform these standard procedures with such elaborate cruelty and intrusiveness, and with such a clear intent to scare and humiliate, that the procedures amount to a system of psychological torment. This approach is very typical of the Russian repressive bodies.

But in the case of Irina, the harassment reached truly remarkable levels, and the whole city was aware of it for a long time — everyone who read her publications and followed her involvement in the protests knew what was going on. This methodical and inescapable bullying was the city authorities’ response to the work of Koza.Press, the only truly independent media outlet in the city, whose main page bore the following motto: “News and analysis. Without censorship. Without orders from above.”

On Thursday, October 1, Irina wrote the following Facebook post: “Today at six in the morning twelve people entered my apartment with a chainsaw and a crowbar: Investigative Committee officers, police, a SWAT team, search witnesses. My husband opened the door. I was undressed and had to put my clothes on under the supervision of an unknown woman. They searched the place. They did not let us phone a lawyer. They were looking for brochures, leaflets, Open Russia accounts, possibly an icon with Mikhail Khodorkovsky’s face. I don’t have any of this. But they took what they found: all USB drives, my laptop, my daughter’s laptop, the desktop computer, phones — not just mine, but also my husband’s, a bunch of notebooks in which I scribbled during press conferences. I am left without the means of production. I’m fine. But May [the family dog] suffered a lot. They didn’t let us take him out until 10.30.”

Then Irina took a petrol canister and went to the police headquarters in order to respond to people who tormented and humiliated her while hiding behind outrageous legislation. It was the only response she thought was available to her. Just a few hours after Irina’s suicide, the regional police department of Nizhny Novgorod denied any link between this tragic incident and the search of Irina’s flat the day before, as she “was neither the accused, nor the suspect, and was only a witness.”

However, her alleged witness status did not prevent the police from organizing the raid in the most barbaric manner.

And in the course of the twenty-four hours after her suicide, police made several attempts to destroy the small memorial spontaneously created by citizens who brought flowers, photographs, and candles to mark the place of tragedy and pay their respects.

Irina was forty-seven years old, her daughter had recently turned twenty, and her mother had her seventieth birthday on the day Irina’s life ended in such a horrible and emblematic way.

Not only Irina’s death but her entire life was highly emblematic. Her story is the story of a provincial schoolteacher who wanted to become a journalist and became one, who wanted to be independent and retained her independence despite all the pressure.

Russian journalism exists today only because there are several thousand people among the 150 million Russian citizens who made this profession their personal civic project. This project is a protest at its core, even when these journalists are not trying to pursue high-profile investigations or courageously expose public officials, powerful special services, or criminal bosses.

Even when these journalists simply try to provide honest coverage of the news in their city, region, or country, when they simply tell people in Russia how other people just like them actually live, this becomes a conscious act of civic courage.

The state has completely crushed Russian journalism as an industry, business, investment opportunity, and source of income. Over the past twenty years, it has made a systematic effort to do so, acting ruthlessly and often quite creatively, changing legislation, introducing economic restrictions, and engaging all security, law enforcement, and regulatory bodies at its disposal.

But journalism as a community of individuals, each fighting on their own or as part of a small group of defenseless but like-minded people, is still alive in Russia. These people work all around the country — on their own, on social media and YouTube, in small independent media outlets, and sometimes as part of large teams at “old media” newspapers and radio and television stations, where they try to maintain high professional standards and the long forgotten principles underlying high-quality journalism. Some of them are very lonely and isolated. Almost all live under constant pressure. But they remain almost inexplicably loyal to their mission.

Russian journalism as an economic sector is dead, but people — the journalists themselves — are still there and are not giving up. The tragic death of Irina that put an end to her difficult but courageous life only serves to confirm that.

This article was first published by the Kennan Institute.

Sergey Parkhomenko is a Russian journalist and the former Editor-in-Chief at Itogi and Vokrug Sveta.

Sergey Parkhomenko is a Russian journalist and the former Editor-in-Chief at Itogi and Vokrug Sveta.

What stocking up, throwing a fit, and rolling up your sleeves have in common.
opinion Mark Galeotti

Scapegoating Russia Over Our Gas Problems Is Not the Answer

The gas crisis is a fitting metaphor for the challenges of the modern world: complex, global, hard to fix and likely to have long and unpredictable impacts...