Naming the vaccine Sputnik V, Putin asserted that Russia had won the vaccine race. His action is reckless and dangerous, gambling with the health and safety of the Russian people. What is important is not to be first with a Covid-19 vaccine but to be the best, which means it must be proven safe and effective.

Vaccines are the only medical treatment given to otherwise healthy people.

That is why vaccines must pass rigorous scientific tests. The Russian vaccine is scientifically plausible, using two adapted strains of the adenovirus to trigger an immune response. But it does not meet even the most basic international scientific standards.

The Gamaleya Institute has not released safety or immunity data from its early phase clinical studies. The lack of transparency makes it impossible to independently verify the hyped claims. Russian vaccine studies have not been published in any reputable peer reviewed medical journal. Compare this with recent Lancet articles showing promising results in Phase 2 trials for a vaccine developed at Oxford University and the Wuhan Institute of Technology.

No regulatory agency has approved any of these vaccines, except for Russia.

Rigorous regulatory agencies like the European Medicines Agency or the U.S. Food and Drug Administration will only approve a vaccine that has been proven in Phase 3 trials. All research data must be made available to the agency. The international community will not recognize Russia’s claims until rigorous scientific and ethical standards have been met.

In fact, Russia has already probably breached ethical standards in its rush for a Covid-19 vaccine. It claimed that members of the Russian military “volunteered” to be tested with a Phase 1 experimental vaccine. Yet, soldiers are in no position to give informed consent. Mr. Putin even boasted that his daughter received an unproven vaccine as “an experiment.”

No one should be placed in the position of feeling even subtle pressure to be a human participant. Untested vaccines can cause severe harm. A Covid-19 vaccine, for example, could cause serious adverse reactions. It could even make Covid-19 infections more lethal. In other words, an unproven vaccine can cause thousands of needless hospitalizations and deaths. When the Philippines rolled out a dengue vaccine, it actually caused more severe illness in vaccinated patients.

Vaccine hesitancy has been a major challenge globally, resulting in a resurgence of measles and other childhood diseases. A rush to win the “vaccine race” using terms like “Sputnik” or President Trump’s “Operation Warp Speed,” can cause grave public concern.

Russian Health Minister Mikhail Murashko even echoed the moon race, hailing the vaccine as a big step towards "humankind's victory.” Public health isn’t supposed to be caught in the middle of a geopolitical struggle or nationalist boasting. Populist politicians who cut ethical and scientific corners will only fuel conspiracy theories about a future Covid-19 vaccine.

Russia’s approval of a Covid-19 vaccine has not resulted in international acclaims or adulation of its scientific prowess. Just the opposite.

“Between finding or having a clue of maybe having a vaccine that works, and having gone through all the stages, is a big difference,” said the WHO.

The WHO has every right to independently verify Russian vaccine data, but the agency has not been granted access. Even the Association of Clinical Trials Organizations (ACTO), which represents top drug companies operating in Russia, urged the health ministry to postpone approval until after Phase 3 trials. Granting approval of a vaccine based on less than 100 participants in Phase 1 and 2 clinical trials is irresponsible.

‘World’s First’ Coronavirus Vaccine: What We Know So Far About Russian Injection

The Gamaleya Institute claims Russia has already received orders for 1 billion doses from 20 countries, with plans to manufacture the vaccine in countries such as Brazil, India, and Cuba.

If an unproven vaccine were given to large populations in Russia and globally, it could be like playing “Russian roulette.” It could live up to the high hopes expressed by President Putin. But it could equally be catastrophic. If it proved ineffective, people would feel protected and stop social distancing and wearing masks, amplifying the global pandemic.

Or worse, if the vaccine caused grave harm, including more severe coronavirus disease, then health systems would become overwhelmed. Thousands would die. And public confidence in vaccines — the greatest achievement of the 20th century — would be shattered. That is a huge global gamble.

I’ve worked in global health, law, and ethics for over 30 years, advising the WHO and U.S. Centers for Disease Control and Prevention. I would not volunteer to be vaccinated with Sputnik V. By early 2021, there will be a number of Covid-19 vaccines approved by rigorous regulatory agencies in China, Europe and the United States. We can rely on these agencies to demand rigorous scientific proof.

The only thing Russia is proving is that it does not have strong “institutional guardrails” to assure the public that medicines and vaccines are safe and effective. 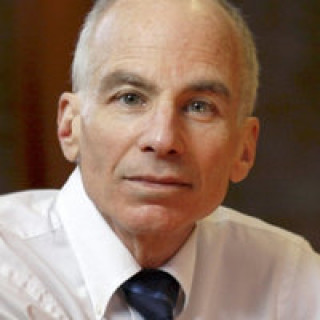 Western governments have not made a formal finding of responsibility for this week’s sabotage attacks on two Russian underwater pipelines carrying...
opinion Alexander Gubsky

The Price of Lying

In the first lecture of a new lecture series to take place at different European universities and organized by The Moscow Times, Alexander Gubsky, publisher...
opinion Alexandra Borissova

After seven months of war with Ukraine, Russian President Vladimir Putin has declared mobilization and is poised to annex four occupied Ukrainian regions...