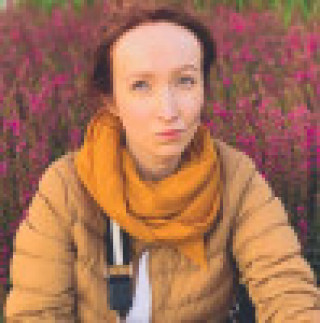 Alisa Yereminva, age 21, readies food to bring to her elderly relatives. For the past two weeks, to do this Yeremina first has to ask permission and then wait for approval by text message.

While Moscow was considering the use of digital passes to enforce coronavirus lockdown measures, the entire 3.8 million population of Russia's republic of Tatarstan has been living under this tougher regime since March 31.

First, everyone had to upload their personal and passport information either online or by phone to register in the system. Then they need to ask permission to do one of nine acceptable tasks: attend a court hearing, bring a child to daycare, visit a hospital or veterinary clinic, go to a funeral, replace a passport, go to a country house, visit a bank or post office, bring food or medicines to elderly relatives or move to a new address. Walking to the nearest pharmacy or food market can be done without permission.

“I input number 8 — bring food and medicines to elderly relatives. In a minute I get a message that I have an hour for the trip. And once I’m ready to come back home, I repeat the process,” Yeremina told The Moscow Times.

More than 630,000 residents of Tatarstan have registered on the service. Each day a person can receive two passes, most for an hour each. After complaints, the authorities now allow two hours to go out to a dacha and six hours to move one's residence.

Sometimes permissions are delayed, but Liliya Galimova, press secretary to the head of Tatarstan, told The Moscow Times that “In the first days the site was overloaded, but now complaints to the hotline are down by 50%.”

Before these measures were instituted, the republic had the same restrictions as Moscow. Marina Patyashina, head of Tatarstan's consumer protection agency, says they weren’t sufficient. “Each asymptomatic person infects one other person. People with symptoms infect at least three people. That’s why these restrictive measures are so important, to keep people healthy,” she said.

During the weekly online briefing of the council of ministers, Leyla Fazleyeva, head of the hygiene and anti-epidemic commission, stated that the restrictions would last “until the epidemiological situation stabilizes.”

There is no date to end self-isolation, and there is also no response to concerns about the safety of sending personal information by text message.

“Even the declaration of an emergency does not allow citizens’ rights to be restricted,” Damir Gaynutdinov, a legal analyst at Agora International Human Rights Group, said. “It just gives the authorities the right to prohibit access to certain buildings or territories. In my view, these digital passes are illegal,” he said.

But police officers and national guardsmen patrol the streets looking for violators, and Tatarstan is now the country leader in catching violators.

The police fine people for the smallest violation. For example, a man in Naberezhnye Chelny was fined for going to a 24/7 store, the Apologiya protesta activist group reported. He had gone out to buy something around midnight, and when the stores nearby were closed, he walked to the all-night shop. The court found that his trip to the store created conditions for being infected by Covid-19, and he was fined 7,500 rubles ($100).

The republic’s courts have processed more than 700 misdemeanors of Article 6.3 of Russia's Administrative Code — violations of laws protecting the epidemiological health of the population. The rights activists at Apologiya protesta called it illegal to use this federal law to institute local-level prohibitions. The Supreme Court of Tatarstan ordered that cases based on Article 6.3 be closed.

Soon after, the district and city courts began to fine residents for violation of a different article — Article 10.6.1, “Failure to behave in accordance with the instructions of an emergency situation.” There are now more than 40 cases based on this article making their way through the Tatarstan court system.

Yeremina said, “I think it’s overkill. I do it because I fear and mistrust our law enforcement agencies. I don’t violate anything, but all the same I feel safer when I’ve got the code.”

All the same, complaints flood the social media sites of Tatarstan's president, Rustam Minnikhanov. “'Self-isolation' is not an emergency situation, comrades… they’re just using this as a pretext to put us under control,” one poster writes. Others write that they don’t have any way to feed their children, pay off their credit and pay their basic bills. What’s happening in the region is, they say, outrageous. They want to go back to work.

But Fazleyeva does not agree. “Life goes on, but thanks to these measures, we’re seeing the improvement in the epidemiological situation that we wanted.”

Abdulmanap Nurmagomedov recovered from Covid-19 but was left with severe kidney and heart damage.
PRICEY PARADES

Businesses report excessive bureaucracy, daily requests for data and fear that political favors will be required in exchange for cheap loans and tax deferrals...