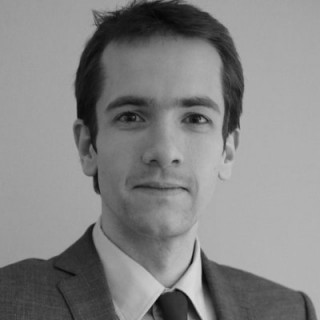 ‘From Russia With Love’ never gets old. The slogan was inscribed on military planes the Russian authorities sent to Italy in March as part of the Kremlin’s new “medical relief” operation to certain Western countries.

Moscow’s “pandemic exploitation” abroad started with the shipment of medical equipment to Italy on March 22. Rotations of military transport planes filled to the brim with supplies were filmed with great pomp as they left Russia.

Since then, the usefulness of Russian assistance has been put in doubt, as Italian whistleblowers said the supplies were not suitable for local requirements. For instance, shipments apparently lacked ventilators and other vital breathing assistance apparatus.

As well as medical equipment, Russia dispatched military medical brigades and personnel, including virologists, to Italy. This represented an opportunity for the authorities to obtain first-hand experience on how to contain the spread of the coronavirus.

Moscow’s helping hand is purely geopolitical. In the case of Italy, it underscores the absence of European solidarity in fighting the pandemic. For the United States, it makes Washington look weak and unable to cope with the crisis internally — especially as the medical supplies were not donated but purchased from a Russian company under U.S. sanctions and linked to the military industry.

These are symbols official Russian messaging will not fail to emphasise at home. Equally amplified is the narrative that, as the world struggles to fight coronavirus, a benevolent Kremlin is sacrificing much-needed medical supplies that could otherwise be used to save Russian citizens.

Coronavirus Propaganda a Problem for the Kremlin, Not a Ploy

The situation is compounded by the fact that Moscow sent military, not civilian, transport aircraft to both countries. Under international sanction since 2014 for the illegal annexation of Crimea and aggression against Ukraine, the Kremlin wants to demonstrate it can also use its military for the “good.”

Russian medical assistance could have been interpreted as an act of selfless international solidarity if Moscow had also sent similar help to Spain. In reality, this represents a self-serving PR operation aimed at extorting immediate and future concessions from the West. Russian gifts always come with a price.

This begs the question: What is Moscow really after? The low-hanging fruit for the Kremlin is reciprocal assistance from the West when Russia experiences the worst phase of the viral outbreak in coming weeks.

Another hint is President Vladimir Putin’s appeal during the G20 Summit to freeze, if not lift, international sanctions on the supply of “essential goods” for the duration of the pandemic. In this regard, Putin’s call for humanitarian measures helps the Kremlin probe for weakness regarding the renewal of European economic sanctions.

Last December, EU sanctions were prolonged until the end of July 2020. Using Rome as a Trojan Horse in Brussels is therefore a double opportunity. The country is being crushed by the pandemic and Italian authorities are generally accommodating to the Kremlin.

It is harder to make out what Putin seeks to immediately achieve with Washington. Appealing to Trump in person has already proved a risky strategy, and there is only so much Moscow can hope to achieve when it comes to lifting U.S. economic sanctions. Washington’s current refusal to alleviate sanctions pressure on Iran during the pandemic is a stark reminder of this.

In a coronavirus world where international medical assistance has been politicized, Russian authorities are another part of the problem, and not of the solution. And there are plenty of targets the Kremlin is likely contemplating to further its “pandemic exploitation” agenda, notably in the Balkans and the Black Sea region.

It remains to be seen how effective the Kremlin’s charm offensive will be, what Moscow will genuinely obtain in return and whether the PR coup will eventually backfire.

Mathieu Boulegue is a research fellow at the Russia and Eurasia Programme at Chatham House - The Royal Institute of International Affairs.  @MatBoulegue

Mathieu Boulegue is a research fellow at the Russia and Eurasia Programme at Chatham House - The Royal Institute of International Affairs.  @MatBoulegue

Hazard a Guess on the Meaning of Азарт

What do you do with untranslatable words? Well, you translate them as best you can.
opinion Andrei Kolesnikov

Why Is Stalin’s Popularity On the Rise?

To people outside of Russia, it might seem deeply shocking and incomprehensible that Stalin’s popularity is growing at such a pace. Yet it is an entirely...
opinion Eric Lee

It's Time for Georgia to Choose Its Future

Journalists around the world call on the Georgian government to protect the media - and the public.
opinion Andrei Soldatov

Why Is Russia Not Using Pegasus Spyware?