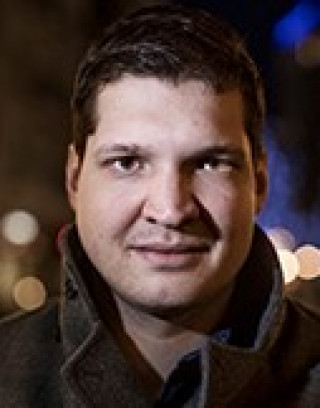 Slavic Shield 2019, the joint exercises carried out by the Serbian and Russian military during October 24–29, saw Russia use its sophisticated S-400 air defense system and Pantsir missile battery in military exercises abroad for the first time. Just a few days earlier, on October 19, Russian Prime Minister Dmitry Medvedev visited Belgrade. These two events speak to the fact that Belgrade is up to its old tricks of trying to play the Russia card for leverage with the West.

From Belgrade’s perspective, this latest diplomatic and military exchange is a sign that Serbia is as usual being defined by the Western media through the prism of a traditional alliance. Serbia will not, however, enter into a full-fledged alliance with Russia, due to the geographical distance between the two countries and a lack of economic incentives. While Serbia’s relationship with Russia is wrongly described through the lens of Slavic and Orthodox ties, the modern Serbia-Russia relationship is part of a foreign policy strategy based on hedging its bets and pitting Western and non-Western powers against each other.

This type of foreign policy behavior is the direct consequence of two systemic realities that have been underlining features of Serbian foreign policy since 2008. The first is the unresolved Kosovo dispute, and the second is the power vacuum in the Balkans generated by the global financial crisis of 2008 and subsequent inability of the EU to finalize its Balkan enlargement.

During his visit to Serbia, Medvedev repeated Russia’s long-standing position on Serbia’s territorial integrity regarding the Kosovo issue (like Serbia, Russia does not recognize Kosovo’s independence), confirming that Kosovo is at the heart of ties between Russia and Serbia. Kosovo is again becoming a hot issue, as the United States is growing impatient for a final deal to resolve the dispute between the Serbs and Kosovo Albanians: the Trump administration recently appointed the U.S. ambassador to Germany, Richard Grenell, as envoy to the negotiations. Grenell has already shown himself to be a tough interlocutor for Serbian President Aleksandar Vučić.

The Serbian leadership feels pressured by the West to resolve the Kosovo issue, and Belgrade believes that having Russia in its corner is leverage with the West to make the dispute’s resolution less painful for Serbia. As Milovan Drecun, a member of the ruling Serbian Progressive Party (SNS) and chair of the Serbian Assembly’s Committee on Kosovo and Metohija (the Serbian name for the territory), said in January: “We need Russia to strengthen us with the Americans, because when Russia puts its weight behind us, the Americans know that no solution can pass without its consent.” As such, both the military exercises and Medvedev’s visit should be interpreted as an attempt by Belgrade to gain maneuvering space with the West by showing it has Russia on its side in the long-running Kosovo dispute. For Moscow, it is simply another opportunity — and a low-risk, low-cost one — to poke and irritate the West.

The power vacuum in the Balkans has existed since 2008, and has allowed Russia and other non-Western players to take up a more assertive role in Serbia and the Balkans. The visit by Medvedev was a routine bilateral visit, but it coincided with frustration in the region with the EU over the French decision just the day before to veto the start of EU accession talks for North Macedonia and Albania. As Vučić told the Financial Times, the EU’s decision to deny Albania and North Macedonia the start of accession talks vindicates his policy of partnership with Russia and China. As such, Serbia will continue to use Russia and other non-Western powers as a way of hedging its bets and as compensation for being left out of the EU.

Domestic politics in Serbia are playing right into Russia’s hands. As an emotional response to the Western policies of the 1990s and Kosovo’s independence, the popularity of Russia and its president, Vladimir Putin, is high among parts of the Serbian public. For Serbian politicians, maintaining a balancing act between Russia and the West is a way of trying to win the votes of both pro-Western and pro-Russia voters. Indeed, Russia is frequently used as a tool by Serbian politicians to win votes, and Medvedev’s visit was an excellent opportunity for the Serbian government to appeal to the pro-Russian sentiments of some Serbian voters, as Medvedev attended a military parade marking the seventy-fifth anniversary of Belgrade’s liberation from occupation by Nazi Germany.

Serbia Pivots Towards Russia Yet Again — But at What Price?

An earlier visit by Putin in January 2019, when Vučić was facing frequent protests in support of media freedom and the rule of law, was even more effective in terms of PR. Vučić needed a large gathering of his own to counter the protests, and Putin’s visit was the perfect opportunity: according to Serbian media, 120,000 people turned out to see him at the Orthodox Church of Saint Sava in Belgrade. Vučić had tried through his SNS party machinery to attract an even bigger crowd to send the message to the opposition that he could match them and gather the masses on an even larger scale. Now the joint military exercises using the formidable S-400s are a powerful way of appealing to the pro-Russian sentiment of a large part of the SNS constituency.

Despite all of this, the Russian presence in Serbia and in the Balkans is limited, as it is based on three specific factors. The first is the unresolved Kosovo dispute, which provides leverage Russia does not want to give up for anything short of some great power bargaining with the United States. The second is energy. Even though Serbia will score some small commercial points from its interactions with Russia — several commercial agreements were signed during Medvedev’s visit, including deals under which Russia will help modernize parts of the Serbian railway network — Russian economic influence in Serbia remains limited. The EU is still the country’s primary economic partner. The one economic domain Russia will continue to dominate is energy supply, which was illustrated during Medvedev’s visit, in which the TurkStream gas pipeline was a key topic of discussion. The final factor is Russia’s popularity, as described above, among parts of the local population.

Nevertheless, despite the limitations of Russian power, Serbia will not give up on its partnership with Russia, as it believes it gives the country greater leverage for maneuvering in regional and international affairs. As long as Serbia lacks a solution to the Kosovo dispute that it can sell both to its international partners and to people at home, and as long as Serbia is denied a clear path to EU integration, it will continue to keep the Russia card up its sleeve.

This piece was first published by the Carnegie Moscow Center.

Vuk Vuksanovic is a PhD researcher in international relations at the London School of Economics. He previously worked at the Ministry of Foreign Affairs of the Republic of Serbia and as a political risk consultant in Belgrade.  @v_vuksanovic.

Vuk Vuksanovic is a PhD researcher in international relations at the London School of Economics. He previously worked at the Ministry of Foreign Affairs of the Republic of Serbia and as a political risk consultant in Belgrade.  @v_vuksanovic.
Read more about: Serbia

Russia counts the Serbian government among its allies.
opposite directions

Serb leaders have said that EU membership is a priority. At the same time, Serbia has historic and religious ties with Russia.
opinion Robin-Ivan Capar

Serbia Pivots Towards Russia Yet Again — But at What Price?

It is time for Serbia to unambiguously state its future aspiration and political orientation.