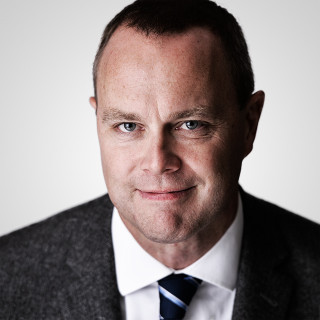 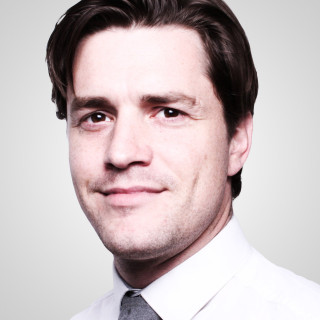 Traditional narratives around geopolitical competition in Africa have focused on the U.S.-China rivalry, while the role of other players — including Russia — has been limited.

Meanwhile, the past decade has seen a surge of Russian interest in Africa as the country's Foreign Ministry reported a 350% increase of trade with African countries over the past decade. Confirming this rapprochement, Russia is hosting next week in Sochi the first-ever Russia-Africa economic forum, followed by a summit that at least 47 heads of African states are expected to attend alongside Vladimir Putin.

“Russia has always prioritized the development of ties with African states, a relationship that is based on decades-old traditions of friendship and mutual aid,” Putin said at a BRICS summit in South Africa in 2018.

Indeed, Russia has historical ties to a number of African governments and is often regarded favorably there due to the Soviet Union’s support of independence movements in the 1960s and 1970s. However, it largely failed to translate this into economic or political influence in subsequent decades.

The connection is still relatively modest: Russian trade with sub-Saharan Africa stood at $20 billion in 2018, compared with U.S.-Africa trade of $61 billion, China-Africa trade of roughly $200 billion, and EU-Africa trade of more than $300 billion. A similar disparity exists in amounts of foreign direct investment or overseas development assistance.

But where Russia beats other geopolitical players in Africa is in providing security cooperation and exploiting commercial opportunities arising from it.

Over the past five years Russia has signed 23 security cooperation deals with African governments and become the largest supplier of arms to the continent, according to the Stockholm International Peace Research Institute (SIPRI), taking advantage of the gaps left by Western governments wary of condemnation from domestic electorates.

The drivers of foreign interest, including of Russia’s, in Africa are obvious; the continent may still account for a disproportionately small portion of the global economy, but it is growing fast. It also has often-overlooked political clout, with its 54 sovereign states constituting the largest continental bloc in the UN General Assembly and often showing a degree of unity on how it votes.

Russia has proven adept in advancing its interests and influence within this increasingly multipolar landscape. Its 2018 trade figures, announced by Russia's Foreign Ministry on 29 Aug., represented a 17.2% increase on the 2017 figures and a 350% increase over the past decade. Russian investment in Africa has seen a similar increase, with Russian companies involved in some of the continent’s most significant projects including the construction of Egypt’s first nuclear power plant and the development of one of the world’s largest platinum deposits in Zimbabwe.

Russia has achieved this through a variety of means. It has launched a diplomatic charm offensive, with Russian Foreign Minister Sergei Lavrov making multiple trips to Sub-Saharan Africa throughout 2018 and two trips to North Africa already in 2019.

Russia is also likely to seek to leverage its position as a member of the BRICS (Brazil, Russia, India, China and South Africa) association — and in particular the BRICS’ New Development Bank — to channel funding to Africa. However, its primary route to gain diplomatic influence and access commercial opportunities is security cooperation.

For Russian companies these strengthening government-to-government relations presents opportunities. These are obvious for Russian state-owned companies developing projects — such as those in Zimbabwe and Angola — financed by Russian credit; a model that African states, which often have a substantial economic presence, are sometimes more comfortable with than the focus on pure private-sector development often pushed by Western partners.

Where this are opportunities, however, there are also challenges. While the fragmentation and fluidity of the geopolitical landscape in Africa has broadly benefitted Russia and Russian companies, volatility always poses risks. Russia has developed strong ties to governments that have allowed it to ride out dramatic political changes in a number of countries.

In Sudan, for example, the fall of president Omar al-Bashir may have cost Turkey and Qatar their carefully built positions in the country, but Russia’s interests continue unaffected. But South Africa, where new president Cyril Ramaphosa canceled an agreement for Russia to construct nuclear reactors that was signed by his predecessor, highlights that no country is immune from the vagaries of Africa’s political landscape.

It is also important to understand that while Russia’s growing presence in Africa allows its companies to compete with other global players, the competition is fierce. Russia’s push into Africa may have caught some of the traditional players off guard but they are responding quickly, adopting the same dual approach of new geopolitical players — including Russia — that seeks political influence while also aggressively promoting their commercial interests.

The United States’ Prosper Africa initiative, announced on 19 June, is designed to tie development assistance to commercial opportunities for U.S. companies and represents a clear departure from previous models concerned primarily with political reform. China, meanwhile, is engaged in a subtle but fundamental strategic shift as it attempts to translate its economic clout into political influence.

In this environment, the most important thing any company can do is to properly understand the geopolitical landscape and the host government’s objectives within it. A bid for a large public contract or an operating license or an oil block will not always be judged on purely commercial terms. Many African governments will judge bids for major public contracts on the degree to which the awarding of a contract will advance priority geopolitical relationships.

Those companies that take the time to identify the wider geopolitical and development goals that implicitly or explicitly feed into the government’s decision-making, and align their bids with those goals stand a far greater chance of success. Those that can foresee potential volatility in government-to-government relations and take steps to mitigate the risks are far more likely to last.

And those that comprehend how growing flows or development finance are pushing African governments to open up previously closed economic sectors and weakening the stranglehold traditional development partners previously held are those that will be able to exploit the opportunities this opens.

Tim Stanley is a Senior Partner for Russia at Control Risks, a global specialist risk consultancy.

Tim Stanley is a Senior Partner for Russia at Control Risks, a global specialist risk consultancy.

Barnaby Fletcher is a leading Africa analyst at Control Risks

Russia Signs Deal to Open Naval Base in Sudan

Russia's Navy will be allowed to keep up to four ships at the base at a time, including nuclear-powered vessels.
Conflicting theories

Russian Journalists in Africa Were Killed in ‘Robbery,’ Investigators Say

The slain reporters’ colleagues and relatives have questioned the robbery theory and reports have linked their deaths to the Wagner mercenary group.
payback time

The VTB loan was part of a costly project that U.S. authorities say was an elaborate front for a bribery and kickback scheme.
Putin Guru

How Putin Got a New Best Friend Forever in Africa

Putin is becoming viewed as a kind of “guru” in Africa.