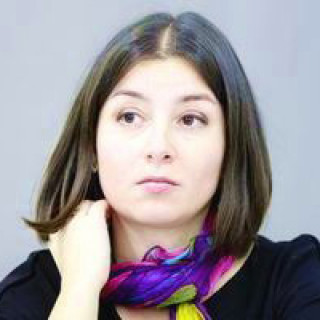 The point of the open letter, which has now been signed by nearly 200 priests from across Russia, is brief and specific: the priests call on “those with judicial power who serve in the law enforcement agencies of our country” to review the court rulings in cases of people sentenced to jail time for taking part in Moscow protests, and to make sure that future sentences are fair.

“Many of you were baptized in the Orthodox Church and consider yourselves believers. Judicial proceedings should not be repressive, courts should not be used as a means of suppressing dissent, and the use of force should not be carried out with unjustified cruelty,” reads the letter, which has also inspired other professions including teachers, doctors, IT specialists, and others to write similar letters, amounting to thousands of signatures.

The letter expresses concern that the harsh sentences already handed down “are more likely to intimidate Russian citizens than to be a fair trial to the defendants themselves,” and quotes Paul the Apostle as linking fear to the human condition of slaves: “The Spirit you received does not make you slaves, so that you live in fear again” (Romans 8:15), as well as John the Apostle: “There is no fear in love; but perfect love casts out fear, because fear involves punishment, and the one who fears is not perfected in love” (1 John 4:1).

The letter mentions two detainees by name, including Alexei Minyailo, a man well known in Moscow’s Orthodox and charitable communities who has been in pretrial detention for nearly two months, and expresses hope he will be cleared of all charges and released in the near future.

“You cannot build a society of free, loving people on intimidation,” argues the letter, in a very different tone to that used in official Church statements.

The letter is that rare case when the use of the word “unprecedented” is no exaggeration. It’s the first time ever that the clergy of the Russian Orthodox Church have taken collective action that was not sanctioned by the church authorities. More than one hundred priests speaking out publicly in solidarity and without the cover of anonymity, without the permission of the Church hierarchy or any assurances, is an almost unbelievable event.

Priests are one of the least protected social groups in contemporary Russia, entirely dependent on the Church leadership and the ruling eparch in charge of their diocese. They can’t just change jobs and go to work for another boss. Signing an independent statement criticizing the legal and executive authorities and demanding fairness from the state is, therefore, an act of courage for a priest.

Eight years ago, in 2011, the archpriest Alexy Uminsky, one of the signatories of the recent letter, published a text titled “A Church That Doesn’t Stay Silent.” In it, he argued that the Church should stand up for ordinary people in their dealings with the state, and ask uncomfortable questions. The text came out at the height of protest rallies against election rigging, and was long discussed in Church circles: some supported it, while others called for the lynching of “liberals in cassocks.”

A comrades’ court was swiftly convened by the Synod’s information department to condemn Father Alexy, and since then, the Church has indeed remained silent — though Father Alexy himself continued to speak his mind. For example, he has spoken out several times in support of Yury Dmitriev, a historian whose documentation of Soviet-era repressions appears to have prompted the authorities to launch trumped-up charges of child abuse against him.

Eight years later, it seems it was a mistake to expect some kind of systemic refusal to stay silent, changes in official rhetoric, or, most naively, any distancing from the state. Yet it is possible to demonstrate strength and show that the Church is not a power vertical, nor an administrative structure, nor an institution, nor even a diocese or Synod, but a living human community.

The Church responded to the priests’ letter in comments made to journalists by the deputy chair of the Church’s public relations department, Vakhtang Kipshidze. In the highly patronizing tone of someone reprimanding an unreasonable child, Kipshidze discussed what the clergy should and shouldn’t be involved in, and suggested that the priests’ pastoral duty of “mourning for the prisoners” should be centralized “through the PR department” — and not done publicly.

He also accused the priests of engaging in politics by focusing on several high-profile convicts, though at least some of them have been working with prisoners for years, including by ministering to those being held in pretrial detention centers. It is no secret that Uminsky paid more than one visit to the exiled tycoon Mikhail Khodorkovsky when he was in prison. To rebuke the signatories of the letter for political discrimination in choosing who to speak out for is slander.

The department later followed up with official comments that were far milder than those made by Kipshidze. The Patriarchate believes that no conclusions should be made regarding a person’s guilt or innocence without professional study of the case materials, and instructed the Ecumenical Russian People’s Council human rights center to look into it, in order “to provide qualified assistance, should it prove necessary.”

It’s worth noting that the head of the center, Roman Silantyev, has no legal background, not to mention academic credentials in this field. His area of focus is the Russian Islamic community.

Silantyev has already responded to his task, calling on priests who signed the letter and who personally know defendants in the “Moscow case” to “provide them with character references in a written format.” The rhetoric of the church officials is parodically bureaucratic compared with the simple and meaningful text of the priests’ letter.

The priests who signed the letter have also commented further on the matter, saying they were tired of the lack of freedom, and that: “We did not set ourselves the goal of collecting as many signatures as possible. The goal was the statement itself and its message.”

Another of the priests, archimandrite Savva (Mazhuko), wrote on Facebook that people had been asking him all day “Are you not frightened?” His response was: “That’s the most important thing in this whole story! Do you not hear how that question demeans us? Both the person asking it, and the person answering! So everything rests on fear? And human dignity is not respected, including that of a priest?”

And this really is the key to the questions of why write the letter, will it help, will it change anything, and will it influence the fate of those convicted. At the moment, no one knows what will influence their fate and how. The result of the letter is the letter itself. It has become an important fact in the life experience of those who signed it.

It’s already an event in the biography of the imprisoned believer Minyailo, whose supporters will no doubt find a way of informing him in pretrial detention of how many priests have spoken out in his defense — and he knows the price of their doing so. Whatever the consequences, the letter is already inscribed in the Church’s history.

This article was originally posted by Carnegie.

Ksenia Luchenko is a journalist specializing in church affairs.

Only the Chechnya and Chukotka regions have failed to be caught up in fervor.
Contentious case

Ustinov could potentially be freed from custody this week.
Protest