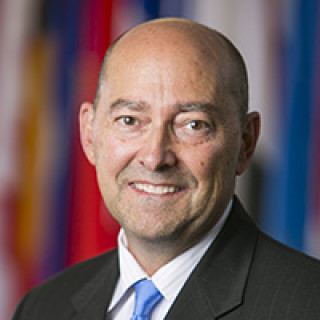 After several years of verbal jousting with the U.S., Turkey last week accepted an initial delivery of a highly advanced Russian air defense system, the S-400. Supporting equipment to bring the system up to full operational capability continues to flow into the NATO ally. We are at an inflection point, which (at worst) could precipitate Turkey’s withdrawal from the 70-year old alliance.

The U.S. and other NATO partners have three legitimate objections to the Turkish purchase of the S-400. First and most obvious is the potential compromise of NATO security if the S-400 is integrated into the alliance’s broader air-defense systems. It is impossible to know what intelligence collection mechanisms or cyber backdoors are built into the Russian system. Second, the alliance is justly concerned about having the U.S.-produced F-35 fighter, a fifth-generation stealth aircraft, routinely operating under the surveillance of a Russian-built system. A detailed knowledge of how the S-400 “sees” the stealth built into the F-35 would be a huge intelligence coup for Moscow. Finally, it sends a bad geopolitical message when a key NATO member makes an arms purchase from an adversary who is constantly testing and challenging the alliance.

While President Trump has been somewhat ambivalent in his criticism of Turkey’s purchase — saying at one point that sanctions would be “unfair” — he halted sales of the F-35 to Turkey on Wednesday.

The Pentagon is strongly in favor of kicking Turkey out of the F-35 program entirely, as both purchaser and supplier of parts. Congress is also incensed, and will likely call for sanctions based on the bipartisan Countering America’s Adversaries Through Sanctions Act of 2017. The Senate Armed Services Committee issued a bipartisan statement holding that it was a “troubling signal” of Turkey’s increasing “strategic alignment” with Russia. The lawmakers are spot on.

All of this occurs against a backdrop of further Turkish disagreements with the U.S. and the European Union. Turkey disagrees strongly with U.S. support for Kurdish fighters in northeastern Syria, who they say have links to Kurdish terrorist separatist groups operating in Turkey. It is also pushing forward with controversial seabed oil and gas exploration in the Eastern Mediterranean, alleging that it is authorized by the Turkish-aligned government of so-called Northern Cyprus — a nation not recognized by any other country. And finally, President Recep Tayyip Erdogan’s continuing oppression of the media, judiciary and opposition groups raises legitimate concerns about authoritarianism.

How serious is this rift? And what can be done to salvage the relationship?

First, the Trump administration and the Europeans need to recognize how high the stakes are in this dispute.  Erdogan is a prideful individual with no love of NATO in particular. I’ve met with him on several occasions when he was prime minister and I was NATO’s top military commander. He is suspicious of militaries in general, a tendency strengthened by the attempted coup against him three years ago, which he insists was centered in the Turkish military.

Yet Turkey has long been a valuable operational member of the alliance — the Turkish forces under my command were highly professional and part of our efforts in Afghanistan, Libya and the Balkans, as well as against piracy on the high seas. Losing the nation with the second-largest army in the alliance would be a significant geopolitical mistake. It would also set a terrible precedent to see a nation feel it was driven out by sanctions. So the West needs to work toward an outcome that, at a minimum, keeps Turkey a functioning, contributing member of NATO.

A second key is to shift the debate away from its current context of a U.S.-Turkish dispute, and center the conversation in Brussels at NATO headquarters.  There are 29 nations in NATO, and a 30th member — North Macedonia — will probably enter later this year or early next. A united alliance voice is needed to help persuade Turkey that the S-400 purchase is a mistake, but not the end of Turkey’s participation in NATO. It is vital to bend the arc of Turkish behavior away from Russia without managing to break it entirely.

Third, NATO allies should be thinking more creatively about how to address the specific concerns about the system. For example, there may be technical solutions to “wall off” the S-400 from the rest of NATO’s air-defense system, which is operated out of Ramstein Air Base in Germany (where I spent many days analyzing not only the efficacy of the system but the high degree of integration). Or should NATO consider encouraging the Turks to keep the S-400s in mothballs, and then selling them another high-end air defense system, perhaps at a discounted rate, to meet their legitimate defense needs?

Trump has offered Patriot missiles, and there are other good systems available that do not have the baggage of the Russian S-400. And in terms of selling Turkey F-35s, could it not be delayed (instead of canceled under sanctions) while NATO works out the problems?

Finally, it wouldn’t hurt to increase the level of engagement on other key fronts — from very senior exchanges of delegations to encouraging larger Turkish contributions in other NATO missions to personal conversations — for example, the Turkish minister of defense, former General Hulusi Akar, is a friend of mine, and is well known and respected in the Pentagon. More diplomatic and operational integration outside the relatively narrow ambit of air defense could be helpful.

Life is full of choices — for both individuals and nations. If Turkey chooses to go forward with the entire S-400 purchase, both sides in this dispute must work to create an acceptable outcome that doesn’t shatter alliance unity but also maintains the integrity of NATO air defenses and the stealth technology of the F-35.  It can be done, but it will take a lot of work and willingness to compromise.

This article was originally published by Bloomberg.

The U.S. and Europe need to maintain the agreed negotiating format while planning for the worst case to show Russia it will face a severe response to aggression...
opinion Mark Galeotti

Russia and West Continue to Talk, But Not Necessarily in the Same Language

For Moscow, talks with the U.S. on NATO and Ukraine are like divorce proceedings at the end of a long, increasingly bitter marriage.