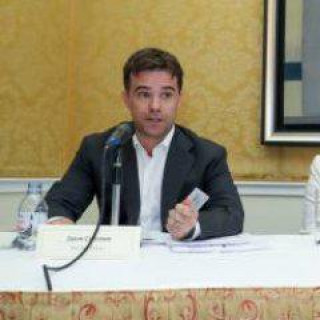 The arrest of iconic U.S. investor Michael Calvey in Moscow has sent shockwaves through the Russian business community in a dubious case that echoes the famous persecution of Bill Browder and his Hermitage Capital firm. Calvey, and several of his colleagues at Baring Vostok, the largest independent private equity firm in Russia, were arrested on Friday in Moscow “for large-scale fraud.”

His firm, which was set up in 1994, has been the most successful private equity shop in Moscow with almost $4 billion in capital.

Prosecutors claim Calvey and his team cheated Vostochny Bank, which Baring holds a 53 percent stake, out of 2.5 billion rubles ($166 million). However a source close to the company told me hours after the arrest that the shakedown of Baring Vostok looked like a classic case of “reiderstvo” or “raiding”, a catch-all term that describes a variety of illicit tactics — including theft, bribery, forgery and physical intimidation — used by businessmen, tax officials, lawyers and financiers to seize another business.

These tactics come straight out the playbook used to attack U.S.-born Browder and Hermitage Capital, once the largest public equity investor in Russia with $5 billion in assets.

Browder was quick to tweet out today that the arrest of Calvey should be the “final straw that Russia is an entirely corrupt and uninvestable country.” He added: “Of all the people I knew in Moscow, Mike played by their rules, kept his head down and never criticized the government.”

Calvey, who has pioneered private equity in Moscow, has had a much lower profile than Browder by dint of shunning investments in publicly listed companies and state behemoths like Gazprom. He also stayed away from publicly criticizing the Kremlin.

Despite being very successful, Calvey build up a reputation of an honest investor and was well-liked in the business community. Calvey and his team made canny bets in early Russian internet projects and sat on the investments even after the first tech boom imploded in early 2000s.

It paid off handsomely and Calvey once told me that they made a 500 percent profit on their investment in the Russian tech giantt Yandex.

A former exec at the EBRD and Salomon Brothers, Calvey had moved to London a few years ago for family reasons after more two decades in Moscow. As a founder and senior partner, he still was behind much of the deal-making and frequently visited Russia.

Whether Calvey can be saved from salivating wolves, who are eager to swoop up Baring’s portfolio of juicy assets, all depends on the level of political protection he bolsters, also known as krysha in Russia. And Calvey better have a solid krysha given that he is up against Vostochny Bank shareholder Artem Avetisyan, who is reported to have ties close to Russia's security services.

Finance Minister Anton Siluanov seemed only too happy to throw Calvey under the bus today. When asked about the case by reporters in Sochi, Siluanov flippantly said “do not break the law.”

Kirill Dmitriev, head of the Russian Direct Investment Fund (RDIF) however, immediately came out to vouch for Calvey in an unusual statement for a state entity official. The well-connected Dmitriev, a poacher-turned-Kremlin gamekeeper, has run the RDIF since 2011 after stints working for Delta and Icon Private Equity, rivals to Baring Vostok.

“I can personally vouch for Michael Calvey,” Dmitriev said in a statement. “I believe that he has done a lot to attract foreign investment in Russia and helped many Russian companies to grow and mature.”

The arrest ironically happened on the same day that the RDIF announced a rather unusual tie-up with the American Chamber of Commerce in Moscow to identify future investment projects.

Perhaps Dmitriev is being genuine in his support for Calvey, but he never spoke out in favour of Browder or other maligned foreign investors. His fund partners with other sovereign mammoths from Saudi Arabia, China but swims in the very same shallow pool for investments as Baring Vostok.

Jason Corcoran is a journalist who writes about economics and politics in Russia and the CIS.  @jason_corcoran

Jason Corcoran is a journalist who writes about economics and politics in Russia and the CIS.  @jason_corcoran

Thanks for signing up!
Read more about: Browder , Calvey

Calvey Case: While Two Foreigners Are Under House Arrest, Their Three Russian Colleagues Remain in Jail

The case against investor Michael Calvey and other Baring Vostok executives has rattled the Russian investment community.
Browder