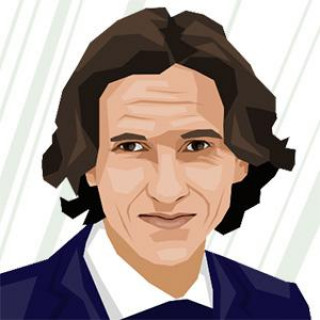 It will be a World Cup which will change everything. And if not everything, then a lot.

I remember sitting in front of the screen as a child in an apartment in Barnaul and watching Diego Maradona’s magnificent play. Since then, I associate the World Cup with holidays.

I could not have imagined then that I myself would participate in the World Cup one day. I did, in Japan in 2002. Even though it wasn’t my best performance, it was a dream come true.

Now this holiday has come our way, to Russia. For a long time it remained some kind of fantasy. But now there are mere months left until the tournament kicks off.

For me, the World Cup is not just a competition between the world’s best teams. This is, first and foremost, a great launching pad for the promotion and development of football in Russia. It is a chance for young football fans to see the best players in the world and take up the sport. It is an opportunity to change football in Russia for the better — in many ways.

It’s been almost a year since I joined the Russian Football Union as an anti-discrimination officer. And I remember how it all began; with skepticism in the Western media and online commentators saying nothing could be done about racism in Russian football. But I’ve always believed in giving it your all, just like you do in football.

Our main achievement this year has been to assemble a team of professionals in the field of combating discrimination. As the Russian expression goes, a lone man in the field is no warrior. And I’m a team player.

Together, we developed a unique internal anti-discrimination monitoring system tested in the Russian championships, which assists inspectors during the match. We present match reports to the Control and Disciplinary Committee and have applied sanctions, including fines and partial stadium closures, to various teams.

But the only way we can encourage a new generation of fans who know what it means not just to support their team but also to respect each other, is through education.

Together with Russia’s World Cup Organizing Committee, we have visited schools where we give lessons on combating discrimination. Starting this year, we also teach a course at Moscow State University’s philosophy faculty that includes theoretical and practical knowledge on how to promote a policy of anti-discrimination in world football.

Russian Hotels Hike Prices by up to 5,000% for World Cup

I’ve been impressed by the students, some of whom are far from football but show an understanding of the problems highlighted by the course. Now, together with the Insight educational center, we are developing lessons for teachers of schools nationwide on diversity. These lessons won’t just be about football but about dialogue between different people. And football, in my opinion, is a great platform for dialogue.

Millions of fans from all over the world will come to Russia and see it is a hospitable country. And when the tournament ends, they will return home and tell stories about their fantastic travels to their relatives, friends and colleagues.

They will come back to Russia to enjoy the culture and to see their Russian friends, who, I am sure, will be made by everyone who attends the World Cup, because Russians are friendly.

Of course, there are people who think they can afford to shout insults — but these are a minority of the total number of fans. And often, they do so out of a lack of education, not spite.

These people will not even get to the World Cup stands, since FAN ID passports will only be issued to fans without a record of abusive behavior during matches. Russia’s State Duma in November supported a proposal to keep the system in place after the World Cup so that fans understand their share of responsibility when they come to the stadium.

So I encourage everyone to come to the World Cup and be part of this great holiday, become part of history! Plunge into this amazing atmosphere with us.

Alexei Smertin is the Russian Football Union’s anti-discrimination officer and a former Russian national team captain. The views and opinions expressed in opinion pieces do not necessarily reflect the position of The Moscow Times.

The Kremlin Won't Tolerate Hooligans at Its World Cup (Op-ed)

Russia has one of the worst worldwide records in fighting forced labor and sex trafficking, according to an annual report from a U.S. government anti-trafficking...
opinion Evan Gershkovich

You can still see them if you look closely, but officials have tried to hide them from view.
FIFA

See what all the olympic fuss was about.