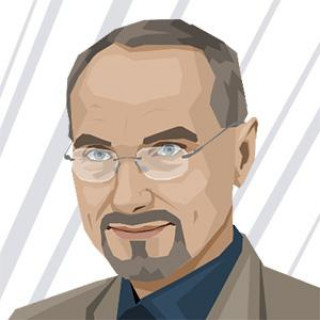 Of all the technological trends that will affect Russians in 2018, the spread of digital services will be the most important.

For our country with its size and unequal population distribution, digitization is not only “useful” — it is one of the most important instruments for economic development and improving people’s lives. Realizing this, the government has adopted a Digital Economy Program to help roll out digital technologies nationwide.

Only the development of digital and telemedicine will give Russians easy access to medical consultations with highly qualified, and foreign, specialists. Further improvement of clinical decision support systems, involving artificial intelligence technology, will bring the best of modern medicine to Russians and protect patients from preventable errors.

In online education, modern algorithms will enhance education on all levels by giving every student a tailored experience. Another expected transformation in the coming years is the emergence of “e-teachers.” This online system could provide study materials, generate tasks for students, track and comment on performance, automatically evaluate students’ responses and record their grades in an e-journal. The system wouldn’t replace humans, but it could free teachers from up to 50 percent of routine tasks.

Artificial intelligence technology will also be widely used to increase the efficiency of state services, from taxation to judicial practice.

One of the most interesting trends here is the development of automation in the legal sphere. There is even a special term, LegalTech, which includes the automatic generation of legal documents, but also the automation and increased availability of legal services, and even the digitization of judicial proceedings.

For Russia, where the legal culture is generally not advanced and attitudes toward the judiciary are generally mistrustful, this technology could radically change — and, in fact, is already changing — the entire image of legal services.

For example, this year, the implementation of the State Automated System “Justice,” which allows citizens to file lawsuits in electronic form, has led to a sharp increase in the number of claims. Federal judges can also make rulings in electronic form. With electronic systems analyzing documents for consistency and compliance with the law, the entire legal system is made more accessible and transparent.

Blockchain technology could prove its potential in the field of property ownership, including intellectual property, as well as in the more widespread use of smart contracts without any intermediaries.

Of course, there is a flip side to every innovation. For digital medicine, the main challenge will be how to protect patient data and ensure safe access. For digital technology, there is the threat of online theft, sabotage and cyberterrorism.

In 2016, the cybersecurity company Group-IB estimated the total damage to the Russian economy caused by cybercrime at 203.3 billion rubles ($3.5 billion). That is 0.25 percent of Russia’s GDP. In 2017, Sberbank estimated that cyber attacks had cost Russia between 600 and 650 billion rubles.

Developing methods of control, preventing cyber threats and efficiently investigating offenses is becoming a growing priority for the state, businesses and ordinary citizens.

One of the solutions can be found in biometric identification systems or video surveillance technologies for automatic facial identification, including those developed by the Skolkovo-based Vocord Company and VisionLabs.

This is a trend which will stay relevant beyond 2018.

Nikolai Suetin is the Vice-President on Science and Education at the state-funded Skolkovo Foundation. The views and opinions expressed in opinion pieces do not necessarily reflect the position of The Moscow Times.

The views expressed in opinion pieces do not necessarily reflect the position of The Moscow Times.
Read more about: Internet

Why Russia Wants to Break the Internet

Critics say it would allow the Russian government to crack down on dissent.
opinion Vladimir Gelman

Without a major overhaul of the country offline, technology alone won’t save the country.