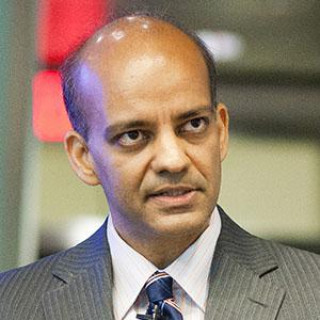 In August, Russia’s largest oil producer, Rosneft, and its partners closed a $13 billion purchase of India’s second largest private oil refiner, Essar Oil. It is a deal that represents the largest foreign investment in India, and one that provides Russia with a foothold in the growing Asian market.

A month later, a Chinese oil company agreed to buy a minority stake in Rosneft, an indication of the deepening economic ties between China and Russia.

These are timely developments for Russia’s economy, as it edges from recession to recovery following the past few years of low prices for oil, its most important export.

With growth projected to be around 1.8 percent in the period 2017 – 2019, Russia is not out of the woods yet. If the economy is to continue building momentum, Russia will need to look at further expanding its export markets – beyond its traditional trading partners in Europe, OECD countries, and the Commonwealth of Independent States.

The country could benefit greatly from deepening trade ties with new, dynamic markets – chief among them India and China.

Russia’s trade with China has been increasing over the past few decades. Merchandise trade between the two countries has almost tripled over the past decade, while net foreign direct investment (FDI) inflows from China to Russia have increased substantially, despite the decline in net inflows from the rest of the world.

Meanwhile, Russia’s trade with India has increased by more than 15 percent in the last five years. At the last St. Petersburg International Economic Forum, for example, there was a revival of bilateral trade measures between the two countries, going beyond the area of defense and into pharmaceuticals, agriculture, automobile components, and mining and metallurgy.

Nevertheless, Russia’s current level of exports to both countries is far below potential. The share of Russia’s exports to India is barely 2 percent, while for China it is 11 percent. Analysis suggests that Russia could potentially increase merchandise exports to China by around 24% of its actual exports.

Russia's Trade With China Up 22%

At the same time, the economies of China and India are undergoing dynamic shifts, presenting Russia with a range of opportunities and challenges. China’s rebalancing of its import demand and India’s emergence as one of the world’s fastest growing large economies present certain opportunities for Russia.

On the other hand, if the current changes in China’s economy were to reduce demand for Russia’s commodity exports, this would pose a challenge.

In our new report, A Rebalancing China and Resurging India: How Will the Pendulum Swing for Russia?, we present the results of four simulated scenarios for measuring Russia’s trade potential with China and India.

These scenarios are: a slowdown in China; a rebalancing of Chinese demand that increases the importance of consumption compared to investment; an increase in GDP growth in India; and all of the aforementioned changes happening at the same time.

These marginal effects on Russia’s growth could suggest that changes in the Chinese and Indian economies should not be of great concern to Russia.

But, there is another side to the story: such minor impacts indicate that Russia currently has limited capacity to benefit from any opportunities offered by both a rebalancing in China and more rapid growth in India.

Notwithstanding the small effects on GDP, the implications of these scenarios for household welfare in Russia are more significant, driven largely by changes in the terms of trade. For example, slowing growth in China – a major source of global demand for oil and minerals – would reduce the prices of Russia’s natural resource exports.

The ensuing reduction in government revenues from natural resources would require increased direct taxes to meet the assumed (fixed) fiscal balance. All of which would lead to a sharp reduction in household welfare and savings across Russia.

Our analysis suggests that economic changes in China and India are more likely to present challenges than opportunities for Russia. This is largely because of Russia’s limited non-oil trade with both countries.

However, there are a number of policy changes that may swing the pendulum in Russia’s favor – the most important being the urgency to speed up structural reforms on the domestic front in order to capitalize on the external changes.

Without such reforms, Russia will continue to pay a high price for its low labor productivity, immobility, rising informality and poor connectivity.

Knowing that Russian exports to both China and India are below potential, Russia’s policymakers should not ignore the importance of export diversification, particularly a reduction in the dependence on natural resources.

This can be achieved by focusing on non-oil traded goods (manufacturing), and supporting trade in high-skilled services, such as communications, financial insurance and tourism. Moreover, there is a need to reduce non-tariff barriers between Russia and its trading partners.

There are also policy implications for Russia with regard to China's ambitious Belt and Road Initiative. China has won a $375 million contract to build a high-speed railway line connecting Moscow to Kazan, in south-west Russia, with a possible future extension to Beijing.

Russia thereby stands to gain from building regional economic networks and attracting further Chinese investment into its economy, including its infrastructure sector.

Perhaps the most surprising result from our analysis is the role of FDI. Given Russia’s shared border with China, the country is ideally positioned to capture outward flowing Chinese FDI, particularly in its Far East region. Russia can also benefit from incoming Indian FDI in sectors such as pharmaceuticals and from investment by Indian IT firms in Russian techno parks.

Policy changes that help the Russian economy attract more FDI could have a significant impact on growth. Essentially, anything Russia can do to attract more FDI will better position the country to capitalize on the opportunities offered by both China and India.

By setting in motion the necessary policy reforms and measures, Russia could prime itself to capitalize on its trade potential and relations with these two major economies, while also mitigating the impact of adverse effects.

Apurva Sanghi is Lead Economist for the Russian Federation at the World Bank.

Thanks for signing up!
Read more about: Economy , China , India

“This system will be our silver bullet against our enemies,” an unnamed Indian military source told Kommersant.
fatal confrontation

Russia has close ties with India and China, which have traded blame for a deadly high-altitude brawl near their border.
economic stagnation

The U.S. president’s trade war with China has weighed on the global economy.
Economy

Cost of Russia’s 'Power of Siberia' Gas Pipeline to China Balloons to $9.7 Bln

Russia aims to start natural gas sales via the Gazprom-built Power of Siberia pipeline by December 2019.