Ilya Glazunov, one of Russia’s most popular and controversial artists, passed away on Sunday at the age of 87. A native of St. Petersburg, he graduated from the Repin Institute of Painting, Sculpture and Architecture. After winning the Grand Prix of the International Competition of Young Artists in Prague in 1956, he held his first solo exhibition in Moscow.

Glazunov was renowned for his portraits of famous personages, both Russian and foreign; illustrations for works of Russian literature; and later in life, religious and nationalistic depictions of Russian history. His enormous canvases are filled with dozens, if not hundreds, of figures depicting the gamut of contemporary and historical figures, from Prince Igor to Monica Lewinsky.

In 1976, Glazunov painted one of his first and best known historical works, “The Mystery of the 20th Century.”  In it, an atomic bomb explodes over depictions of Nikolai II, Albert Einstein, John F. Kennedy, Vladimir Lenin, Adolph Hitler and Charlie Chaplin, among dozens of other leaders and cultural figures. Hovering above is an image of Christ, and standing in prison clothes is the writer Alexander Solzhenitsyn. For the ideological crime of depicting Solzhenitsyn, the Central Committee of the Communist Party considered exiling him from the Soviet Union. Instead, he was sent to Siberia to paint portraits of the workers of the Baikal-Amur Railroad.

On his return to Moscow, Glazunov continued to paint monumental canvases. By then, society and the political system were falling in sync with his views.  In 1986, a large solo exhibition of his works was held at the Manege Exhibition Hall, and in 2004 a museum of his art and his personal collection of icons opened opposite the Pushkin Museum of Fine Arts. 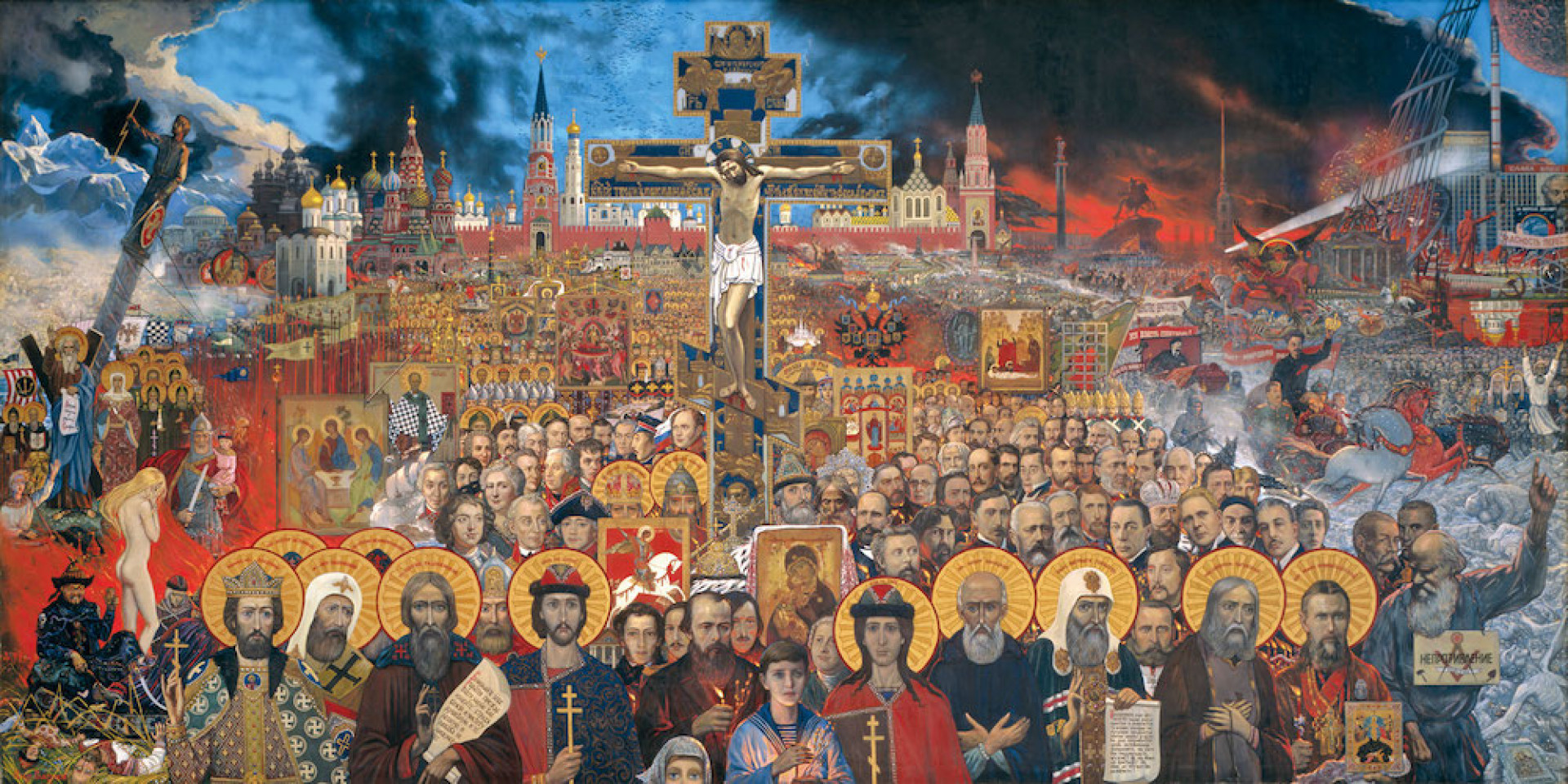 “The Mystery of the 20th Century” Glazunov Gallery 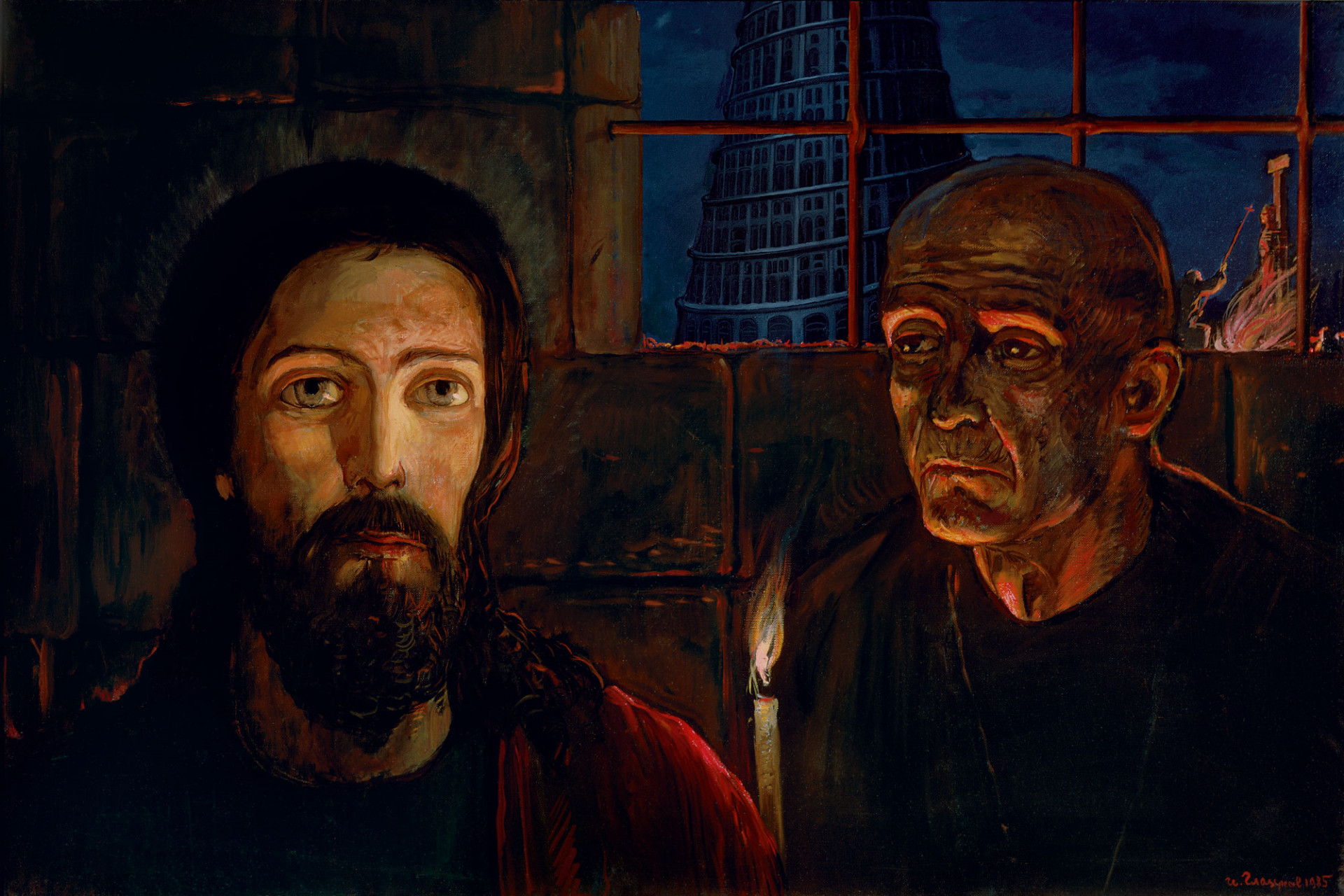 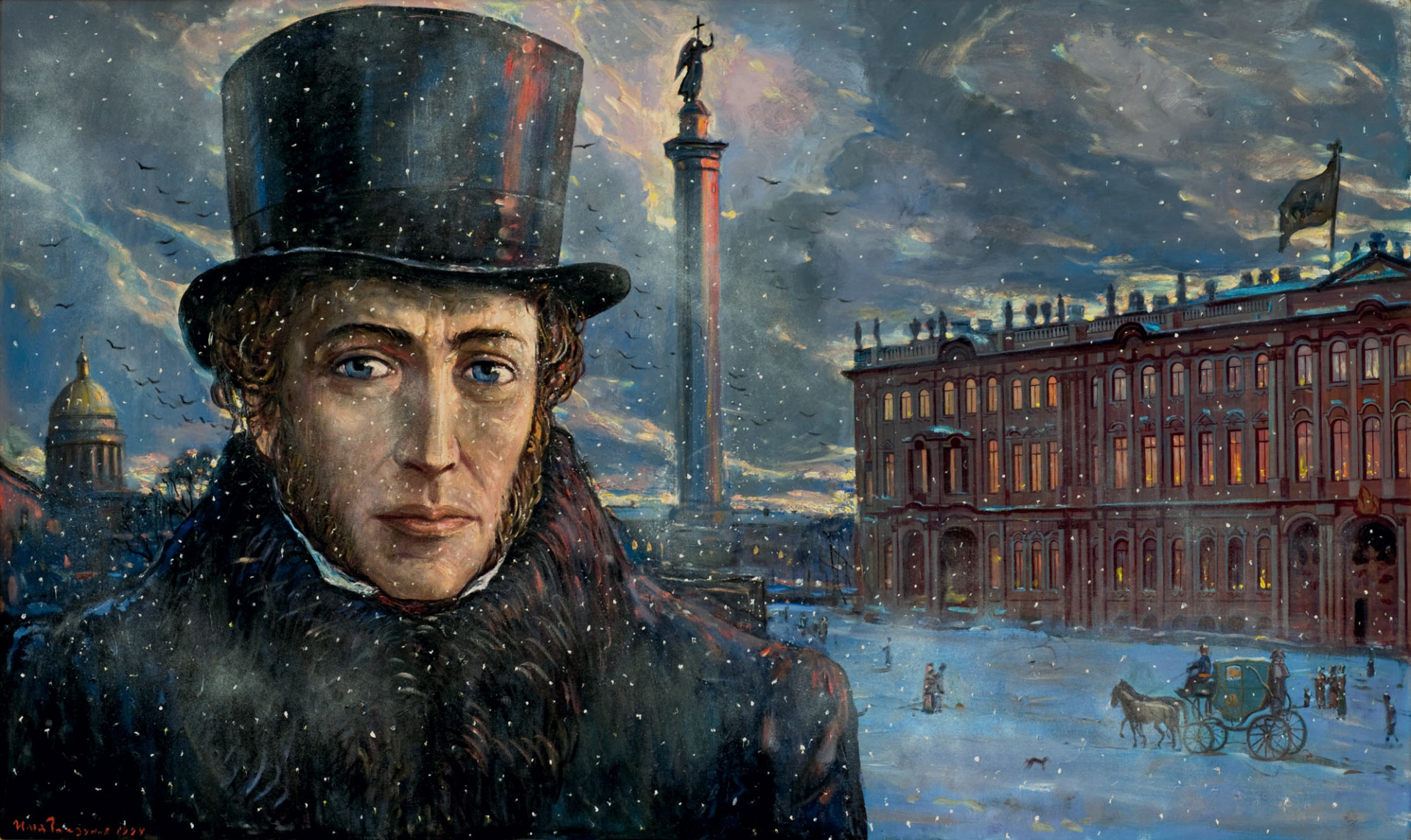 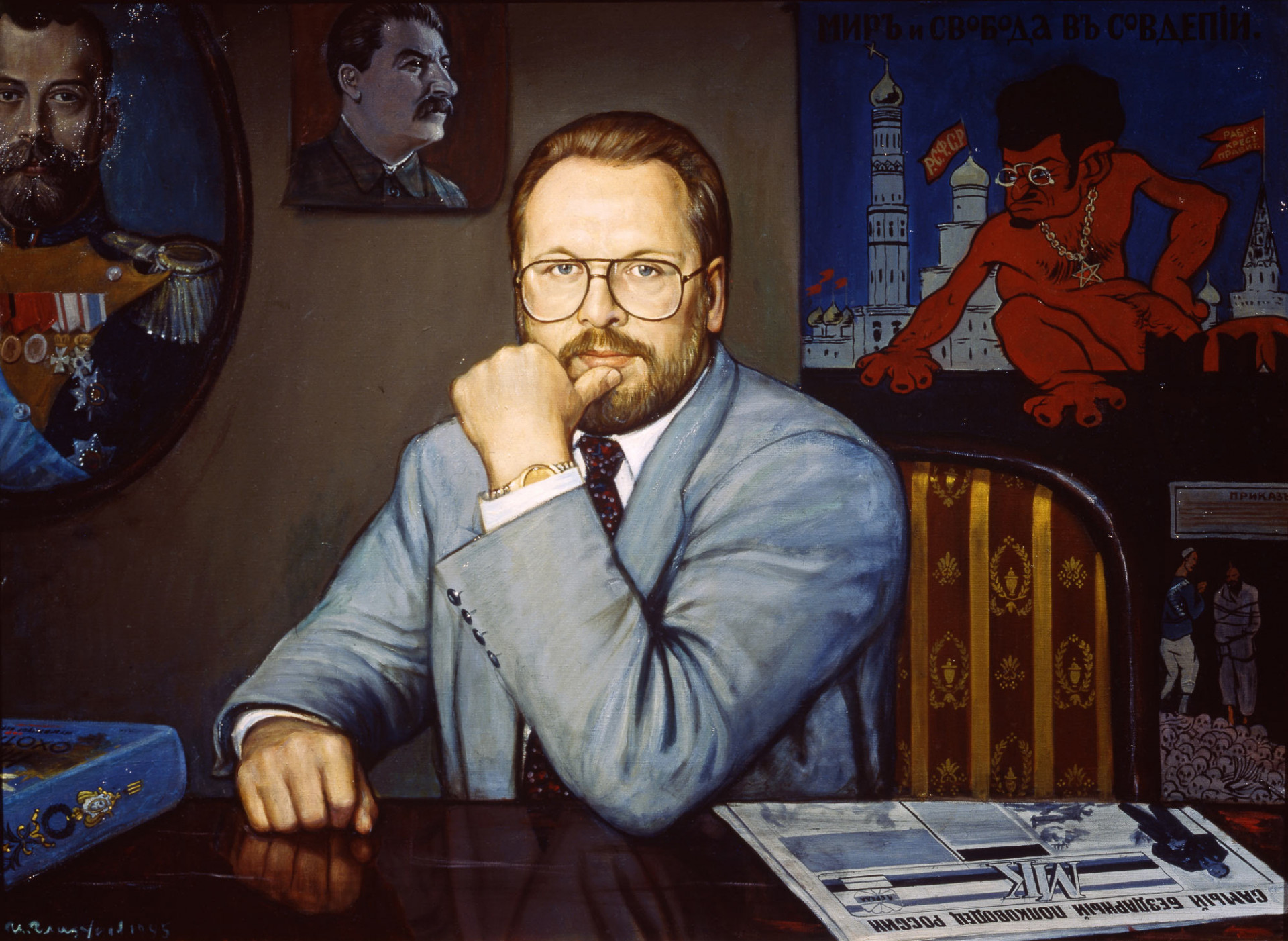 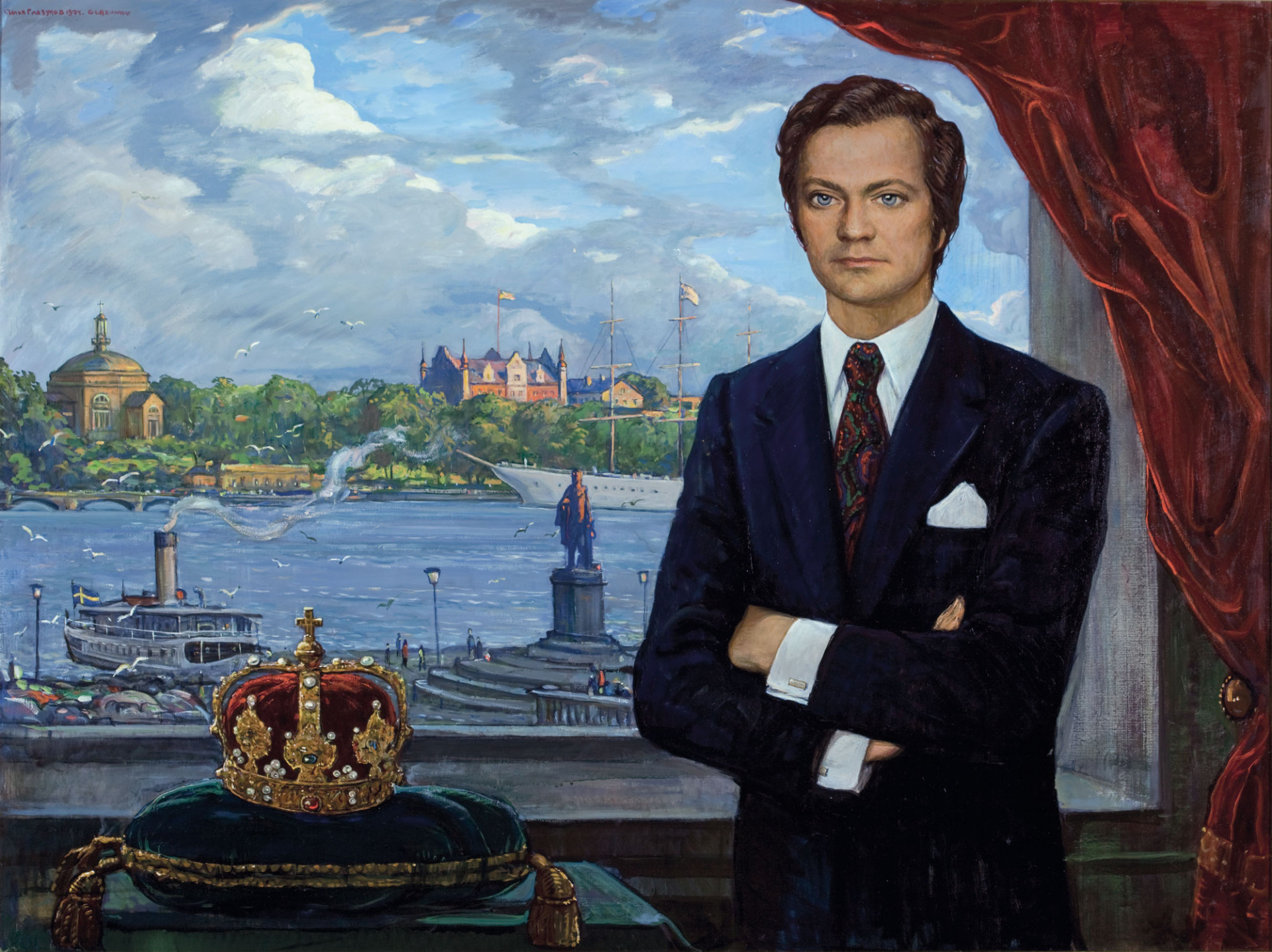 Glazunov was the founder and rector of the Russian Academy of Painting, Sculpture and Architecture, the artistic director in charge of the restoration of the Great Kremlin Palace and a vocal supporter of the reconstruction of the Cathedral of Christ the Savior. He was the recipient of many state and foreign awards, including People’s Artist of the USSR, the State Prize of the Russian Federation, and the UNESCO Gold Medal for "outstanding contribution to world culture."

Glazunov will be buried in the Novodevichy Cemetery.

Michele A. Berdy is the Arts Editor and author of “The Russian Word’s Worth,” a collection of her columns.  @micheleberdy
Read more about: Contemporary art , Art

Arts professor John Lavell’s last big project is to establish a British arts school in Moscow. He spoke to The Moscow Times about his background in art...
Contemporary art

Museum Night: Moscow calls on culture to win 'battle of the sofa'

Once celebrated as the city of 1,000 churches, these days Moscow is a city of museums. On the evening of May 20, over 200 museums, galleries, and art schools...
Contemporary art

Winzavod: 10 Years at the Cutting Edge

When the Winzavod Center for Contemporary Art opened to much discussion 10 years ago with its first exhibit, it looked destined to become a revolutionary...
Contemporary art

Under new leadership, Moscow’s legendary museum is hosting more exhibitions than ever before