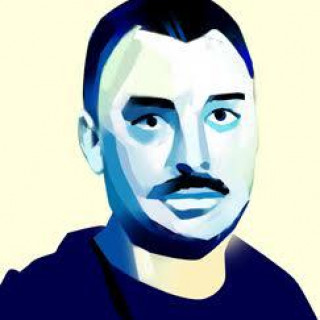 There is a fashionable line of thought that has Russia pulling the strings in major democracies on both sides of the Atlantic. FBI director James Comey recently confirmed an ongoing investigation into Russian alleged interference in the 2016 U.S. presidential election. Rarely does an election happen in Europe without journalists and politicians sounding the alarm on fears of Moscow’s meddling. Bulgaria, France, and Moldova are only the most recent cases in point.

As much as the Kremlin would like everybody to believe that it is able to manipulate political outcomes all over the world, the claims seem to be exaggerated. In fact, Russian foreign policy can only produce sure results by means of large-scale violence. When unaided by bombs, Russian diplomacy often fails.

Arguably, Moscow has achieved its goals in Ukraine and Syria, but it did use force there. Current discussions in America and Europe focus on a different kind of power. It is neither hard (as in Ukraine or Syria) nor soft. In places where it does not resort to force, Moscow is said to operate through influencing public discussion. Putin, the story goes, is able to hack his way into the internal dealings of Western democracies.

Even if—and it is a big if—the U.S. President Donald Trump benefited from Russia-sponsored activities during his campaign, that still does not make him a Kremlin puppet. To infer that the Russian scare is real, we need to assume that the Kremlin has the means to enforce some hypothetical agreements it has with Trump.

The classic Our Man in Havana, Graham Greene’s 1958 novel, is one of the many stories relating an embarrassing experience of a spy agency trying to control an operative stationed in a distant country. It is difficult even when the operative in question is an employee, and Trump, of course, is not.

But let’s look at ways Putin has chosen to maintain relationships he himself considers important. One old friend is better than two new ones (старый друг лучше новых двух), a Russian saying goes. It means that relationships that have survived the test of time are more trustworthy than recent partnerships. Levels of interpersonal trust are notoriously low in Russia, and as a result, Russians often rely on what economic sociologists call “strong ties” to get new jobs or clinch business deals.

Russian business owners tend to form structures reminiscent of clans rather than networks. Friends and relatives are often business partners, and partners, in their turn, quickly become friends.

Putin seems to be an extremely guarded person even by Russian standards. His preference has always been for strong, bonding ties. All his trusted lieutenants are either longtime friends or the people he came to know long before his ascent to the pinnacle of Kremlin power.

The opposite is also true: people who were Putin’s longtime friends often turn out to have become very rich, at least on paper. His youth judo club comrades are one famous story; his college buddy is another. His comrades in arms, the people who, like Putin, happened to be stationed in Dresden, Germany, in the late 1970s and 1980s, are an interesting case too, as is a guy who lived next door to his summer house in the 1950s. Putin seems to draw no boundary at all between business partners and friends.

This pattern is well known to sociologists who study groups, including criminal gangs. When you cannot enforce your agreements by legal means, you can either use violence or only choose your partners from your inner circle. Strong bonds provide for ways of enforcing contracts that have never been committed to paper.

When it comes to foreign policy, the Russian president has to rely on fleeting relationships, as Western politicians tend to lose power from time to time (a fact, by the way, that Putin is known to regret openly and find troubling). But even in these circumstances he still prefers to deal with friends. The German chancellor Gerhard Schröder, who served two terms between 1998 and 2005, allied with Putin on a number of issues and went on to work for Gazprom, Russia’s state-controlled gas monopoly. Vladimir started calling Gerhard a “freund” (it helped that the two did not need an interpreter) long before Gerhard was on Gazprom’s payroll. Schröder, in his turn, indicated that the bond was mutual: these types of networks require repeated signaling of amicability.

Last week Marine Le Pen, head of the National Front, a far-right political party in France, was invited to the Kremlin and given an official reception worthy of an elected politician. On the face of it, the invitation was a risky bet for the Kremlin. If Le Pen loses the election, her successful competitor will be less likely to cooperate with Moscow. What is even worse, the very fact of the meeting makes Le Pen’s win less likely because the French electorate is not particularly fond of Vladimir Putin. Why take such a risk?

Realpolitik considerations do not explain why the two politicians would choose to advertise their mutual sympathy. But in light of what we now know about Putin, we can extrapolate that he just cannot invest heavily in someone he does not know personally. He needs public expressions of allegiance.

But few politicians can afford to admit getting an endorsement from a foreign power. If and when a Moscow-supported politician wins elections, he or she has an incentive to signal his or her independence. If Le Pen went to Moscow, it is probably because she thought her chances of winning were slim, but even her win would not mean that Putin would get his way.

Why, then, does this counterintuitive system persist? One reason is that it is highly beneficial for everybody involved except Putin himself. Obscure European politicians get Russia’s support without having to actually win any elections. Veterans of the Russian security forces, who often serve as these politicians’ consultants, get resources to acquire foreign influence (see this story from Bulgaria).

It is not surprising that when the stakes are high, as is the case with Le Pen, the only way to guarantee a deal is to establish a personal bond. When it comes to serious business there is only one sure way to know that agreements are going to be respected: a publicized friendship. A proposed meeting between Putin and Trump, meanwhile, has been postponed and is unlikely to happen before the July G20 summit.

Foreign companies and politicians can buy influence in any country. It can happen everywhere. But the ability to bribe exists only as long as the corrupting party can enforce its informal agreements with the target. Unless you think that Russia can threaten American politicians with violence, the “Russian scare” is probably just a myth.

Andrey Babitskiy is an independent journalist. This Op-Ed originally appeared on The Russian File. A Kennan Institute Blog.

Thanks for signing up!
Read more about: France , Putin , Trump

Putin has shown the Russian public that the Kremlin has allies in Europe who support its worldview.
opinion Leonid Bershidsky

Putin Wants to Be the Middle East's Go-To Problem Solver

"We have things to discuss," Putin said.
opinion Leonid Bershidsky

Putin Is 'Unwolffable.' That's Not a Compliment (Op-ed)

Michael Wolff's incendiary book would have been impossible in Moscow, and that's something for Americans to appreciate