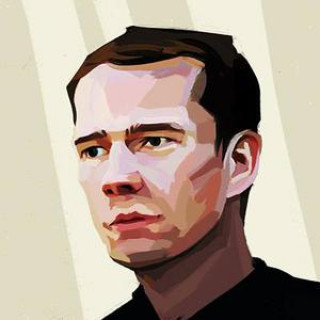 In December 2015, Ildar Dadin became the first person in Russia to be convicted under Article 212.1 — a controversial 2014 law that makes repeated violations of the country’s strict anti-protest legislation a criminal offense. He was sentenced to two and a half years for taking part in anti-government demonstrations.

In jail, Dadin alleged he had been subjected to torture at the hands of prison guards. Following public outcry, Russia’s Supreme Court overturned his sentence and he was released from a Siberian prison on Feb. 26. Days after walking free, Dadin held a one-man protest outside the headquarters of Russia’s prison service.

‘Somebody Is Going to Be Beaten’

I was released thanks to pressure from civil society, both inside Russia and abroad. But the law that sent me to prison, which limits our right to protest peacefully, still stands. This was no victory.

After my release, I went for a peaceful one-man protest against the torture taking place in Russia’s northern Republic of Karelia. A policeman told me I did not have the right to stand there unless I showed him my documents. According to the Russian constitution, I am entitled to know on which basis I am being asked to show my documents during a protest. They detained me, before letting me go the same day.

I felt the need to hold the one-man protest for two reasons.

First, I wanted the prison service to fire the head of Karelia’s prison system and the commander of the prison I was held in. The torture in Karelian prisons happens directly under their watch.

Second, I demanded that they guarantee the safety of ten people in the prison I was held in. I know they are being tortured and convicted in new cases for reporting it. I want them to be moved to another prison.

Initially, the media reported that the commander of the prison will have to resign. But those reports were premature. He is still there and I am certain he will take revenge on the people who try to report torture. I think he may do it later, when all of this calms down. Nobody is interested in investigating him. I think it shows the emptiness of the Kremlin’s system, in which they continue to pretend laws are enforced.

The commander and his men started torturing me in September last year. He would often make prisoners suffer from the cold. That’s what he did to me first. They put me in a cell next to an exit and left the door open in freezing temperatures.

When I declared a hunger strike, they stuck my head in a toilet four times and a group of ten men (some of them were watching) beat me. They keep you in constant fear. They don’t let you die, they make you suffer constantly. You never know when it will happen next and I often thought of suicide.

Not only do they beat you, they take away your right to basic hygiene. When I told them I had the right to a toothbrush, they beat me and threatened me with rape. They never raped me but I am sure that people were raped in that prison.

I was so hungry there. You don’t feel the hunger straight away. It comes over time, from constant malnourishment. I dreamt about my lawyer coming and bringing hamburgers. In just two months, I went from weighing 75 kilos to just 55 because of the cold, the stress and the physical pain.

Upon my release, I thought about leaving the country. But the moment I heard people being tortured around me, I understood that staying in Russia was the right thing to do.

I knew I would eventually get out, but some people will stay there for ten years or more. I know there are real criminals there, murderers and so on. But I also know that there are innocent people there who are victims of our deficient justice system. There are also people who are guilty of a crime but do not deserve anything close to the long sentences they receive or the criminal torture they endure. I can’t live with the thought of running away while those people are suffering.

My first mission is to fight the torture in Karelia. I want to see those sadists who tortured me and others behind bars. There are two possible outcomes. Either the state will protect them. That would send a powerful signal for other prisons. It would say “we tortured, we are torturing and we will torture.” Or maybe the state will show that, sometimes, the law works.

I want Russia to be a law-abiding country not only on paper. State authorities allow this lawlessness and want the people to remain quiet.

I am appealing to the active minority that wants to make the country a better place, we need to unite to fight this evil. The rest of society, the majority, will be better off when their rights are not infringed upon.

My faith is in good, normal, people.