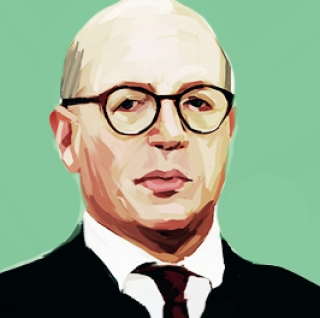 Since early 2014, Britain’s firm policy towards Russia has been a defining feature of the European political landscape. Russia’s annexation of Crimea produced the paradigm shift in Whitehall that its 2008 war with Georgia didn’t quite deliver. In the years before “little green men” and “hybrid war,” the UK described its Russia policy as “tough-minded engagement.” But in practice, it leaned toward, trade and partnership, seasoned with ritualized admonitions of Russia’s human rights record.

The change in 2014 was dramatic. Amid a “resurgence of state-based threats,” Russia occupied centre stage, assessed the Strategic Defence and Security Review of 2015. Since, the UK has been a stalwart proponent of economic sanctions and moving from “reassurance” to “deterrence” in Europe, including delivering military assistance to Ukraine.

But will this policy be immune to the political changes engulfing the West? On one hand, the UK led the charge. Brexit might not change British policy toward Russia, but it could well change Britain’s weight in the scales. As a European power, Britain has strengthened Atlanticism and with it, a Euro-Atlantic rather than the Pan-European model of European security favoured by Russia. In NATO, the UK’s voice will possibly matter more than before, but in debates on European security and EU policy towards Russia, the UK will no longer be — in John Major’s words — “at the heart of Europe.”

It is Donald Trump’s victory that raises deeper and darker questions. What kind of “special relationship” will there be with the abrasive Russophile Trump? In a postBrexit world, that relationship will be more important than ever. Whereas Angela Merkel coolly offered Trump cooperation on the basis of “democracy, freedom and respect for law and the dignity of human beings,” Theresa May pointedly emphasised an “enduring and special relationship based on trade, security and defence.” The UK will have no choice but to shadow Washington’s Russia policy, but that does not mean it will follow suit.

In the unlikely event that May’s government did so, it might please President Trump. But it would alienate the CIA, the NSA, the Pentagon, much of the US Congress and the reviled American “establishment.” Trump will need friends in Europe and he will hardly exchange the special relationship for one with a Russophile, but neo-Gaullist France. In this political constellation, the UK should find it possible to be a strong ally without losing its forthrightness and integrity.

Moreover, when a consensus on security policy in the UK is reached, it is not lightly altered. Officials answer to political authority, but Britain is not Russia. Governance depends not only on authority, but institutions, feedback, debate and, inevitably, process.

Prime Minister May has neither the time nor the motivation to reverse the UK’s stance on Russia. Brexit is consuming more energy and capacity than any other issue. If the Prime Minister’s overarching goal is to “secure the best deal for Britain,” she can hardly do so by playing second fiddle to Trump in Europe. Rather, she has a compelling political interest in showing Germany, Poland, and the Scandinavian and Baltic states that, inside or outside the EU, Britain remains a stalwart and indispensable ally.

There is no sign that British policy on Russia will change anytime soon. Even after a brief flirtation with “normalization,” Foreign Secretary Boris Johnson has been horrified by Russia’s tactics in Syria and was reportedly moved by his visit to Ukraine in September. Russia’s cyber meddling in American and German politics has neither advanced Russia’s image, nor its cause in Britain. Only a change in government policy by Russia will provoke a change in Britain’s policy toward Russia. There is no sign of that either.

What Does Brexit Mean for Russia?

52 percent of British people voted to leave the EU on Thursday and the result has already led to Prime Minister David Cameron's resignation and a free...
opinion

The Russian Guide to Brexit (Op-Ed)

The results obtained by British political polling companies are not normally of interest to the great and the good of Washington, Brussels and Moscow...
FIFTH WAVE