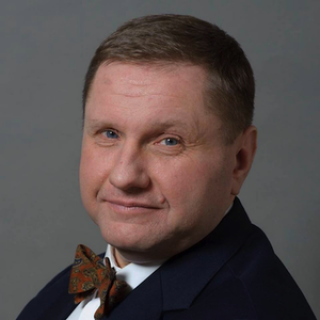 During the Senate confirmation hearing on Wednesday, U.S. Secretary of State nominee Rex Tillerson got his first taste of the world he will inhabit if he is confirmed — a world of constant public scrutiny, unfriendly press attention and political intrigue.

Not that this is entirely foreign to Tillerson. Most pundits do not have experience of life in a multinational corporation like Exxon, where Tillerson was CEO for a decade. They think corporate executives are calculators on legs and nothing more. As a former employee of ExxonMobil, I know that this assumption is wrong.

This doesn’t mean that Tillerson — if confirmed — will have a smooth sailing career as America’s top diplomat. But some aspects of his Exxon past are worth bearing in mind, and may give us an idea of the kind of Secretary of State he will be.

ExxonMobil is an elaborate, hierarchical structure where orderliness, teamwork and loyalty are valued above all. Tillerson has spent all his professional life in Exxon and these values are no doubt are also very much his.

Since he accepted Donald Trump’s invitation to become secretary of state, Tillerson essentially joined a “corporation” (of sorts) as one of its leading “senior executives.” His loyalty now presides with President-Elect Trump. Make no mistake — Rex Tillerson’s will not be Exxon’s, Putin’s or anyone else’s Secretary of State — he will be Donald Trump’s diplomat-in-chief. And Washington’s new Russia policy (to the extent it is a policy) will be determined by the White House.

Tillerson’s recent performance at the Senate is a testament to that loyalty. While he adopted mainstream positions on some issues (Crimea and Ukraine, NATO, North Korea), he refused to commit on more contentious issues like sanctions or allegations of Russian war crimes in Syria. His hedging was an effort to leave Trump room to manoeuvre.

The only clumsy moment came when the nominee said he was “unaware” that his former company lobbied Congress to lift Russian sanctions. If anything, Tillerson’s appearance at the Senate only confirmed that antagonizing its numerous Russia hawks is not his — and probably Trump’s — plan (although imposing new sanctions or calling Russian leadership “war criminals” is not on the man’s agenda).

Rex Tillerson knows the power of Congress; corporations like Exxon work with the legislature on an almost daily basis. He will not want to cross swords. By adopting a mainstream position on climate change he likely secured some Democratic votes, crucial for his confirmation. He was focused, well-prepared, humble and firm at the same time. His formidable negotiating skills, as well as psychological shrewdness, were on public display on Wednesday.

If confirmed, he will have no problem bringing himself up to speed on anything from the Israeli-Palestinian conflict to the intricacies of power struggles in Peking and the history of postcolonial Mozambique. Major CEOs are used to devouring thick briefing books before they meet major political or business counterparts. Portraying Tillerson as ignorant and lacking in perception is naïve. He has handled quite a few shareholders’ meetings (which sometimes turn into very tough stand offs) and successfully parlayed with quite a few world leaders on behalf of Exxon. These are no mean feats of stamina and showmanship.

But where the aspiring secretary of state will have problems is the acceptance that diplomacy is about values and — sometimes — passions. In a strict and regimented corporate world, “values” and “cultural sensitivities” are understood in pragmatic terms: you do not eat beef in India, and you do not wear shoes when touring a mosque in Abu Dhabi.

But to understand why Lithuanians are still making foreign policy decisions based on memories of Soviet occupation, or —  for that matter — what brought a million people out into the streets of Kiev in 2013, will be a very different learning experience for Tillerson.

He will no doubt be Trump’s point man on Russia, and advise him on the best way to handle Putin. But ultimately, the decisions will be Trump’s. If instructed by the president, the former corporate giant will have no qualms about delivering bad news from Washington to the man who awarded him an Order of Friendship in 2013.

The new job will require the unflappable Texan to leave the traditional corporate comfort zone of rational calculations and well-established facts. This will be Rex Tillerson’s main challenge. If confirmed, the former ExxonMobil CEO will face a world of uncertainty, chaos and emotions. While the career diplomats serving under him are used to this, Tillerson is not.

Konstantin von Eggert MBE is a commentator and host of at TV Rain, Russia’s premiere independent TV station. In 2009-2010, he worked as ExxonMobil Russia Inc. vice-president for Public and Government Affairs.