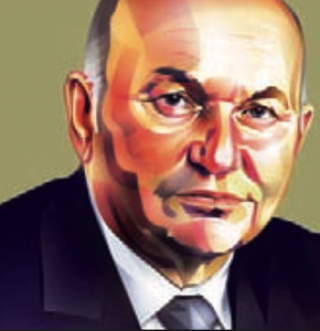 The editors of The Moscow Times contacted me this holiday season with a request that I share my impressions of the past year, to draw my personal conclusions about it. As a Muscovite, I can’t imagine myself being separate or apart from my native city. So for me, many of my events of the year were inextricably connected with the capital.

I continue to closely monitor the progress of construction in Moscow and was happy to note the long-awaited launch of the Moscow Central Ring railway (MCR). Together with colleagues at the city administration, we developed the first plans for this project and obtained the necessary approval from the Railways Ministry. Gennady Fadeyev, who was Railways Minister at the time, understood the importance of the project for the city and for the movement of passengers. The city funded repairs and installed electricity along the route — important steps in this large-scale project.

We had definite plans to complete it, but as you know, life took an unexpected turn. I would like to congratulate the Moscow government for bringing the MCR into operation.

The year 2016 was an anniversary year for me. I had no intention of observing my 80th birthday, but family and friends convinced me that a celebration was in order and that it would be wrong to ignore Russian tradition. Of course, there was only one choice for the venue — Moscow. It is my native city. I was born, grew up, and lived here. I devoted many years of work to the life of this city.

That is why I found the idea of celebrating my birthday with an open, citywide “subbotnik” (clean-up day) so appealing: it coincides with my principles and my philosophy of life. I often took part in subbotniks as mayor of Moscow. I enthusiastically accepted the proposal to plant an orchard in the Kolomenskoye Park. President Vladimir Putin supported the idea and said that this method of celebrating a personal holiday could serve as an example to many.

I am extremely grateful that the celebration turned out as we had envisioned it. An enormous number of Muscovites took part. Words cannot describe how good it made me feel.

Despite the significance of turning 80 in 2016, this was definitely a happy year for me. On the eve of my birthday, I traveled around Moscow with journalists. We traveled along the Paveletsky riverbank, where I spent my childhood. One of the interviews was conducted near the school that I attended. There was a time when it bore a sign reading: “School #579.” It is gratifying to see how the area has changed. The barracks where I once lived with my parents were long ago demolished. The school, however, still stands and functions.

Our group ascended one of the Moscow City towers. Standing on the roof of that skyscraper, I recalled how an official of the Moscow authorities had once said that the project was a mistake. I look at it as an accomplishment, and I am absolutely convinced that Moscow could not have become a modern capital without Moscow City.

From that vantage point, I could see the golden domes of the Christ the Savior Cathedral, the next stopping point on our tour. And when we drove there and I climbed to its observation deck, I could see the Moscow City towers in the distance. I was seized with an amazing sense of the interconnection of time, a complete picture of a large capital city, of the grandeur and diversity of Moscow — a metropolis in which history lives alongside modernity.

Thus, I lived my 80th year as a happy person who looks confidently to the future. And I wish this same happiness for everyone who lives and works in Moscow!

Authorities are seeking to speed up Russia's vaccination drive while new infections in Moscow and across the country are on the rise.
russia's response

Moscow mayor Sobyanin on Saturday announced a 'non-working' week in the Russian capital to curb the spread of coronavirus infections amid a slow vaccination...
The Big Meeting