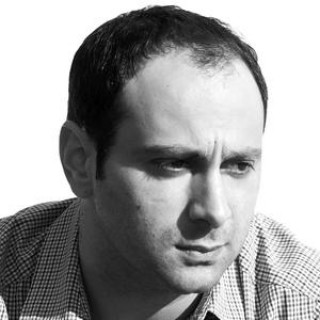 Of all today’s political bromances, perhaps the most interesting is between Russian President Vladimir Putin and Iran’s Supreme Leader, Ayatollah Ali Khamenei.

Russia and Iran have enjoyed strong economic links since 1991, when Moscow agreed to build Iran’s nuclear reactor at Bushehr. Russia badly needed the cash; Iran badly needed the expertise: It was the perfect match.

This relationship eventually translated into greater diplomatic ties in the early 2000s as Russia, together with China, repeatedly watered down UN sanctions on Iran over its nuclear program.

Relations appear to have grown even closer. Last week, Russian Tupolev-22M3 bombers and Sukhoi-34 fighter-bombers conducted air strikes in Syria from Iran’s Nojeh Airbase in Hamadan, in Western Iran. Major arms deals for the sale to Iran of Sukhoi fighter jets were also mooted in the days following.

All of these developments may herald a new Russian strategy in its fight against Syria. While the Russian military claimed all operations from Nojeh were complete, the possibility of future cooperation was very clearly left on the table. “Further use of the Hamadan airbase in the Islamic Republic of Iran by the Russian Air Forces will be carried out … depending on the prevailing circumstances in Syria,” Russian Defense Ministry spokesman, Major General Igor Konashenkov said, according to pan-Arabic news channel Al Arabiya.

The importance of this deepening relationship cannot be understated. It has far-flung consequences not only for Russia and Iran, but for the United States and Syria’s civil war.

As far as the Iranians are concerned, its foreign policy must be viewed, as ever, in terms of the perennial domestic struggle between hardliners and those more moderately inclined.

The latest moves are not without controversy in Tehran’s political elites. “The current Iranian government headed by [President Hasan] Rouhani as well as reformists are actually suspicious of the Russians and would prefer that Iran balances its relations with the West,” explains Meir Javedanfar, Iran lecturer at the IDC Herzliya in Israel. “But the hardliners support such relations with the Russians, seeing America as their biggest enemy and Russia as an important counterbalance against the United States.”

In the eyes of Iranian hardliners, helping Russia in Syria is a perfect way to counter Rouhani’s efforts to repair relations with the West. In addition, it offers a possible quid pro quo of potential Russian military support in places such as Iraq and Yemen, as well as Syria. For Moscow, having a base in Iran rather than southern Russia is a no-brainer: Being that much closer to their targets, Russian planes can increase their payloads: they will drop more bombs; more damage will be wrought; more people will die. And for Iran: If Russia kills more anti-Assad forces, fewer Iranian soldiers have to die doing the same thing.

As ever, with both countries, issues of legality surround the whole affair. At the same time, as Javedanfar observes, those Russians already under sanctions are unlikely to want to risk further sanctions, and will have at least thought out a game plan. “As far as they are concerned, they either see such a move as legal at best or, in a worst case scenario, if their move was deemed illegal, they can use their veto at the UN Security Council,” he says.

As far as Washington is concerned, the move ostensibly harms its position of backing the anti–Assad pro-democracy rebels — however small a minority they are. But by now U.S. President Barack Obama’s policy on Syria, and indeed his entire foreign policy outlook, is clear. As far as he is concerned, Syria is the definition of a quagmire. If the Russians and the Iranians want to expend both billions of dollars and heavy casualties for a war with no end in sight, then let them have at it. Both will be weakened as a result. Both will suffer the effects of being bogged down in an intractable Middle East war. If the Russians and Iranians want Syria to become their Iraq, they are welcome to it. Better them than the United States, which has spent at least $4 trillion in Iraq and Afghanistan.

In the words of Javedanfar: “If the Russians and the Iranian regime think that with more bombs and closer military cooperation they can indefinitely keep a leader in power who has bombed, gassed, starved and tortured to death 200,000 of his people, they are delusional. Let’s see how many bombs, dead people in Syria and billions of dollars it will take them to find this out.”

David Patrikarakos is the author of "Nuclear Iran: The Birth of an Atomic State."

Russian aircraft have flown their first bombing raid from an Iranian airbase under a cooperation deal between Moscow and Tehran, Russia’s Defense Ministry...
news

The Iran Crisis Can Be a Boost for Russia

If Syria becomes the setting for a clash between Washington and Tehran, it could be a major problem for Moscow.