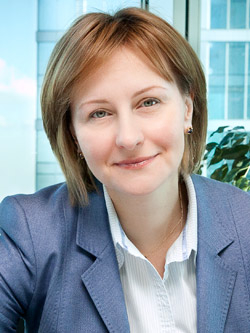 Over the past three years, both the global and Russian economies have been affected by a number of significant events that have created a crisis on the local market. This has impacted various types of industries and businesses: from small companies to big concerns, from Russian to international organizations. In such a tough market environment, companies change their approaches to people management and adjust their short- and long-term development plans. The research we conducted was aimed at ascertaining companies' opinions about the current situation and their HR plans.

In general, it is safe to say that, in most cases, this year's situation is a continuation of the trend seen last year. That said, the situation on the Russian market this year appears more positive.

Most companies highlighted increased staff efficiency as being a key priority this year. The next most popular priorities are enhanced staff engagement and optimized HR costs, which have contracted slightly in comparison with the previous year's results. It is highly likely that some companies already optimized their HR costs in 2015 and are now ready for new projects. In terms of industry preferences, the priority of increased staff efficiency is a leading trend in the financial segment, as well as in the retail, telecommunications and IT, FMCG, pharmaceuticals and healthcare sectors, while enhanced staff engagement and retention are key priorities in the construction and real estate segment.

This year, talent management is an important priority for more than half of respondents. Three-quarters of foreign companies have this goal as a priority, although the same can be said for only half of Russian companies. Last year, recruitment was much less a priority, however, now companies again plan to concentrate on HR branding and hiring new employees. Almost half of respondents plan to develop HR analytics.

Regarding planned actions in relation to employees, the vast majority of companies prioritize an analysis of business processes in order to secure cost reductions. This is followed by a review of the organizational structure and headcount optimization (the dismissal of inefficient employees and the recruitment of new staff). Although a very small number of respondents plan new recruitment campaigns, hiring freeze policies have more than halved this year in comparison with 2015. Some stabilization is noticeable in terms of headcount changes: almost half of respondents indicated they had no plans to change employee numbers this year. This is particularly true for medium-sized Russian companies. In general, Russian companies are more likely to increase headcount than their foreign counterparts. Broken down by sector, construction and real estate and FMCG are the sectors most prepared to maintain current headcount levels. Telecommunications and IT continue to demonstrate positive dynamics. Half of companies in this segment indicate that they are ready to increase headcount.

Over two-thirds of respondents plan to increase salaries, but such plans are more characteristic of foreign companies than their Russian counterparts. The vast majority of foreign companies have plans to perform salary indexations, while among Russian companies there is an approximate 50/50 split. In addition, most companies intend to index salaries by 6-10%, which is lower than the official rate of inflation for 2015.

The majority of companies are keeping the same approach to bonuses, however, changes in the economy and in corporate priorities affect revisions to KPIs for all categories of staff.

In 2016, the situation in relation to HR budgets looks as though it will be more positive. The number of companies with plans to cut their HR budgets has decreased, and the number of companies that plan budget increases has grown significantly. Almost half of respondents plan to maintain their current budgets. However, also worth noting here is that companies with headcounts of 5000-20,000 are more likely to cut their HR budgets. Companies are primarily optimizing on costs related to corporate events, recruitment and external training.

Despite the crisis, almost half of companies plan to increase HR business process efficiency through automation procedures. The results of the survey confirm that basic accounting functions are currently the most automated functions in companies. The most popular item for optimization in all industries is the calculation of performance indicators. Nearly half of Russian and foreign companies plan to install new software to automate HR processes. Companies from the retail and construction and real estate sectors are more likely to consider automation plans than others. Data from the 2016 survey indicate that the majority of respondents have a corporate portal — the results here were similar for both Russian and foreign companies. Access to a corporate portal is still mainly afforded through corporate computers, and a significantly smaller number of companies allow employees to work via corporate mobile phones/smartphones/digital pads, PCs, and personal gadgets.

To sum up, the number of companies that have an optimistic outlook has doubled compared to 2015, though most respondents were inclined to be pessimistic or neutral about their forecasts for the future. It is interesting to note that Russian companies are more optimistic than their foreign counterparts. Companies operating in the construction and real estate and telecommunications and IT sectors are the most optimistic, while respondents from the FMCG sector are the most pessimistic this year.