Moscow just got a new museum. The Museum of Russian Impressionism is the first major private art museum to open in the capital, and its founder and curators hope to do nothing less than revolutionize the world's knowledge of art history. The new museum, which features over 1,000 square meters of exhibition space and over 70 artworks in its permanent collection, is aiming to bring Russian impressionism to a global audience.

A Labor of Love

The museum's artworks come from the private collection of billionaire Russian businessman Boris Mints, owner of the investment holding company O1 Group. They include paintings from artists such as Konstantin Korovin, Igor Grabar, Yuri Pimenov and Valentin Serov.

"I am looking to create an institution that will make a significant contribution to the culture of my country and to art lovers in general. We are presented with a great opportunity to build a cutting-edge museum from scratch, which I consider a true blessing," said Mints.

"Why did I start to collect paintings? I loved them. It began in my childhood. To become an art collector you obviously need money and that was not a possibility in my youth, but my love of art came from my childhood," said Mints. Mints began collecting artwork 15 years ago, initially for his own appreciation.

Born in Moldova, his mother was a librarian who as a child, was deported to Chechelnik in Transnistria by Soviet authorities where 14 members of her family died. His father was a military engineer, and so much of his childhood was spent in military garrisons where museums, let alone fine art, seemed worlds away. 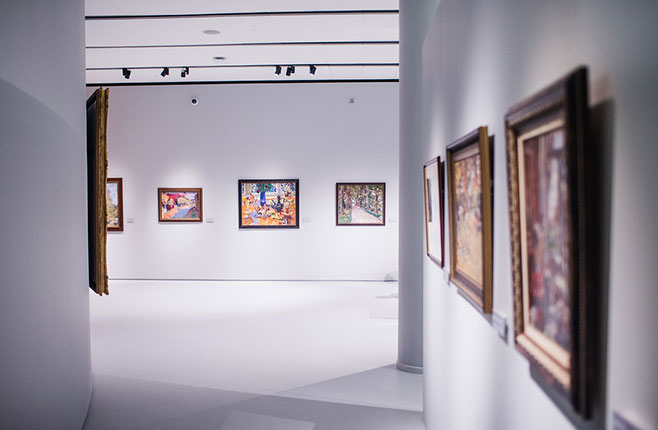 The museum aims to bring Russian impressionism to a global audience.

"I remember as a special present my parents took me to St. Petersburg, and the entire time all we did was visit museums and look at paintings. We spent hours in the Hermitage — that was how it began. Collecting art isn't something you can do for free, but now I have the opportunity to pursue my interest."

Mints is reported to have invested more than $20 million dollars into the project. The museum is a significant addition to the Moscow art scene that has until now lacked private exhibition space.

While French impressionism is arguably the best known art movement in the world, Russian impressionism — which had a more complex evolution — remains less well studied. It is somewhat a controversial term. Few artists identified themselves as impressionists, despite adopting impressionist techniques in their painting style.

While many Russian artists were attracted to impressionism at the turn of the 20th century, the newly formed Soviet Union changed the course of artistic development. Socialist realism, a hugely regulated state-sanctioned form of painting, dominated artistic expression in Russia from the 1930s until the late 1960s. It was only following the Khrushchev Thaw that creativity flourished and a new wave of Russian impressionism was born as painters rediscovered the old masters of the 1870s–1920s.

The museum's first major project is a retrospective of the work of Ukranian-Jewish Arnold Lakhovsky, who studied at the studios of Ilya Repin in the early 20th century. 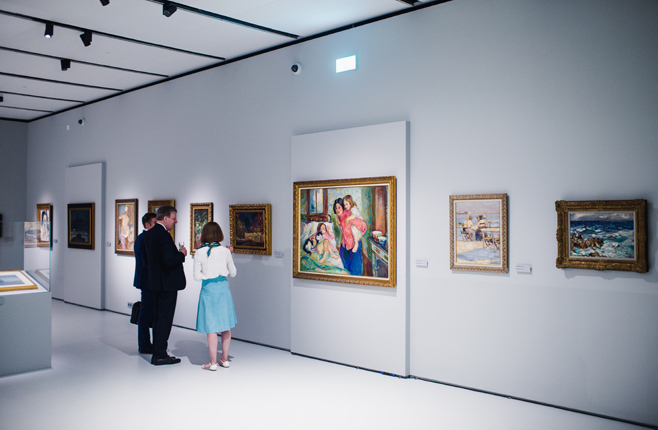 "The main aim of the museum is for Russian impressionism to beсome a topic of conversation in Russia and abroad so that Russian art — in the West especially — isn't simply thought of as icons and the avant-garde," said Yulia Petrova, the director of the museum. "In Russia impressionism is one of the public's best loved art forms. It's a free art form, not a difficult theoretical type of art. It's art for the eyes."

Russian impressionism has certainly experienced a revival with the Russian public. This past winter a Serov exhibition at the Tretyakov Gallery broke attendance records, with visitors queueing for hours in the snow on the final weekend for the chance to see the collection.

But the rest of world has not yet caught up with Russia. "If you're talking about the price of artworks — their exact cost, then of course Russian impressionist art does not compare to French impressionism. It's a peculiarity of the art market," said Petrova. "But people love to look at the paintings. Because they are beautiful — they have feeling and joy in them."

The museum building is, in its own right, an impressive architectural feat. The centerpiece of a larger business development of the old Bolshevik chocolate factory, the site was redeveloped by British architectural firm John McAslan + Partners, with help from French consulting agency Lordculture.

Unlike the deliberate curved design of New York's Guggenheim Museum, the circular structure of the Moscow's newest museum was a given: it is a former sugar silo. The architects had to adapt the space to the requirements of a modern museum while uniting two very different aesthetics — the soft lyricism of impressionist art and the strict cylindrical confines of an existing factory building.

At the entrance, visitors are greeted by a video installation by artist Jean Christophe Couet called "Breathing Canvas." Using animation, the canvas imitates the impressionist style of paint strokes.

"The moving canvas started with a very simple idea which was to give this collection a pulse — a heartbeat if you will. In my interpretation impressionism is always sensation over narration," said Couet. "My intention was for the public to feel the life pulse of impressionism." 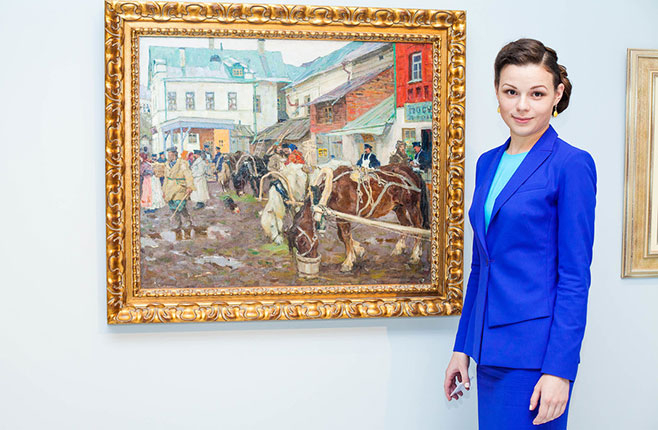 Yulia Petrova, the director of the museum

While the essence of the building — both interior and exterior — is strikingly modern, there are nods to its industrial past. The walls are clad in metal sheeting while the radial structure of the building articulates the movement of visitors between each of the viewing galleries.

Aidan Potter, board director at John McAslan + Partners, said he hoped that "at the beginning and end of a visit, people can reconnect this building as part of another piece of history, which is Bolshevik." But the architecture is a supporting structure, and the primary purpose of the building is to facilitate the enjoyment of beautiful art.

"When you look at Russian impressionism, often it seems a very romantic and beautiful form of art. But it was and is a very modern way of looking at the world," Potter said. "We hope that the calm environment of this modern building is a perfect opportunity for people to come to terms with a whole school of art that needs to be understood and explored as a really important and fundamental part of Russian identity."