Summer is right around the corner, and so are the music festivals. Moscow became a major European festival destination about three years ago and there's no lack of world-renowned headliners this year. To ensure you don't miss out, we've prepared a guide to the most important music events of the summer. 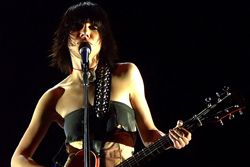 Held on the embankment of the Muzeon Park, the Ahmad Tea Music Festival will be headlined by PJ Harvey. Kurt Cobain cited Polly Jean Harvey as one of his favorite musicians back in the early 1990s. This spring, she released a new album “The Hope Six Demolition Project After” after a five-year hiatus and will play almost every major European festival. Django Django and The Maccabees will also perform. The former are relative newcomers from London, whose music is upbeat and danceable — their 2012 debut album earned a Mercury Prize nod, and they released a second album last year. The Maccabees, another British indie-rock band, will perform songs from “Marks to Prove It.” 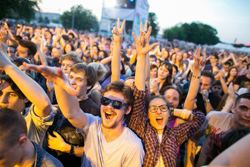 Bosco Fresh Fest has moved to VDNKh and expanded to three stages. The first day’s headliners are Mumiy Troll, probably the most popular Russian rock band and New York hip-hop diva Azealia Banks. On the second day you can check out Ivan Dorn’s new concert program with a Dixieland band and Tesla Boy. You can also see Skriptonit, a rising rap star from Kazakhstan and Brainstorm from Latvia, as well as electronic pioneers GusGus from Iceland and Kwabs, British Ghanaian singer, who authored ubiquitous hit “Walk.” Moscow indie scene regulars On-the-Go, Pompeya, and Tesla Boy will be there as well. 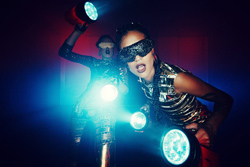 Held at the Luzhniki sports complex, the Lastochka (swallow) festival is a new name but it’s organized partly by the same team that did Subbotnik in Gorky Park a couple years ago. Lastochka is bringing some big names, including Macklemore & Ryan Lewis, the duo famous for “Thrift Shop” and the LGBT rights anthem “Same Love.” They just released their second album. R&B diva FKA Twigs and Swedish electro-pop band Icona Pop of the “I love it” fame will also perform on Lastochka stage, as well as the British heartthrobs Hurts, who are regulars on the Moscow scene. 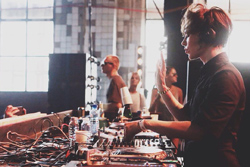 Moscow’s most alternative festival, Outline will be held in the abandoned MoZAL, a factory of automated lines and specialty machines. Organizers promise six stages with 50 musicians; one of the stages will be set up at a working film studio. The only names revealed so far are U.S. dada punk bank Sudden Infant, Russian Philipp Gorbachev and Magda from Poland. Outline’s also famous for its public art installations. 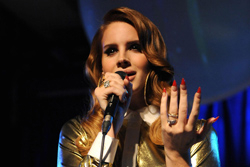 The Red Hot Chili Peppers are scheduled to headline at the Otkritie Arena stadium. The band is returning to Moscow with a new album, “The Getaway,” set for release in June. The second day headliner is Lana Del Rey, who is coming to Moscow with her latest album, “Honeymoon.” Other “Park Livers” include Russian pop-rock veterans Splin, British soul star John Newman and Irish indie rockers Two Door Cinema Club. 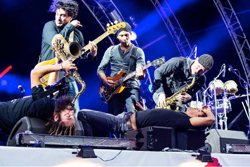 Located on the Arkhangelskoye estate, Usadba Jazz focuses on jazz and world music. This year you will be able to see Maceo Parker from the United States, French-Indian singer-songwriter Darlini, Lucille Crew and Gal de Paz from Israel and a Parne Gadje, a Balkan sound band from the Netherlands. The headliner will be Russia’s old-school rocker Boris Grebenschikov with his band Aquarium. 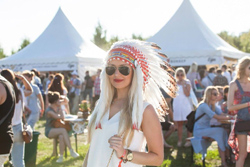 The pioneer of Moscow's festival movement will once again take place in Kolomenskoye Park. Headliners are Russian hooligan rockers Leningrad and The Chemical Brothers, who are touring with last year’s album, their first in a decade. Another performance to look out for is Benjamin Clementine. This Ghanaian-born rising star of British soul, who went from busking in the streets of Paris to winning the prestigious Mercury Prize, has been compared to the likes of Nina Simone and Nat King Cole. Another soul performance is Adrian Younge, a U.S. composer known for music reminiscent of psychedelic soul of the early 1970s. He recorded two joint albums with rapper Ghostface Killah, a member of the Wu-Tang Clan and collaborated on Jay Z’s 2013 hit “Picasso Baby.” The Soul Surfers from Nizhniy Novgorod will perform with U.S. electronic musician Shawn Lee, who recorded several film soundtracks, including “Ocean’s Thirteen.” Among other participants are Mujuice, who just presented his new album “Amore e morte” at Yotaspace and Omar Suleiman, former wedding singer famous for his “Syrian techno” beats.