The New York's Photo League exhibition at the Jewish Museum is the first time photos from this iconic group of photographers has been shown in Russia. Loosely connected with international communist organizations, the group wanted to capture ordinary people and their everyday lives. Despite being under the scrutiny of law enforcement agencies, the group managed to hold various exhibitions until its closure in 1951. Notable members include Berenice Abbott, WeeGee, Sid Grossman and Aaron Siskind. 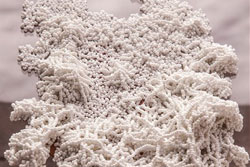 This double exhibition by two established Russian artists, Ustina Yakovleva and Ilya Romanov, at KultProekt (Cultural Project) Gallery is a part of the "Environment Context" series. The exhibition takes its name from a line by Russian futurist poet Velimir Khlebnikov. The exhibition looks like one large installation spread over the gallery's three rooms, in which Romanov's sculptures and Yakovleva's intricate paintings work together to create a single mysterious environment. It's a surreal and slightly spooky experience.

Russian Modernism: in Russia and Beyond 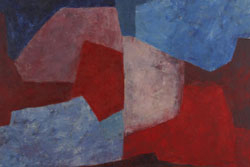 This exhibition celebrates the 20th anniversary of the Nashi Khudozhniki Gallery (Our Artists), owned by Russian art dealer Natalia Kournikova. The gallery is mainly devoted to Russian art of the first half of the 20th century, especially that of Russian emigres. The anniversary exhibition showcases 34 of the gallery's best artworks, including paintings from Natalia Goncharova, Leopold Survage, Aristarkh Lentulov, Pavel Kuznetsov, Marevna, Alexandre Benois and Leon Bakst. Look out for Sergei Polyakov's abstract work "Blue.Red.Gray."

The Cranachs: Between Renaissance and Mannerism 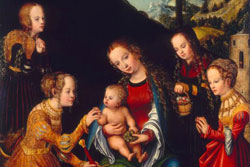 Lucas Cranach the Elder is one of the best known artists of the Northern Renaissance. He created most of his oeuvre in the first half of the 16th century and began somewhat of a dynasty — his son Lucas Cranach the Younger began painting in a very similar style. Along with members of their workshop, the pair produced hundreds of portraits and Biblical scenes over several decades. The current exhibition showcases around one hundred works, half of them prints. 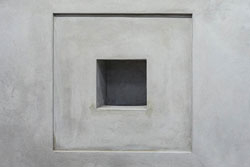 Prominent American artist Taryn Simon is currently presenting two new series of works at the Garage Museum of Contemporary Art. "Paperwork, and the Will of Capital" is devoted to the flower arrangements from various important international conferences and consists of herbariums and large photographs. "Black Square" is an ongoing collection of photographs and objects inspired by the eponymous artwork of Kazimir Malevich. You can also see Rashid Johnson's installation "Within Our Gates" in the museum lobby. Johnson has created a living ecosystem arranged in a complex grid that you can walk through like a garden. 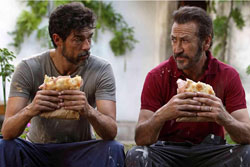 Directed by Viviana del Bianco, N.I.C.E. — New Italian Cinema Events — begins its 19th season in Moscow, this year aiming to promote emerging Italian cinema. By tradition, the festival runs both in Moscow (April 5-11) at the Illyuzion Cinema, and in Saint Petersburg (April 8-13) at the city's oldest movie theater, the Avrora. For the first time in Russia the Italian movie maker Matteo Garrone will present his films during the festival, including "Reality," "Gomorra," "Primo amore" and "L'imbalsamatore." "Noi e la Giulia," directed by another young Italian movie maker, Edoardo Leo, will close the Festival.

The weather forecast is promising the first warm weekend of the year and there is a spring in everyone's step. After spending the day sunning in one...
news

This is the last weekend to see "Gaudeamus: The History of the Russian Student life" at the Brothers Lumiere Center for Photography in Moscow. The show...
news

Music Night at the Museum in Moscow

What are you doing this Thursday evening? Instead of the doing the same old same old, how about going to the New Tretyakov Gallery for its special...
final protest