This is the last weekend to see "Gaudeamus: The History of Russian Student Life" at the Brothers Lumiere Center for Photography in Moscow. The show retraces student life between the 1930s and 1990s in the Soviet Union.

The more than 100 photographs on display give a comprehensive tour of student life during Soviet times. "Gaudeamus," the famous student anthem, was chosen as the name of the show for good reason. "De Brevitate Vitae," more commonly known as "Gaudeamus Igitur" or just "Gaudeamus," is an academic song sung at university graduation ceremonies in many western countries, but not in Russia. 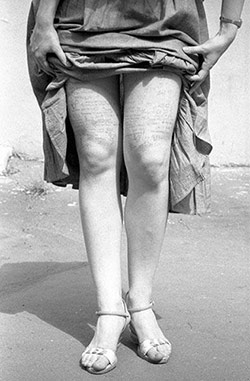 "We chose this title to bring back this song, because it wasn't allowed in Soviet Russia — it wasn't considered part of a communist ideology," Katerina Zuyeva, the curator of the exhibition, told The Moscow Times. Being a student in Russia wasn't the same as in Europe or in the United States, and the researchers at the Lumiere Brothers Center for Photography realized the museum photo archive and a few books had touched on the theme, but none had done it justice. So they decided to organize an exhibition to show this important part of Russian life.

The show is divided into 14 sections that altogether present a full picture of the young people in the Soviet Union who would go on to contribute to the rise of science and the arts. Some sections sound familiar, such as "The Main Building of Moscow State University' or "Entrance Exams." Others, such as "Potato Picking," "Cheat Sheets" and Student Protests" might be less expected.

"The exhibition is not mounted chronologically; we wanted to gather together different periods to show all the aspects of the Russian university life," Zuyeva said. She said that the exhibition shows the history of Russia and how the education program and university system changed, especially during Joseph Stalin's first Five-Year Plan and after his death. It was then that the main building of Moscow State University rose on Sparrow (then Lenin) Hills to become the tallest educational building in the world and a symbol of Moscow.

University life as a particular lifestyle — a community imbued with vitality and the spirit of friendship and creation — is depicted in the photographs by professional photojournalists, amateurs from clubs and many independent photographers.

Society and the world changed, and students and their view of education changed along with them. When Yuri Gargarin went into space, most young people wanted to become astronauts. But after perestroika and the fall of the Soviet Union, people set different educational goals for themselves. 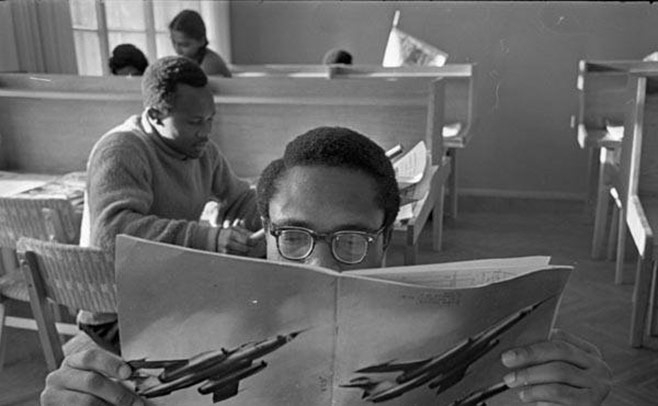 The People's Friendship University was the main institution of higher education for African and Asian students.

"I think that this exhibition should be really interesting to both students and older people, who can discover and relive those years — maybe with a dash of nostalgia," Zuyeva said.