Artplay Design Center is hosting an exhibition that is rare for Russia called "Yiwarra Kuju: The Canning Stock Route." It is an international travelling exhibition presented by the National Museum of Australia that lets senior and emerging Aboriginal artists and traditional custodians tell the story of the country that a traditional track route cuts through in stunning works of art.

A helicopter painted on canvas tells the story of a dramatic departure from the desert; another canvas shows sleeping in the cold weather in Kulyayi; a third shows how an old woman sees the birthplace of her father's clan, the Percival Lakes, a chain of salt lakes that runs for hundreds of kilometers in Western Australia. These are just some of the painted stories on display at Artplay.

Organized by the Australian Embassy of Moscow, the exhibition is meant to give Russians a sense of what's happening in the Australian cultural space. The show has already been to Arkhangelsk and will travel around the country, from Kaliningrad to Vladivostok, for the next two years.

This is not the kind of art many visitors are used to seeing. Kemal Tarba, research officer at the Australian Embassy, told The Moscow Times that people should come "with no prejudices, with no information at all. They should just try to be very open to something new, try to understand the works emotionally, and only later read the descriptions and compare what they felt with what they read." He said that in previous years the Embassy was not very active in showing Australian culture, "but now we understand that in Russia there is interest in Australia and people want to learn something more about its art. So now they have a chance," he said.

Australian Ambassador Peter Tesch told The Moscow Times that, "the pieces reflect the importance of the land and its history to the Aboriginal people. Indeed, the indigenous cultures of Australia are the oldest continuously existing in the world and can be traced back at least 50,000 years. The depth and diversity of this extraordinary history can be appreciated in the art on display."

In addition to the art exhibition, which will run until April 4, two films will be shown free of charge. 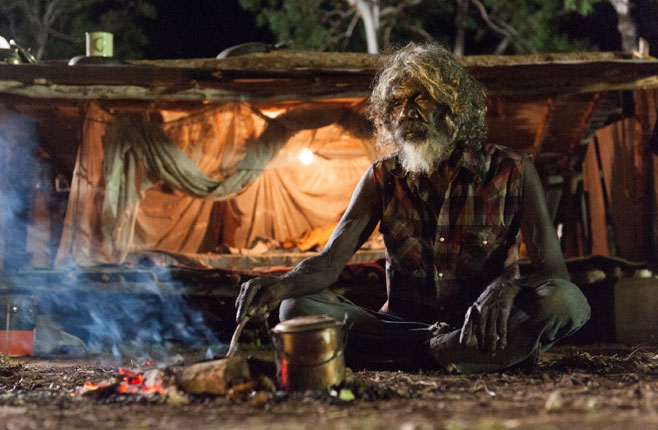 Haunting film about a lost way of life

"Charlie's Country" is the story of Aboriginal Charlie, who struggles to adapt his culture and customs to the norms of a modern community. Confused and disenchanted, he leaves in order to live like his ancestors in the bush. Difficulties arise when Charlie realizes he is no longer young, suffers from ill health and is eventually hospitalized.

Pre-register for a free seat at britishdesign.ru. Sat., March 19 at 4 p.m. 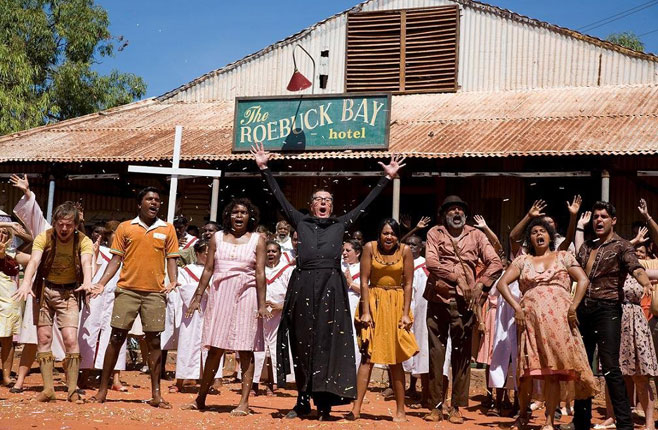 Musical comedy about a rebellious teen

Directed by Rachel Perkins, "Bran Nue Dae" tells the story of Willie, who enjoys life in his coastal home in Broome until his mother sends him away to boarding school in another city. Willie is punished after a midnight feast gone wrong and runs away from school to travel across the country.

Pour the Guinness, pull out your green top hat and practice saying "Ah, it'll be grand." That's right, Irish Week is upon us, and Moscow is bursting...
news

As we say in Russian, "the weather is whispering" to stay inside, but that will be hard to do with all the incredible gigs happening this weekend,...
news

In a rare instance of an English-language theater performance in Moscow, the Meyerhold Center (TsIM) is staging "The Maxims of Peter Pockets," an adapted...
cast a spell

Halloween might not be celebrated here, but mysticism, witchcraft and superstitions play a big role in everyday Russian life.