In the past couple of years, quests have captured the imaginations and taken up the leisure time of Russians. In most of them you enter an illusionary world and have a limited time to get out of a locked room. MSK 2048 offers something more — a spectacular two-hour adventure in a world that has survived a global catastrophe. You have to get used to the new order to solve a series of conspiracies, make a number of difficult decisions and ultimately determine the fate of the new world. There are five finale options — and what happens all depends on you. 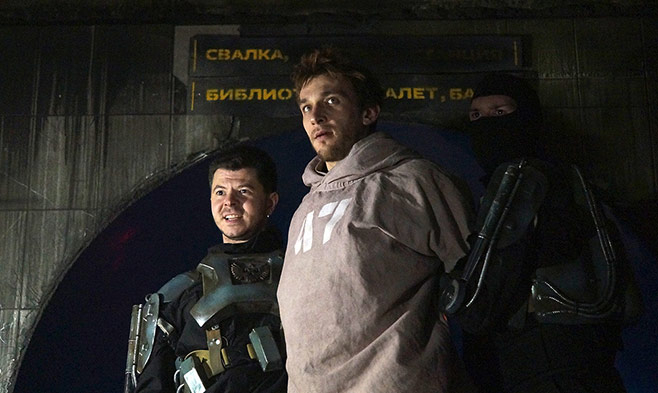 One of the players is arrested for failure to follow post-apocalyptic order instructions.

In MSK2048, there has been a nuclear disaster and much of the world is an uninhabitable radioactive desert. Small groups of people have survived in underground bunkers and fight for scarce resources — and for power. Players get a special bracelet with everything they need to play — money, information about their experience, reputation and health. They work with the actors and each other.

MSK 2048 is something of a hybrid adventure, combining and developing the idea of promenade theater — where the audience moves around with the action — role play and a quest. Directed by Gogol Center director Alexander Sozonov and based on an idea by Alexander Balaba and Stanislav Akimov, the adventure involves elaborate scenery, 12 actors, and interaction with up to 45 participants. What happens depends on the choices the participants make. 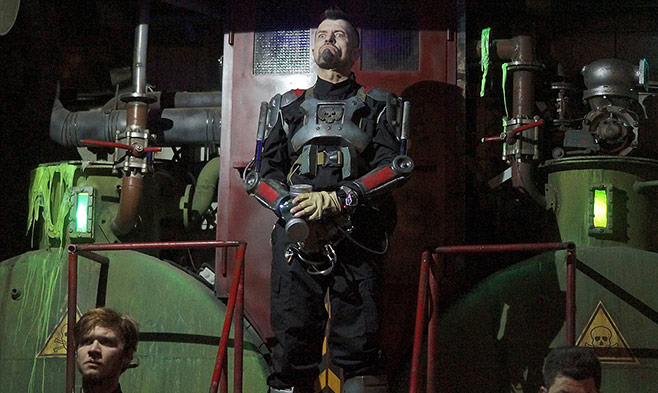 The Colonel gives instructions to the new arrivals underground.

At MSK 2048, you can not only explore the universe, but also learn about yourself and your fellow survivors. To fully participate you need good Russian language skills, but if your Russian is shaky, you can be more of an observer than an active participant. After two hours of hammering out the new world order, real Moscow looks like paradise.