1. Have dinner on an ice-breaker yacht 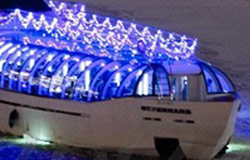 Take in the stunning Christmas lights of Moscow whilst meandering on the Moscow River on one of the new Radisson Hotel flotilla of ice breaking yachts that ply the water 365 days a year. You can dine in the on-board restaurant or simply just come along for the ride. It's the perfect way to see the city after dark.

Alyonka has just opened a chocolate supermarket in Moscow. Five hundred square feet of chocolate paradise with over 500 varieties of sweets from the most celebrated Russian confectionary brands. There are also beautiful hand painted chocolate tins, ice-cream, a cafe and baked goods.

3. Hang out with Huskies in Kuzminki Park 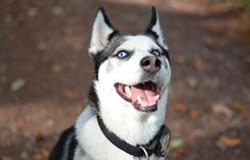 Every weekend from noon to 5 p.m., you can find huskies and husky puppies ready to be loved in Kuzminki Park. Take them for a walk, go on a sleigh ride or play in a husky puppy pen. You read that right: a pen full of husky puppies. Ten minutes with the puppies costs 200 rubles. The say money can't buy happiness, but we say when puppies are involved, it can.

4. Get lost skiing in Sokolniki Park

Okay, it's not the alps, but Sokolniki Park offers a great cross country skiing service. It's the perfect way to escape from the city and get lost in over 15 kilometers of tracks that take you through the park's forests. If you fancy a break from the hustle and bustle of the city,this winter wonderland is the perfect place to take a breather.

5. Take the kids to a fun play in English

The Flying Banana Theater is putting on a funny, touching, engaging and very colorful musical in English about the harrowing adventures of a stick man who has trouble moving about the city. It's been held at 11 a.m. on January 6 at the fabulous Worker and Collective Farm Girl center right outside the gates of VDNKh Park.

6. Take a tour of the metro 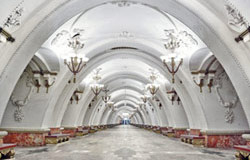 If your daily commute on the metro is so tiresome that you've stopped looking around, discover its beauty and fascinating history on a tour of the main stations. It's lots of fun, very interesting, and also very warm on cold days.

7. Take your kids to an antique circus 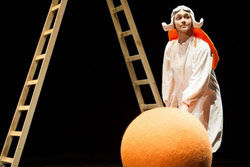 The Russian Railways have dusted off and polished up a small fleet of steam trains that will take you and your family on all kinds of tours, from a short jaunt over to the Railway Museum to see Grandfather Frost and the Snow Maiden, to tours around Moscow's trains stations and trips out of the city to Suzdal, Kolomna and a farm. All aboard!

9. Go backstage at the Bolshoi 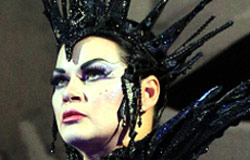 If you were too late, or too poor, to get tickets to the Nutcracker at the Bolshoi Theater, take a backstage tour instead. They run in English three times a week, and if you're lucky, you'll catch a rehearsal in progress.

10. Experience the miracle of Christmas

Come to Muzeon on Jan. 7 to see a grandiose performance of dance, stunts, lights and magic as Liquid Theater, Sila Sveta and other groups light up the sky. Does an event that took place centuries ago in a small desert town have meaning for us today? Come and see. 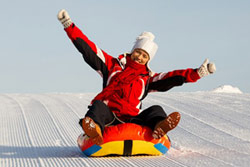 Tubing is taking the city by storm and is a great way to release your inner child. Parks around the city have constructed ice shoots for inner tubes. There are plenty of sites around the city, including a slope that you can use in any weather at Muzeon. Bombs away.

To experience a special miracle, get tickets to hear the young soprano Yulia Lezhneva sing Mozart, Rossini, Bellini and Schubert at the grand hall of the Moscow Conservatory on Dec. 29, accompanied by Mikhail Antonenko on the piano and the Musica Viva Chamber Orchestra.

In the old days before the 1917 revolution, Moscow was filled with the bustle of Christmas shopping throughout December.
news

How to Celebrate the Holidays on Thursday in Moscow

On Thursday evening, you can enjoy fabulous music sung by some of the best singers in the world in Moscow's most prestigious concert hall beautifully...
art of dissent

Dmitry Vrubel was a non-conformist painter and dissident artist.