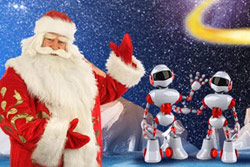 The Incredible Space Story yolka at the Moscow Planetarium looks like great fun, with Grandfather Frost and a robotic Snegurochka against the background of the galaxy. After a New Year's celebration on the space station, the action switches to the arctic with film about a penguin named James. For little space fiends age 6 and up. From Dec. 19 to 30. 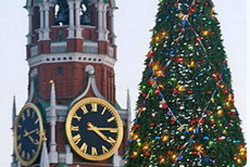 Because it's in the Kremlin

Way back in 1954, only the party bosses and shock workers got their kids into the Kremlin holiday party. Today it's open to anyone with a credit card or cash. For kids of all ages, it is the classic party with a big holiday performance with great costumes, singing and dancing, a light show, and plenty of games, contests, and sweets. It might not be the most spectacular yolka in the city, but it's certainly in the most spectacular setting. You've got to do it once. From Dec. 25 to Jan. 9, with four shows daily. Tickets are sold through the Kremlin site or through a variety of online ticket sellers.

Christmas in the City 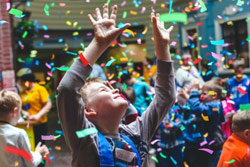 Christmas in the City

Harriet the Spy comes to Masterslavl! At this yolka, kids have to pretend to be Harriet — observant and clever, and with good English, of course. This holiday party is a quest, and the children have to find a missing book and solve a problem or two before an evil-doer ruins Christmas for everyone. For kids aged 5 to 14, from Dec. 14 to Jan. 10. 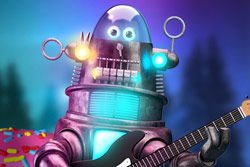 Robot musical and lots of playtime

If you've got robot-loving kids, they will love the new droid musical, "New Year's Reboot in Robotland," especially because the robots are performed by some of the city's best actors. The musical, which is a mash-up of Sleeping Beauty and Snow White with non-living creatures, is about an hour long, and there is plenty of interactive robot fun before and after. For kids of any age, with four performances a day from Dec. 10 to Jan. 10. 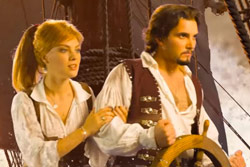 A pirate story on ice

For kids who like action and adventure — with a bit of romance thrown in. Running from Dec. 25 to Jan. 10, it has swashbuckling pirates swinging on ropes with swords, a noble princess and lots of danger. There is a long intermission with games and songs.