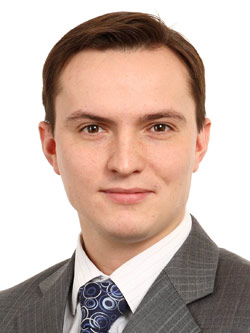 Ruling No. 417-O of the Russian Constitutional Court dated 3 March 2015 is of great legal importance. Not only does it deal with how a specific decision of the Customs Union's Commission should be applied when it is the subject matter of proceedings. It also covers the general application of the provisions of customs legislation which set the rules for how customs payments should be established and collected.

In this Ruling the Constitutional Court stated that Russia's membership of the Customs Union in terms of international law does not open any opportunities for it to deviate from the principles of supremacy of the Russian Constitution, equality of all people before the law and the court, and of legal certainty. The regulations set out in Article 57 of the Russian Constitution serve as a guarantee that rights are protected not only of taxpayers, but also of those who make any other legally compulsory public payments to the state budget. Any public payments to the state budget are essentially fiscal charges, and they should remain within the scope of article 57 of the Russian Constitution (Resolutions No. 17-P dated 24 October, 1996, No. 2-P dated 30 January 2001, No. 2-P dated 28 February 2006 and others). This article entrenches the conditions on which taxes and fees are properly established, and in this way acquires universal nature.

Therefore, the legal positions referred to above also apply to customs fees which legislation does not classify as taxes or levies, and which are treated as non-tax revenues of the federal budget.

Accordingly, the following constitutional principles apply to customs duties in terms of interpreting and applying the legal rules that regulate how customs duties should be established and collected.

1. The principle that compulsory payments of a public and legal nature should be established in a legitimate manner.

A constitutional obligation to pay taxes and make other compulsory payments of a non-tax nature arises only if such payments are established by a law which determines all elements of them. This includes the rate and the procedure for calculating them. The law, of course, may delegate to third parties the power to establish the elements of compulsory payments. With respect to rates of import customs duty and the procedure for calculating it, such powers are delegated to the Eurasian Economic Commission, but not to the Russian Federal Customs Service (the "FTS"). Therefore, a regulatory act of the FTS may not establish the elements in question. Article 4(2) of the Russian Tax Code directly states that the FTS may not issue regulatory acts regarding taxes and levies. As the Constitutional Court stated in Resolution No. 16-P dated 11 November 1997, if material elements of a tax or levy are established by an executive authority, this threatens the principle that tax obligations should be definite, because a simplified procedure may be used to change these obligations to disadvantage the taxpayer.

2. Principle of legal certainty and that unresolvable doubts should be interpreted in the taxpayer's favour

In accordance with article 3(7) of the Russian Tax Code, all unresolvable doubts, inconsistencies and ambiguities of regulatory acts on taxes and levies should be interpreted in favour of the taxpayer (or payer of levies). According to the legal position of the Russian Constitutional Court that was stated in Ruling No. 430-O-O dated 1 March 2010, this rule represents the legal concept known by the Latin phrase in dubio contra fiscum ("when in doubt, don't tax"). It implements, in tax legislation, the constitutional principle of legal certainty. This rule is understood in the same way in other decisions of the Russian Constitutional Court (Resolutions No. 5-P dated 28 March 2000, No. 3-P dated 30 January 2001 and others). Taking into account that import duty is a compulsory payment of a public and legal nature, this principle should fully apply to disputes with tax authorities regarding customs duties. Therefore any ambiguities in legal rules, such as those establishing the base for calculating import duty, should be resolved in favour of the taxpayer.

3. Principle that regulatory acts may not have retroactive effect if they disadvantage payers of import duty.

Article 57 of the Russian Constitution directly prohibits a law from being given retroactive effect. This serves as a guarantee that not only are the rights of taxpayers protected, but so are the rights of those who make other public payments to the state budget which are compulsory under the law. As the Russian Constitutional Court has stated many times, it follows from articles 1(1), 2, 17(1), 18, 19 and 55(2 and 3) of the Russian Constitution that previously established conditions for performing rights and freedoms should be implemented based on the principle of supporting the trust of citizens in the law and the actions of the state. This assumes that legal regulations should be reasonably consistent and that no arbitrary changes may be made to the existing system of regulations; the effect of this principle is not limited to legislative regulation only, but fully applies to actions of the state in relation to Russia entering into and performing international treaties.

Legal positions of the Russian Constitutional Court have a cross-industry effect when they emphasise that regulatory stipulations may not be given retroactive effect if they disadvantage the legal position of the public, and that the proper guarantee should be unconditional of rights and legal interests of parties to continuing legal relationships if changes are made to the regulatory parameters for implementing these. These legal positions have effect across the range of industries and therefore, by virtue of articles 15 (1 and 4) and 79 of the Russian Constitution, it is mandatory to apply them with respect to the current legal regulation of customs relationships. This includes decisions of the Customs Union's Commission, which are a part of the customs legislation of the Customs Union.

The application of the constitutional principles discussed above will help those who practice law to resolve the cases which most frequently arise regarding the assessment of customs value and the codes assigned to goods under the Commodity Classification for Foreign Trade. Most of these are connected with unclear wording in customs legislation, which may be interpreted in different ways.

The latest breaking news and developments in Russia's deadly attack on Ukraine.
news

Russian officials sought to allay concerns Wednesday that Ukraine could achieve a major breakthrough in its ongoing counteroffensive amid reports that...