Between those dates I wrote about 1,600 reviews, interviews, features, op-ed pieces, columns and personal observations for this newspaper's pages.

As I noted in a letter to editor-in-chief Nabi Abdullaev, it sometimes seemed over those years as though The Moscow Times became me, and that I became The Moscow Times. That wasn't true, of course, but it often felt so.

The Moscow Times gave me a niche from which to follow the story of an important, evolving art form at close range, and to bring it to readers who cared.

That is not a statement of bravura. Everyone who writes for a public forum wonders if anyone really cares.

Which brings me to the first, and, perhaps, my most cherished, memory of this job, a letter I received from a stranger, Rachel Rutherford, a director from Seattle, WA, just days after I ran a review of Robert Sturua's brilliant production of "Hamlet" at the Satirikon Theater in Oct. 1998.

Rachel asked if I could help her get tickets to the show because "I've got the plane tickets. It would be awful to get there and not get tickets for the play."

On occasion somebody did care, at least in Seattle, WA.

Throughout the decades there have always been choruses and choirs singing the death of Russian theater. Some Russian critics love to kill what they can't control. Theater, of course, is bigger and messier and more lively than all of us put together.

In the early 1990s everyone cried that there were "no directors." As I tuned that wailing out, I regularly wrote about the scintillating work of Pyotr Fomenko, Kama Ginkas, Valery Fokin and others who are now classics.

A few years later, in the mid-to-late 1990s, the new mantra was that there were "no new writers." This is precisely the period when Olga Mukhina, Oleg Bogayev, Yelena Gremina, Mikhail Ugarov and other major playwrights emerged with new voices and new visions for Russian drama.

By the turn of the century the explosion of new writing for the stage would be designated as the New Russian Drama. But if you read The Moscow Times in those years, you knew about these important artists before the labels were applied.

Much of the story made it into the newspaper. Not all of it did.

Another favorite memory is a chat I had with Misha Ugarov in late 2001. A press conference for the Golden Mask Festival had broken up and Misha approached me with his wife Lena Gremina, both of whom I had known for years.

But Misha didn't look like a friend coming to chat. He was a man on a mission. He launched into a spiel about the problems facing contemporary Russian playwrights.

"We must allow real Russian to enter the language of the stage," Misha stated forcefully. "Don't you think so?! Real people don't talk like characters on stage! Enough literature! Enough contrived language!"

It was a mini-manifesto delivered extemporaneously. But I only realized its importance a few months later when he, Gremina and some other writers and directors opened a tiny basement theater called Teatr.doc. It was to be devoted exclusively to the development and exploration of verbatim texts, or documentary theater.

These shows would be based on interviews, documents, journalism — anything but the flowery imagination of the lonely, suffering writer. "Literature" may have been great in the 19th and 20th centuries. But Teatr.doc sought to banish it from Russia's leading stages.

One of the biggest stories of the last 15 years has been Teatr.doc's journey, beginning as a feisty combatant defending the modernization of Russian stage language, and continuing its mission in recent years of being a forum for free speech and political independence. 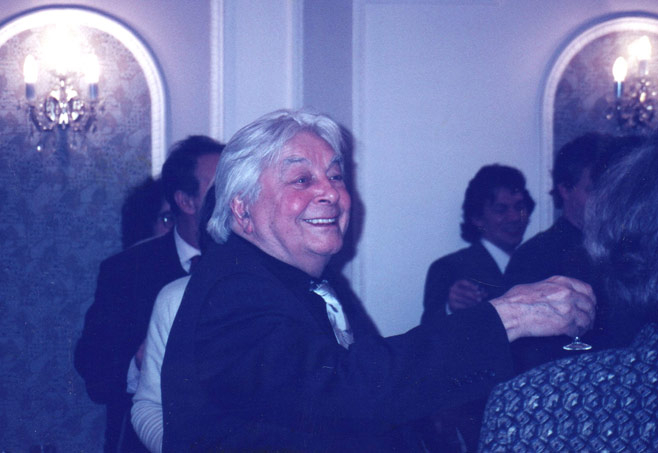 It is difficult to believe now how firmly Russian theater bucked western trends in the early 1990s.

Thus, even as conservative forces in Russia push for increased isolationism, Russian theater not only pushes back hard, but, as we see, with apparent ease.

It was not always that way, which brings me to one of the funniest things I remember hearing on the theater beat.

It was 1993 and the great German director Peter Stein was poised to premiere his all-day production of "The Oresteia" at the Russian Army Theater, whose stage was — and still is — so big you can maneuver tanks on it.

The idea for the show arose in the 1980s but it repeatedly ran into opposition. You see, the Russian Army Theater is nominally headed by the minister of defense. And the last Soviet defense minister was in no mood to turn "his" theater over to a foreigner.

Here's what I wrote in a February 1994 first-page account of the premiere, a piece expertly edited by editor-in-chief Meg Bortin:

"The project was originally banned in 1986 by Soviet Defense Minister Dmitry Yazov, who objected to a German director bringing a Greek drama to a stage belonging to the Soviet Army. In an ironic twist of fate, Yazov is now awaiting trial for his role in the 1991 attempted coup and Stein, 57, one of Germany's best-known directors, is receiving an overdue hero's welcome in Moscow."

I had reported Yazov's original response to the project — one of the purest comical lines I have ever heard — in an interview I did with Stein in late 1993.

"A German will stage a Greek with Russians on my stage," Yazov declared, "over my dead body."

Perhaps the saddest thing I watched in 25 years was the unraveling of the great Taganka Theater. It happened in stages — in the early 1990s, again in the mid-1990s, and then one final time in 2013, when founding director Yury Lyubimov got into such a vicious public argument with his troupe, that he resigned and walked out, slamming the door.

I followed those events closely in the paper, and every article I wrote was akin to stabbing myself in the heart. Lyubimov and the Taganka had created so much greatness, one wanted to celebrate that.

But the reality of life, of theater, and of creative individuals is such that the unruly story running parallel to greatness is often one of pettiness, short-sightedness and bungled opportunities.

Still, throughout the decades I stubbornly wrote primarily about the work, the theater, the art that Russia's theater makers created.

They inspired me. They challenged me. Every show — good or bad — was a new story to tell. A new angle on understanding the world. Russian theater encouraged me to see my surroundings as I had not imagined them. I always felt — and I continue to believe it — that this is the true, lasting story of Russian society and culture today.

Coups. Sanctions. Incursions. Subterfuge. Perfidy. Chicanery. They'll all take their place in the dreary line of political histories, some written by one side, others by another.

But the flesh and blood of the age that we encountered by quirk of birth; the personality, the humanity, the spirit, the passion, the aspiration of a nation seeking to redefine and remake itself — that's all there in its art.

It's been a privilege and a pleasure to share what I witnessed.