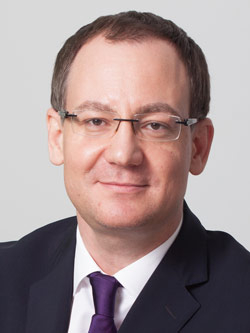 Russia has the largest territory and one of the longest coastlines in the world. Its geographical location makes it a country with both a great transit capacity and the shortest links between east and west.

At the same time, over the past 25 years, the number of populated settlements in Russia significantly decreased. Among the main reasons is a lack of regular transport links. Still some suburb settlements do not have year-round access to paved roads. This leads to significant costs for transportation on unpaved roads, which are almost twice as high as on paved roads.

In accordance with the 2015 World Economic Forum's Global Competitiveness Report, Russia is 74th place (out of 144 countries) in the quality of overall transport infrastructure and is 124th place in terms of the quality of its roads. The main reason is a lack of investment in the transportation sector. Meanwhile, every dollar invested in infrastructure projects generates a multiplier effect of $1.6.

If Russia removes the above mentioned infrastructural barriers, the transit potential of the country would be increased substantially — up to 20 percent of trade volumes between Europe and Asia could travel through Russia.

The law provides the right for a private partner to initiate the development of a PPP project. The Law aims to improve the availability and quality of public services, it suggests a list of objects suitable for PPP agreements, regulates in detail the basis of legal relationships, defines the statuses of financial parties arising in connection with preparation of PPP and MPP projects, and finally governs the mechanisms of that start or terminate PPP and MPP agreements. It also unifies regional legislation on PPPs. A major KPI set by the state for the governors is the number of PPP projects that are successfully financed. Both regional authorities and private investors now have great potential to open up the market and capitalize on over 130 projects with a total value of over $20 billion spanning across different infrastructure sectors.

It is expected that the next couple of years will show a higher demand for PPP/MPP projects in comparison with the concession agreements already underway. This is a good step towards the creation of a stable institutional base for the implementation of PPP projects in Russia. But while the Law aims to attract private investments to the national economy, it should not be forgotten that the risk of state investments into infrastructure is always much less than the risk of their absence. The essential conclusion is that government should keep investing into infrastructure and economy will follow.