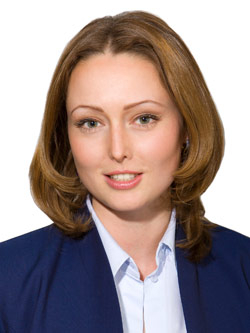 Russian law has always contained a general provision that buildings, structures and other immovable property should be demolished if they are (1) erected on a land plot that was allocated for purposes other than construction and/or (2) without the requisite permits having been obtained or (3) found in material breach of town planning and construction rules and regulations (Article 222 of the Russian Civil Code). Law No. 258 has changed the general definition to exclude the reference to immovable property, which signifies that the regulation, which was always designed to combat unlawful construction of permanent buildings and facilities, may now theoretically be applied to any construction, including temporary or non-permanent structures.

Most importantly, Russian law in general, and Article 222 in particular, has always rested on a fundamental principle that only a court may decide whether a certain building or structure is unauthorized, and therefore needs to be demolished. Law No. 258 has made a huge change to that principle, introducing a procedure for an administrative order to specify that a building or structure is an unauthorized construction. Starting from September 1, 2015, a local governmental authority may pass the relevant decision ordering a structure to be demolished if (i) the land plot in question was not allocated for construction purposes; and (ii) such land plot is located in the use-restricted zone (save for buffer zones of national heritage sites), in public areas or in the easement areas of federal, regional or local utility networks. It is evident that a significant proportion of unauthorized constructions may meet these criteria.

The administrative procedure prescribes that the order to demolish a structure must be delivered within 7 days to the developer which erected the structure in question. The order must also set a deadline of no more than 12 months by which the structure must be demolished. It is also possible for the local government administration to arrange for demolition by its own efforts should the respective developer have not been found, notwithstanding the local authority making public announcements about the demolition.

It appears that the new changes introduced by Law No. 258 in fact substitute a fair court trial in which every party is given a full opportunity to defend its position. Of course, the new administrative order does not exclude the option of going to court to challenge an order for demolition, but the limitation period for the developer to do this is only 3 months, which is an extremely tight deadline.