The 6th Moscow Biennale of Contemporary Art opens next Tuesday and runs for only 10 days. Its mouthful of a theme is "How to Gather? Acting in a Center in a City in the Heart of the Island of Eurasia," which looks at questions of how to live together today and collaborate to address future challenges.

The biennale's main program will present more than 70 Russian and international artists, economists, sociologists, and others on site at VDNKh's Pavilion 1, where daily talks, site-specific installations, performances, and workshops will take place.

According to the organizers of the biennale, this year's exhibition is a "think tank," "a declaration of intent and an invitation to engage. It unfolds as a space of gathering, in which diverse forms of thinking enhance the understanding of what art can be."

The Moscow Times caught up with one of the festival's three co-curators, Bart De Baere, director of the Museum of Modern Art in Antwerp, Belgium, for a short chat about the upcoming exhibition.

Q: Could you tell me a little more about how you interpret the biennale's theme this year, "How to Gather," and why it is a subject that needs to be addressed now?

A: We feel it is the most urgent issue we are facing at this moment, both on a large and a small scale. Everywhere we see a rising tide of distrust and misunderstanding. That is certainly the case in what is called geopolitics, the harsh and descriptive, matter-of-fact result of power politics, but also within social encounters on a people-to-people level, or in the relations between states and dissident voices. 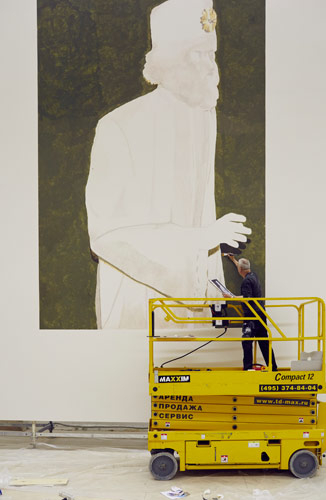 Tuymans’ painting is site-specific, designed just for the pavilion space.

Distrust and misunderstanding may lead to more brutal actions and reactions, which then lead to more distrust and misunderstanding. All of that might seem strong initially, but in the long run, it doesn't lead us anywhere but to catastrophes beyond repair, as we are now seeing in several places around the world. We seem to be particularly weak at this point in building trust and spaces in which different mindsets may meet and alternative thoughts may be generated that open different horizons to the near future. Art has always been an outstanding space for this, which is why we decided to engage these issues in the biennale.

Q: The duration of the biennale was reduced to 10 days, presumably because of financial constraints. How is this working out for the organizing team?

A: The financial situation of the biennale is almost hilarious. Its budget is 20 percent of the Sharjah Biennal, held in the poorest of the Emirate states, and 5 percent of the Sao Paulo Biennale, which is the international level Moscow's biennale should aspire to. It surprises me even from the point of view of the state, since a biennale can be quite a cheap way of raising a country's international profile, as Sharjah showed.

It also surprises me because the Moscow art scene is really strong in all sorts of ways. I think the art community should take ownership and responsibility for the biennale. The biennale's fringe program is fantastic. It will show the potency of the Moscow art scene in dozens of exhibitions. And the main program of the biennale also has a good chance of becoming exceptional. But if it does, it will be despite the budget.

Q: Why did you press ahead with the program then?

A: The three of us — Defne Ayas, Nicolaus Schafhausen, and myself — decided to use the limits to our advantage and to radicalize the set-up. We'll focus it on the urgency we feel.

We decided to engage, because we feel it to be so hugely urgent to maintain this platform which may be key to relations between Russia and the world at large — the rest of Europe to start with. When the budget continued to shrink, we decided not to withdraw but to find radical solutions instead. But this will be a one-time trick, I'm afraid. 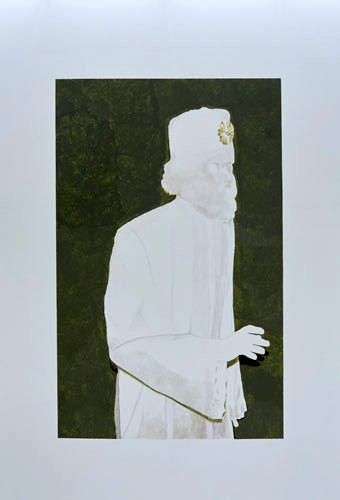 Q: It must be a relief that you've managed to pull it off. What are you looking forward to seeing?

A: This will be the shortest biennale in history — 10 days. We'll gather. The moment when art appears is the moment when it shows all its potency, its capacity to "rethink the world," which any visitor can appreciate. This is very much like the way a moment of dialogue is the moment in which new thoughts may appear. It's a risk that we embrace. We won't have the traditional certitude of a traditional exhibition, but we will have the potential that we'll learn and understand things in a different way. And we'll document and edit all of it, so there'll be a documentary exhibition on that same site afterwards and a web platform so that the world can hear it.

Q: Did Russia's international isolation politically limit the number participants and artists you wanted to see at the biennale?

A: Actually, there were not so many people who "couldn't come" in the end.

Q: Despite the circumstances, your team still managed to put together an excellent program, with many world-class speakers and artists involved.

A: Amazing, no? And you'll be able to be in the same space with them, and see their work and thoughts as they occur. If I were not organizing it, I'd still do what I'm doing now: I'd be here for 10 days to see it all.

The Moscow Biennale of Contemporary Art takes place from Sept. 22 to Oct. 1, 2015, at Pavilion 1, VDNKh. Prospekt Mira 121 (Metro VDNKh). A documentary exhibition about it will run at the same location from Oct. 3 to Nov. 1.

The Eid al-Fitr holiday is a feast marking the end of the month-long fast of Ramadan.
quarantine culture

A few events and films to honor the life and work of Joseph Brodsky.
quarantine culture

Go to the Russian Theater This Weekend

Take trips to Novosibirsk and Moscow to see the best of contemporary theater.