You're tired of Moscow. You want to get away from it all for the weekend, but you've done St. Petersburg a dozen times. Enter Uglich, a charming and tranquil town located on the banks of the glorious Volga River — an ideal getaway from the concrete chaos of city life.

Join the 360,000 people who take the trip every year and in so doing increase Uglich's population ten-fold. Jump in the car or take the — rather long — bus journey from Shchyolkovskaya, VDNKh, or Aeroport metro stations for just 550 rubles ($9) one-way.

With its pretty onion domes poking their heads above a quaint town square, Uglich may seem parochial at first glance. But don't be fooled. This little town offers more than enough fun, edifying and leisure activities to keep you on (or off) your feet all weekend.

Do be aware, though: the town is still a tourist work in progress. There are plenty of beautifully remodeled and maintained museums and old buildings, but not everything is cleaned up. So you may see some run-down areas in your peripheral vision.

You simply cannot visit Uglich without seeing its Kremlin. Built on the site of the much-contested death of Tsarevich Dmitry, the only heir to Ivan the Terrible, it is a beautiful example of medieval Russian architecture. In Uglich everyone insists that young Dmitry was murdered after Ivan's death in order to clear a way to the throne for Boris Godunov, the former tsar's right-hand man. Dmitry is considered to be the only saint in the Russian Orthodox Church who watches over children, which is one of the reasons that Uglich is a place of pilgrimage. Inside Dmitry's church within the Kremlin complex murals depicting his murder and the persecution of his killers cover walls that would usually be reserved for icons and biblical frescos.

Adjoined to one of Russia's oldest hydroelectric power stations is the bells-and-whistles Museum of Hydroelectric Power. The modern building has a seemingly endless series of rooms, ranging from the informatively detailed, through to the satisfyingly hands-on, to the downright weird. The museum covers not only the history of hydroelectric power in Russia, but also the world, and takes a look at how the prisoners of the gulag were the real workforce behind the hydroelectric project. For non-Russian speakers, don't expect to understand much unless you take a tour in  English, but for some light entertainment, do watch out for a couple of rather dodgy-looking mannequins.

You might need a sharpener after the technicalities hydroelectric power, so scoot across town to the History of Russian Vodka Museum. It's a short and sweet trip, but particularly sweet if you pay the extra 20 rubles to try some of the vodka at the end. The walls are entirely covered with vodka bottles, old and new, from across Russia, and further cabinets hold novelty bottles from all over the world, including an impressive vessel in the shape of a pig and a Chinese brand with "essence de pickled viper." It's only one room, but you could spend hours gawping at all the varieties of this classic Russian beverage on display.

Ever heard of Baba Yaga? Do you know what a "Bes" is? If not, you should definitely check out the astonishingly creepy Museum of Russian Legends and Superstitions. This will be great fun for you and your kids — provided that you understand Russian. Inside is a sinister jumble of mythical creatures once thought to wreak mischief on the lives of Russian people. The Brothers Grimm have nothing on Russian folklore.

Uglich is good for its munch. For inexpensive, hearty Russian cuisine, pop into Cafe Na Uspenskoi

Another great option is Fusion Cafe on the second floor of the Dom Kino cinema: Grab yourself a cold beer on the terrace overlooking the greenery of Victory Park, where you can watch the souvenir sellers peddle their wares and plan what you're going to nip down and buy afterward. Here meanwhile, your kids, who might be feeling a little fussy about what's on offer in some of the town's more traditional restaurants, can tuck into a variety of trusty Russian, Asian and Italian dishes. 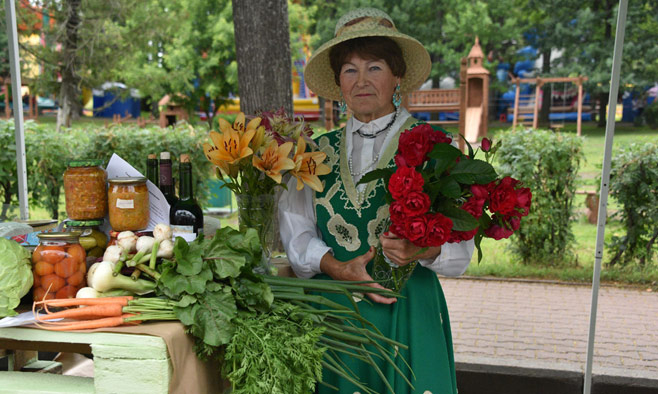 By far the best option, however is Stary Gorod — the king of chintzy restaurants. From the outside it looks like an abandoned Disneyland ride, and inside it's a mix-match of conference center meets "Saturday Night Fever." But, as they say, never judge a book by its cover. The food is terrific, and all of it is very reasonably priced. Try out the mushroom-stuffed chicken with curry sauce: sounds weird, tastes wonderful.

Dairy lovers should also keep an eye out for the "Ugleche Pole" brand to pick themselves up some delicious cheese, yogurt or sour cream organically produced in Uglich.

Uglich packs a real punch for lovers of nature and the picturesque outdoors. Located right on the Volga River, the city offers no shortage of adventures waiting for active types. All manner of river excursions are available, from yacht rental to a two-day kayak trip across 55 kilometers of river for the truly hardcore. For a calmer afternoon, rent a wheeled catamaran and enjoy a chilled day of fishing.

Sporty types might also want to have a look at the bicycle tours on offer. Push yourself to the limit with the two-day Golden-Domed Rus tour that will see you pedal your way to the end of a 45 kilometer route, stopping for meals and a night's camping.

If you want to combine exercise with some history, check out the numerous walking tours on offer in Uglich, variously focusing on mercantile history, art, religious history and the city itself. For those craving a little more excitement, the Museum Watch quest is ideal: you and your team work against the clock as you bounce from museums to monuments to monasteries in an attempt to answer all the questions assigned to you at the start.

Other attractions include tranquil horse rides through meadows and forests, visits to an ostrich farm, or the opportunity to spoil yourself rotten at hotel spas, banyas and beauty salons.

After all this activity, you'll need a decent place to lay your weary head. The four-star Volga Riviera is a classy hotel with prices ranging from 2,000-3,000 rubles (about $34-51) per night for a standard room, or up to 6,000-12,000 rubles (about $104-207) per night for a two-floor penthouse boasting impressive views of both the river and the town. It has its own spa complete with swimming pool, saunas, massage room and your own personal beautician.

Hotel Uspenskaya is the best of an otherwise uninspiring bunch, located on the town square, and is a stylish, comfy hotel sporting 22 rooms at 1,500-5,000 rubles (about $26-87), a sauna, parking facilities and a cozy cafe offering classic Russian cuisine.