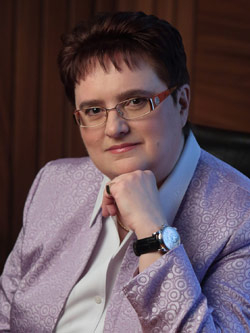 According to the latest travel market researches it could be obviously stated that now China is the fastest market that develops in terms of tourists wanting and going for new countries' experiences and discoveries.

For the last 5 years the number of travelers visiting Russia has been annually growing by 2-10% and from that number about 35% are Chinese travelers (and 35% of that number is accounted for Chinese travelers). Year 2014 was marked with more than 1,000,000 tourists from China visiting Russia and the China market appeared to be on the first place among all visitors both leisure and business coming to Russia and Moscow. Taking into account these numbers it appears obvious that the Chinese travel market is the most interesting and has a huge potential to develop and invest in.

Since last year Moscow's government has been implementing various programs to create a perfect homelike atmosphere for all Chinese travelers and their specific needs. One of the most successful was developed by the World Without Borders organization with its 'China Friendly' project. Crowne Plaza Moscow World Trade Centre hotel was proud to be among the first Moscow hotels to pass the accreditation and implement the program into our daily functionality.

'China Friendly' had some points that we had to implement first in our daily offered services before becoming a part of the project. For example most Chinese people use only their native language and to inform them of our services we had to make a professionally translated website and in-room TV systems guide. We also hired a Chinese-speaking person in order to promptly solve any possible upcoming questions. And that was probably the most challenging point for us!

I could also mention some other interesting innovations and services that were specially designed for our Chinese guests such as implementation of Union Pay system or special adapters standardized for electrical appliances that are free of charge to use.

One of the most interesting points that is to be mentioned is a special breakfast extension featuring fantastic traditional dishes of China created by World Trade Center brand chef. I could definitely say that this innovation is now popular not only with guests from China but also with all other guests as well. We constantly receive positive comments concerning the new breakfast dishes as well as requests for more innovations from Asian cuisines.

Besides that, the World Trade Center is advantageous in having a traditional Chinese restaurant with a native Chinese chef being quite popular within our guests.

Summing up, I could state that the special 'China Friendly' program adds great value to the hotel. We believe that being a part of the 'China Friendly' project opens great opportunities for our hotel by creating additional value to very specific but also exciting guests.