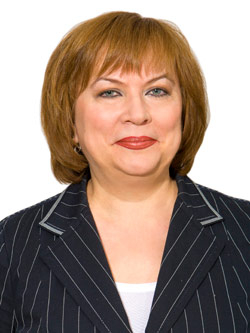 Certain amendments are essential, because they take account of the modern reality with regard to the demand for an item containing the results of intellectual activity. The law has changed the rules relating to the duration of exclusive rights to patents. It is well-known that a considerable number of industrial designs are relevant, in other words in demand from the market, over a fairly short period of time. Then they become obsolete and brand new products with a fresh and modern appearance need to be developed. Out of date products do not bring the required profits either to their manufacturers or rightholders. Such products are even no longer counterfeited. Consequently, there is no need for the exclusive rights to such industrial designs to be safeguarded and no legal protection is required to be preserved. On that premise, the term of exclusive rights to industrial designs has been reduced from 15 to five years. However, based on the application of a patent holder, this five-year term may be renewed multiple times, with the total term not exceeding 25 years from when the patent application is filed with the state intellectual property (IP) regulator Rospatent. (It should be noted that the previous term was also 25 years. However, the term was composed differently: 15 years with the possibility of renewal for no more than 10 years). The new provision may only be applied to patents for industrial designs issued based on the applications filed after 1 January 2015.

Amendments were also made regarding the duration of an exclusive right to an invention relating to medicine, pesticides or agrochemicals for which a permit is required. Now, additional patents will be issued for such inventions when the exclusive right is extended.

Certain amendments were made in respect of patented items with regard to liability for infringing the relevant exclusive rights. It has been established that an author or any other rightholder, when an exclusive right is infringed, may demand that the infringer pay compensation rather than reimburse losses. At the option of the rightholder, the compensation may be set:

• as a double the price of the right to use the utility or the industrial design. The price is determined based on the price charged in similar conditions for the corresponding invention, utility or industrial design to be lawfully used in the way the infringer used it (The Civil Code also sets a similar possibility to demand compensation rather than have losses reimbursed in respect of works, neighboring rights, trademarks and appellation of origin of goods).

Federal Law No. 530-FZ dated 31 December 2014 "On Amending Certain Items of Legislation of the Russian Federation Having regard to Strengthening Measures Aimed at Combating the Counterfeiting and Trafficking of Alcohol and Tobacco" has clarified the provisions regarding the protection of IP rights. In accordance with the amendments that became effective starting from 11 January 2015, as opposed to the above ones, tools, equipment or other media that are principally used or intended to infringe exclusive rights to intellectual property and means of individualization, based on the general rule, are to be seized and disposed of at the expense of the infringer (In accordance with the previous version of the legal rule, equipment and other devices and materials were to be seized and disposed of).

A new rule has been introduced allowing works of science, literature or art or a neighboring right item to be used on a free-of-charge basis. The rightholder will set the conditions and the period of such a free-of-charge use. If the period is not indicated, it will be 5 years. To do this, the rightholder will post a corresponding application on the website of a competent authority (authorised by the Russian Government). The application may not be revoked during its term and the rules for use stipulated in it may not be restricted. Unless the application states otherwise, the territory of use will be treated as Russia.

If the rightholder is an author, he may consent to his works being subsequently amended or supplemented with illustrations and explanations. However, the above may not distort the intent of the author, nor should the integrity of perception of his works be broken.

The new legislation will target organizations seen as “under foreign influence.”
unwelcome development

Russia has repeatedly expressed that it views NATO's expansion as a threat to its existence.
currency control

A strong ruble is not desirable for the Russian government, which fears it can hit budget revenues and exports.
Patriotic Push

The new advisers will be responsible for instilling children with “spiritual-moral values.”