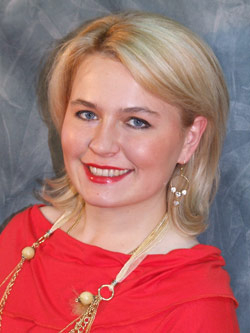 The region of Provence-Alpes-Côte d'Azur offers an exceptional cultural and natural heritage, picturesque landscapes, a pleasant climate, a wide variety of accommodation. Tourism has therefore naturally become a major sector of the regional economy. According to the PACA Regional Tourist Board estimates, international tourism counts for more than six million visitors each year, bringing in revenue about 5 billion Euros. The region is popular with European tourists, as well as visitors from Australia, the United States and Canada. Also, the French Riviera has always been very popular among Russians. They are attracted by the mild sunny climate, natural beauty, gastronomic traditions and history. The number of Russian tourists has grown steadily every year.

The village of Auribeau-sur-Siagne has some very pretty original cobblestone streets, still intact, between old houses — many adorned with creeping vines and climbing flowers. A well-restored 18th-century church sits at the top of the village and every hour, on the hour, its large bell rings to remind the inhabitants of the time. From here, there is also a pleasant, picturesque walk down to the crystal clear, trout-filled river, although, walking back up is a bit of a hike.

Below the village in Auribeau's commune of Moulin Vieux, there is a residential neighborhood built along the Siagne river valley, still surrounded by small farms growing carrots, potatoes, turnips, and various types of lettuce, which are sold as organic produce at nearby marché de paysan, or farmers' market. As rural as this town feels, it is surprisingly close to the bustling and more famous city of Cannes and just 10 minutes away from Grasse and its perfumeries: Galimard, Fragonard, and Moulinard.

Literally steps away from the center of Auribeau village is the unexpectedly impressive Château Hotel La Vignette Haute, a four-star luxurious hotel. The entry to the compound is decorated with real grape vines, eclectic statues and wagon wheels, stone wells and waterfalls, and a stunning Roman-bath-style pool with red and black tiles. There are cozy nooks everywhere for those seeking some shade and privacy, a large terrace with panoramic views of the hills for outdoor dining and an ivory canopy for cover. The stone walls of the building at once give the impression of a miniature medieval castle, covered in Victorian creeping vines and complete with a gothic-style turret, and surrounded by large pots of colorful geraniums.

Mediterranean nature, medieval architecture and the atmosphere of solitude make this hotel one of the best places for an exclusive holiday. All 16 rooms of the château hotel are decorated in a medieval style, antique furniture and each of them is absolutely unique in decoration and at the same time is fitted with modern amenities. Staying here, guests can enjoy the swimming pool, and the playground for playing petanque. A tiny farm at the hotel has real domestic animals, and paths buried in the verdure of the flourishing garden that are lit by 500 oil lamps.

At the Vignette Haute restaurant, the arts and the pleasures of the table are proudly presented through menus prepared by our Chef. Silverware, jugs, tumblers, table sets are made of pewter. There are dinning areas in la Bergerie (Animal Barn), la Grange (Barn), la Tour (Tower), by la Piscine (Pool), or on the Terrace, each of them has a unique character. It is amazing to be surrounded by this natural setting and a cool breeze, taking in the valley's panoramic view while enjoying a meal. The Chef creates elegant dishes based on regional produce and inspired by the rich nature and culture of the Provencal region.

The hotel "La Vignette Haute" is rightfully considered the pearl of the French Riviera. It attracts celebrities from all over the world. Princess Stephanie of Monaco, Federico Fellini and Mstislav Rostropovich, Madonna, Al Pacino, Gary Oldman and Roger Moore, Michael Schumacher, Diana Ross and many other stars have stayed in this hotel.

The convenient and amazing location of the hotel among this beautiful natural setting attracts visitors from all over the world. It takes just half an hour to drive from the hotel to Nice international Airport, and 20 minutes to the beaches of Cannes.

In spring 2015, the team at "La Vignette Haute" revitalized the hotel according to a new design concept. Mr. Jerome Viaud, Mayor of Grasse, and Mr. Jacques Varronen, Mayor of Auribeau-sur-Siagne, recently opened the new season at our hotel.