The Eurovision song contest will take place in Vienna in exactly a month, but if you are desperate to see a mishmashed collection of the continent's cheesiest music talent then head to the Korston Hotel, where 13 of the contestants will perform in a concert, dubbed a Eurovision pre-party, on Friday.

The concert organizers have also promised a surprise from last year's winner Conchita Wurst, which led some Russian media to report that he would also perform. This seems very unlikely as Wurst previously canceled a visit to Russia after a wave of  toward the bearded drag queen. The surprise is more likely to be a video message that Wurst left for the concert where he urges everyone to "stay unstoppable."

The concert will also have whatever the collective noun is for a bunch of unsuccessful Eurovision song contestants — perhaps a flop — on stage. The most famous of these is Tanya Volkova, from the group T.A.T.U., which came third in 2003. The Tolmachevy Sisters — who came in seventh last year — will be there too. And Zdob si Zdub, the superb Moldovan punk folk music group, which represented Moldova in 2005 and 2011 (coming in sixth and 12th) will also perform.

Russia's only Eurovision song winner, Dima Bilan, who won in 2008, will not sing, but Ell & Nikki, winners in 2011 for Azerbaijan will.

Organizers also promise a shoal of Russian pop stars such as long-running, self-generating girl group Blestyashchiye and the all male group Chelsi.  If all of them play, the night may go on as long as the Eurovision song contest itself.

The Eurovision is celebrating 60 years this year and to mark the anniversary it has bizarrely invited the very non-European country of Australia to take part.

Australian Idol winner Guy Sebastian, who is the third-favorite to win, according to the British bookmakers, will also play Friday. If Australia wins in May, the contest will not take place there but in a neutral venue in Europe.

The contestants who are coming to Moscow have left video messages to woo Muscovites to the concert. "Guy Sebastian here from Australia. I'm singing at Eurovision this year. That's amazing. I will see you there but first vote for my song," said Sebastian.

The Maltese contestant Amber, whose song is called "Warrior," said, "Remember there is a warrior in all of us" before adding the very unwarriorlike "I would be very happy to meet you all and take a selfie." 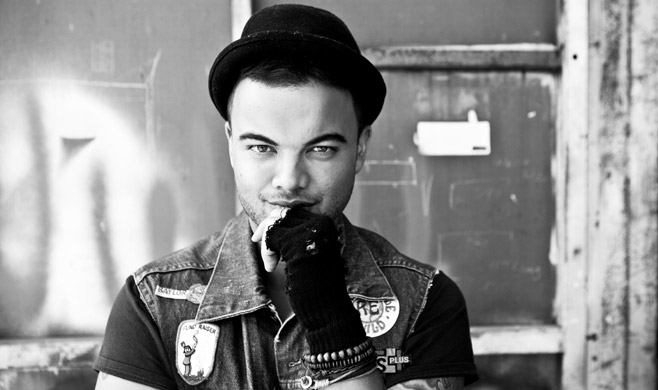 Part of their visit, according to the press release, saw them go on autograph sessions to Afimall shopping center late Thursday and will see them taking selfies with fans after their performances.

Russia is not the only place to have a Eurovision extravaganza before the main event. A concert starring Wurst, British winners Brotherhood of Man, three-time Irish winner Johnny Logan and Finnish cartoon metalist Lordi took place at the Hammersmith Apollo in London earlier this month and ended with all the acts singing Abba's "Waterloo" on stage together, the Daily Telegraph reported.

The mainly male audience reacted badly when the host mentioned Russia, booing loudly in a response to Russia's anti-gay legislation, the paper reported. Russia was booed at last year's contest too and may face the same this year

Nevertheless, even with such a reaction expected in Vienna , the bookmakers rate Russia highly as sixth favorite to win.