Spy novelist Jeremy Duns turns his attention to Oleg Penkovsky, the Soviet military intelligence officer who spied for Britain and the United States in the 1960s in his latest book "Dead Drop: The True Story of Oleg Penkovsky and the Cold War's Most Dangerous Operation." Penkovsky supplied the West with information on Soviet deployment of missiles to Cuba and has been dubbed the spy of the century. He was arrested by the Soviets in 1962 and executed the next year. In his book, Duns looks at the theory that Penkovsky was not a spy but part of a Soviet deception operation. "The career of Oleg Penkovsky reads like a story by John Le Carre," wrote Francis Wheen in a review of "Dead Drop" in the Mail on Sunday.

Jeremy Duns sat down with The Moscow Times in a Skype interview.

Q: What interested you in Penkovsky and when did you first hear about him?

A: I've been interested in espionage, particularly Cold War espionage, probably for about twenty years — reading John Le Carre and stuff like that. Slowly, as I became more steeped in espionage fiction, I started reading more nonfiction about espionage, and then I started writing my own spy novels, which are set during the Cold War: The first three are set during the sixties. And so while I was doing that, I was researching other stuff and I came across the Penkovsky case, which is one of the biggest cases of the Cold War. I found it a very fascinating case.

Q: What led you to write about him?

A: I was writing my third novel, which is called "The Moscow Option," which is partly set in Moscow during the late sixties, and I was trying to research what it was like for MI6 operatives in Moscow and there wasn't all that much nonfiction about it. The main nonfiction that was about it was about the Penkovsky operation, so I read a lot about the Penkovsky operation again, and when I was reading it again there were a few discrepancies in it that struck me, particularly that it had never been solved how the KGB had detected Penkovsky; they had come up with an explanation that it was accidental, but it didn't really seem very likely. So I started thinking about the idea of writing a new investigation into the operation. 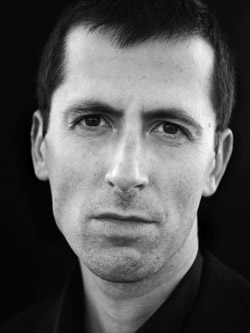 Q: When you started off with the book did you have a certain idea what would be at the end, or was it a journey as you were writing it?

A: I had to come up with quite a lot of research to get the book contract, because a publisher's not going to give me an advance to write a book if by the end I go, "Well, actually, there's nothing here and I don't know." So my pitch for the book was actually about a quarter of the length of the book. So I had the basic outline of what I wanted to do because the outline of the operation is very well-known, and then at the end of it I wanted to examine the aftermath, how it has been portrayed in fiction, how it's portrayed in "Spycatcher" by Peter Wright, but the thing I didn't know was what the solution was and over the course of the book I had four or five that sort of seemed possible, and eventually I kind of honed in on the one that I presented as the climax of the book, as what I think is the most likely explanation of what happened toward the end of the Penkovsky operation and how the KGB were able to detect him.

Q: Did you come to Moscow/Russia for your research?

A: I didn't, partly because quite early on I asked the authorities whether they were going to declassify any of the files, and they never replied to my multiple requests, so I sort of thought, "there are tours, you can go on Penkovsky tours." He was in London, he was in Paris, he was also in Moscow and there are locations that you can visit that he went to in 1961 and 1962. But I had most of that information about where he had been and you can visit them in real time if you watch documentaries, for example, of the time. What I was really interested in was trying to get hold of people who were involved in the operation and interviewing them, so I could get some kind of insight. One of my interviewees was Felicity Stuart, who worked for MI6 in Moscow during the operation, and she was fantastic. She gave me lots and lots of information about what life was like there and sent me paintings she had done, photographs, unpublished memoirs she had written, describing life at the British Embassy in Moscow — what it was like working for Ruari Chisholm, who was the MI6 station chief. So all of that texture was what I was looking for.

Q: Has there been any action from the Russian side?

A: I have had one interesting reaction, not from the official Russian side but from a former KGB intelligence officer who defected to the U.K. He contacted me six months ago to suggest that he had a slightly different theory about what had happened, involving a high-level traitor within the CIA, and that I'm kind of looking into. There's no hard evidence for it unfortunately, but it's an extremely intriguing possibility, so that's a kind of Russian reaction I've had.

Q: Everyone's talking about U.S.-Russian relations now. Do you think there will be novels written about this period now and the relations between Russia and the U.S.?

A: Oh yeah, I think they're already starting. I think in the next few years there'll be dozens of novels with loosely disguised versions of Snowden, and there are already a number of spy novels with loosely disguised versions of Putin. There's a lot of talk about the new Cold War, but another way of looking at it is that it's the same Cold War, but we had a temporary pause in it, and now it's resumed. Putin grew up in the Soviet Union, he was in the KGB, he was director of the FSB — it's a kind of continuation if you like, and perhaps we were lulled into thinking that things had changed. It's not quite as serious a situation but it's not far off. "Dead Drop" has just been published as "Codename: Hero" in the States, and the Penkovsky book is set during the Cuban Missile Crisis, and I don't think it's an exaggeration to say we're in the worst situation in terms of Russia-West relations now, since that crisis.